On track with Cody Miles

Our buddy, Cody Miles, is absolutely tearing up the west coast in the Redline Time Attack series in his Air Lift Performance equipped 2006 Subaru STi! You may remember Cody from his #LifeOnAir article awhile back, talking about the progression of his car and his decision to use air suspension on a track car; something taboo in the […]

Our buddy, Cody Miles, is absolutely tearing up the west coast in the Redline Time Attack series in his Air Lift Performance equipped 2006 Subaru STi! You may remember Cody from his #LifeOnAir article awhile back, talking about the progression of his car and his decision to use air suspension on a track car; something taboo in the realm of road course racing only a few years ago until Air Lift broke the mold with their own Subaru. Now Mr. Miles has taken up the gauntlet hitting the track aggressively and bringing home trophies!

When it comes down to it, possibly one of the coolest parts of Cody’s Subaru is that it’s still a street driven car. Prior to his race at Buttonwillow, the car was driven to the Formula D event in Irwindale and was used as a booth car at the Air Lift Performance compound. The next day the car was driven to the track for a test and tune session with a couple of Air Lift Performance engineers, who were able to improve on the set up and give this Subaru a bit more grip and stability, but more on that later! 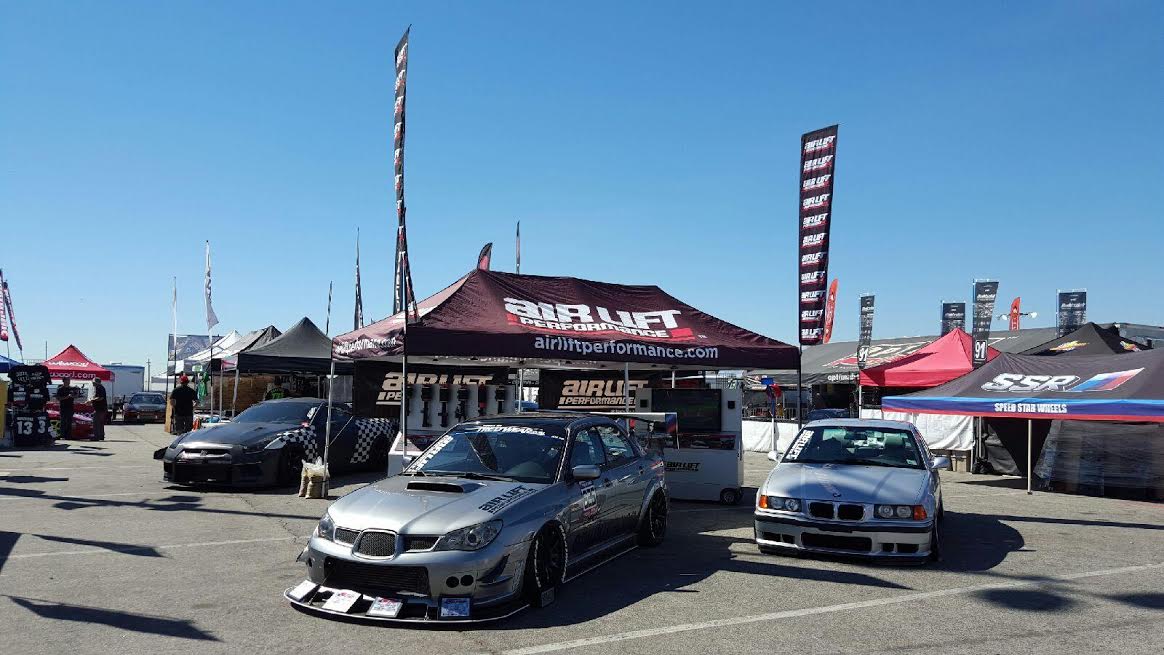 This time around, we are handing the keyboard over to Cody so you can get the story straight from the man himself.

To say I was excited coming into round 7 of Redline Time Attack would be an understatement. Buttonwillow Raceway is my favorite track, and I couldn’t wait to push some limits and try for a new personal best. Aside from being an incredibly fun track to drive, Buttonwillow Raceway somehow manages to offer amazing weather conditions every time I show up. 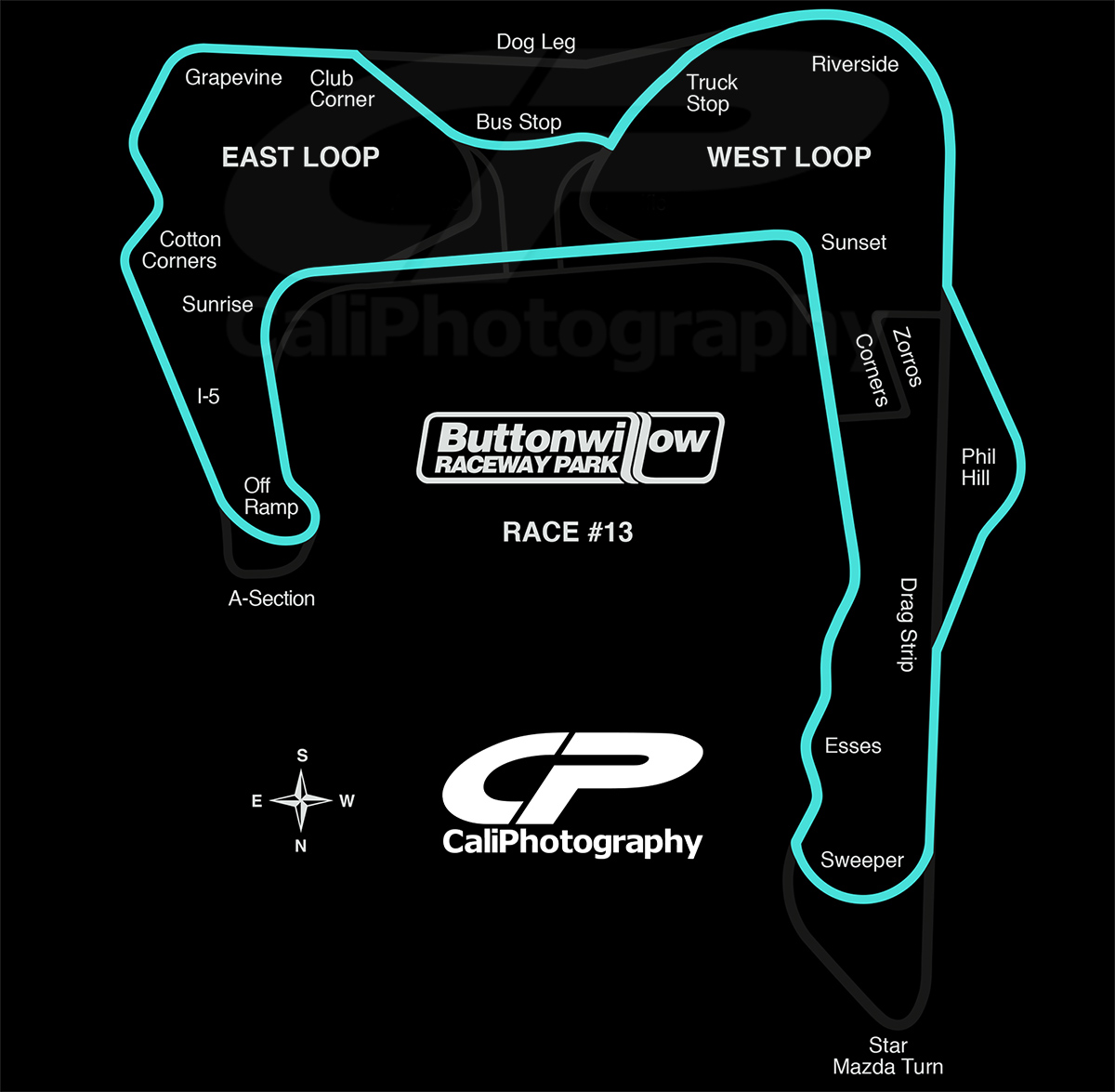 I arrived at the track on Saturday morning with clear skies and optimal temperatures, I knew this day had the making for low lap times. After a brief drivers meeting, we were off to practice. Although the track was a bit slick in the morning, the car felt solid. I was able to get in a few run sessions, slowly working toward faster laps. Since this was simply a practice day, with the race only a day away, I didn’t want to push too hard and risk breaking something. However, sometimes there’s no way to avoid a mechanical failure… About half way through the day, I was heading down a straight away when the car suddenly choked, lost most of its power, began misfiring, and threw a CEL in my face. My heart dropped, as I started thinking the worst… Optimistically, oil pressure was good, there wasn’t a massive smoke screen billowing from my exhaust, and temperatures were normal. This gave some relief as I slowly gimped back into the pit. After reading the codes, it seemed that cylinder 1 was causing my issue. I pulled the spark plug, which looked fine, then decided to intentionally leave the coil pack disconnected to see if the engine ran any different. The car ran the exact same with the coil pack disconnected, which meant my coil pack was dead. Great! Now I had 18 hours to get my hands on a working coil pack if I was to be ready for race day. After bugging other Subaru owners and a few phone calls, I had a working coil pack scheduled for delivery the following morning. Needless to say, this was the end of practice for me. 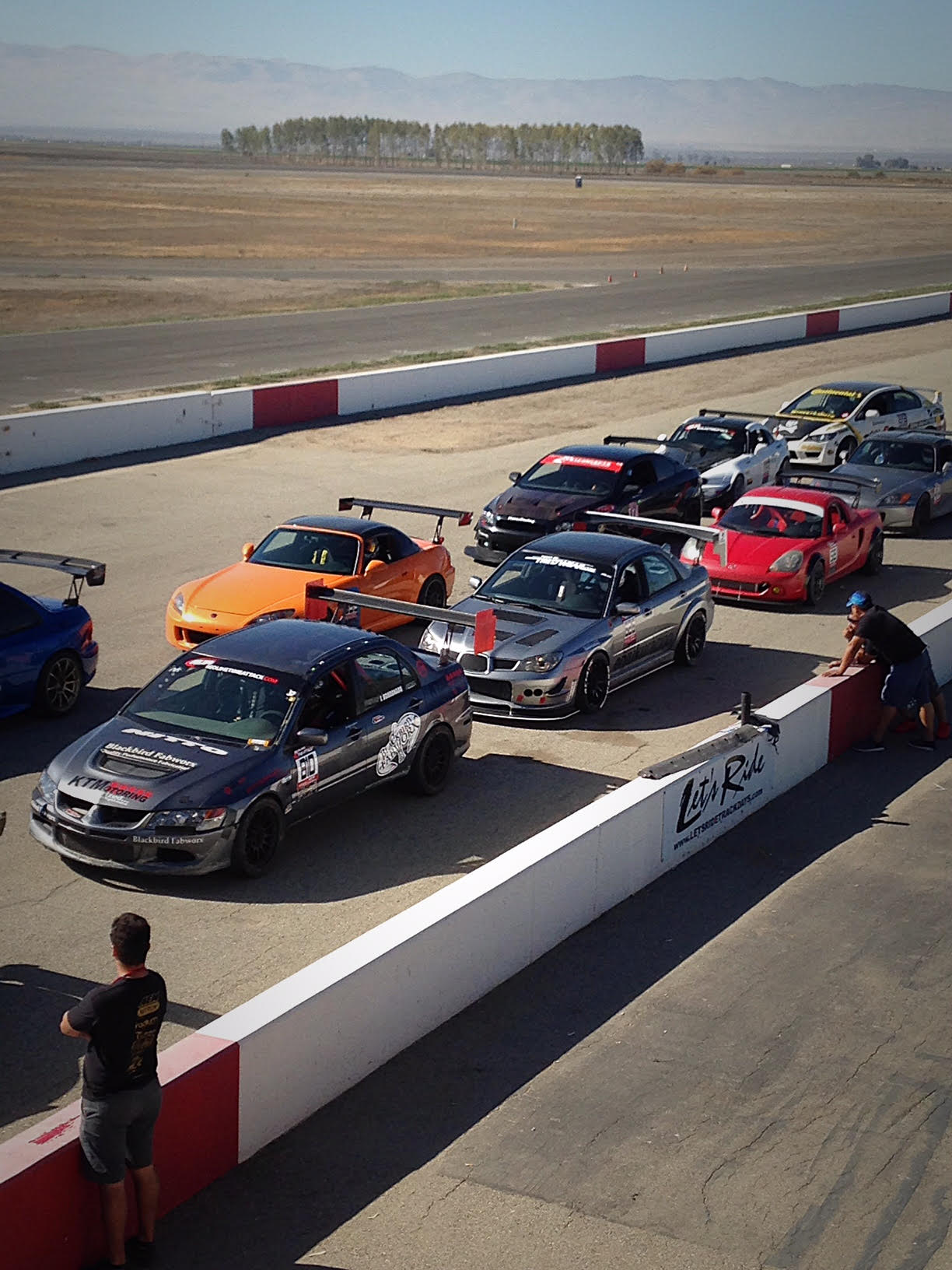 With my part arriving the morning of race day, just before qualifying began, I quickly got things sorted and the car was back up and running. During qualifying I started to push harder and harder, taking more risk, in order to figure out my lines. After a total of about 5 qualifying laps, I was confident with the time I had put down to determine my grid for the first timed session. At this point I was already running a 1:57.9, which is 2.1 seconds faster than my previous best at this track. This was a great feeling, as it confirms that the changes made to the car since round 1 are indeed having a positive impact on performance. Once it was time for the first timed session to take place, I rolled over to grid and lined up with the other Group A drivers. Within a few minutes, we were sent out to put down a single lap that actually counted. The pressure was on as this is when mistakes have to be non existent. I put down what I thought was my fastest lap, however, due to a car spinning off and creating a solid wall of dust ahead of me, I had no choice but to lift from throttle for about a half of a second as I ran through it… Hoping that I wouldn’t find a stopped car on the other side of it. This half second might not sound like much, but that’s all it takes to ruin a lap when milliseconds matter. During that first session I still managed a 1:58.2. I thought I might be able to improve that time on my next outing, but even after my second timed session out, the 1:58.2 still ended up being my best recorded lap. 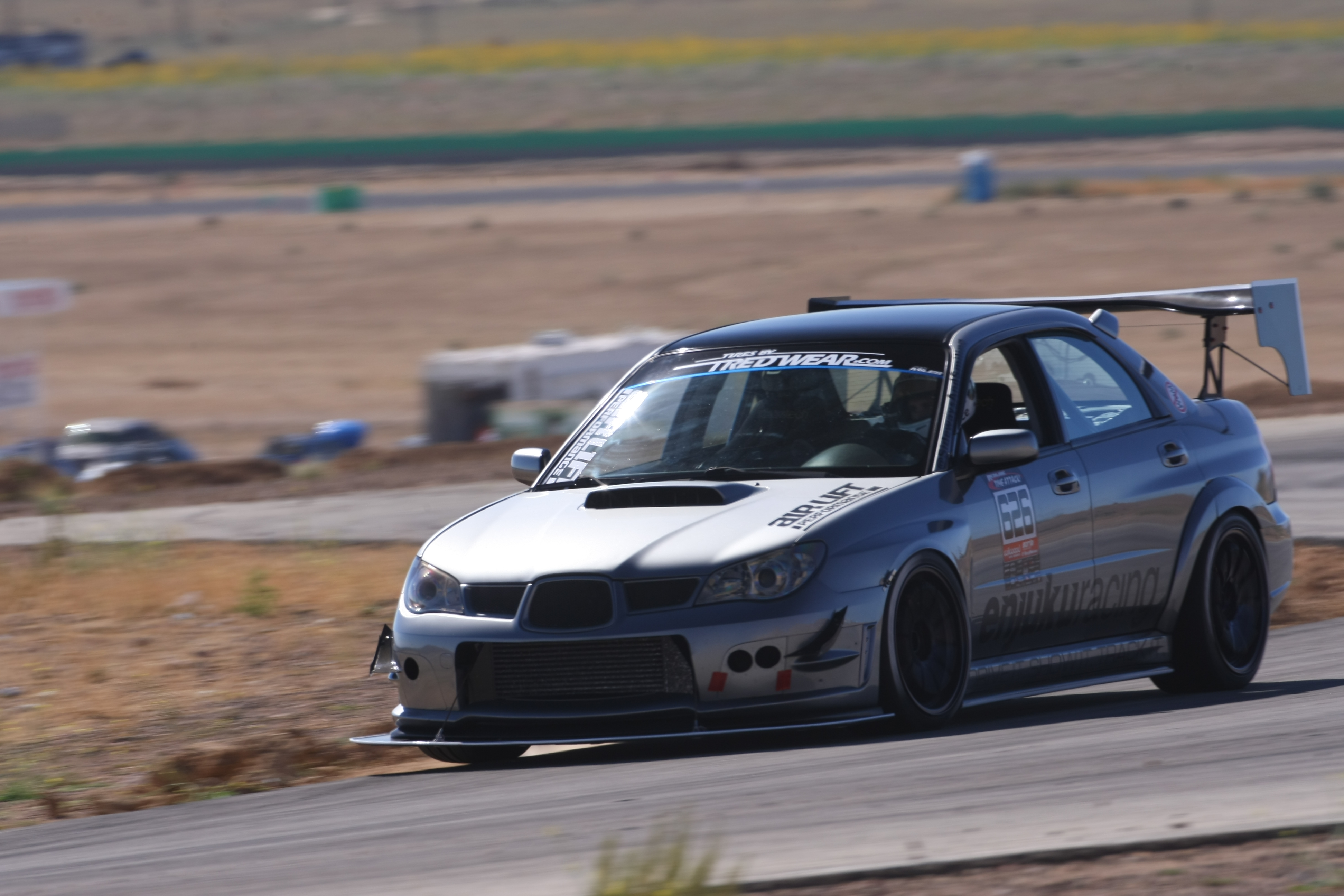 Overall I ended up with another 1st place finish in the AWD Street Class by several seconds, as well as a new personal best for Buttonwillow Raceway! Despite the minor coil pack issue, the car ran the entire weekend without a single issue and continued to take every bit of abuse I could throw at it. After getting air several times, blowing a few corners resulting in offroad adventures, high speed power slides, and flying through blind dust clouds at 100mph, the car is still 100%. Ending a race weekend with an evident sense that all the hard work and dedication is beginning to pay off is all you can ask for, so to have that plus a car that’s still 100% operational is amazing. I couldn’t be happier walking away from Round 7 of Redline Time Attack. Now onto the final round of the Redline Time Attack Championship in less than a month. Stay Tuned!

To keep up with Cody’s #lifeonair, check him out on Instagram @sidewaysandsmiling

I'm definitely in love with the way it rides.