Here at Air Lift we cannot wait for the 2014 show season to start, so to get us in the mood we’ve dedicating our first #ThrowbackThursday to one of the best VAG shows in the world – Worthersee.

Here at Air Lift we cannot wait for the 2014 show season to start, so to get us in the mood we’ve dedicating our first #ThrowbackThursday to one of the best VAG shows in the world – Worthersee. Most auto events attract punters the day before to set up camp and get their cars ready for display, but at Worthersee fans arrive weeks early for a non-stop VW-themed holiday! Consider it a kind of VW Mecca – thanks to Austria’s central location in Europe, car enthusiasts from as far as Russia make the annual pilgrimage to be with like-minded enthusiasts, all eager to show off their motors in front of the largest crowd possible. 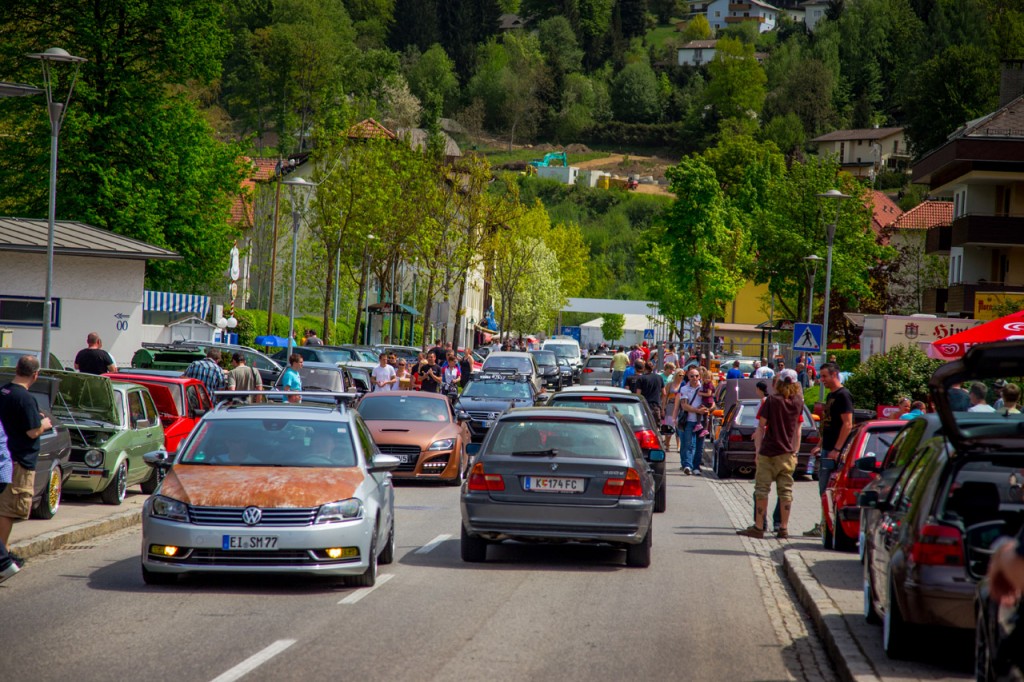 Everywhere you look is filled with amazing modified cars – cafes, car parks, supermarkets and hotels – the whole town becomes engulfed by Volkswagens and the local residents love it. Seeing hundreds of slammed VWs line the streets suddenly become the norm, and if you need petrol from the local ENI station you can forget about it! 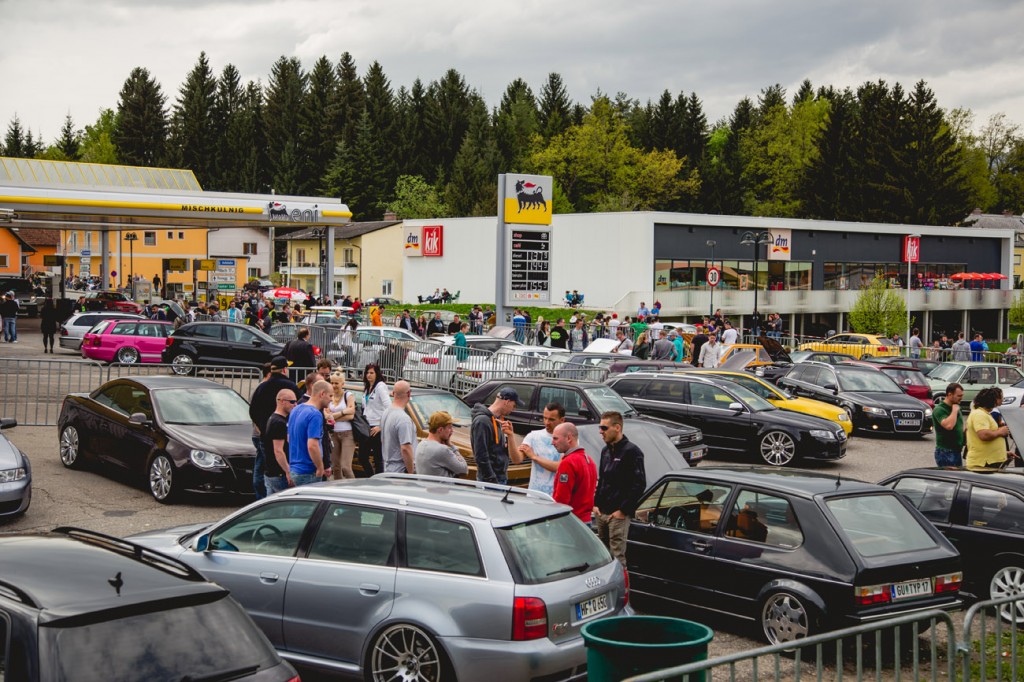 In fact, every year Mr VW himself rents a nearby villa, sets his deck chair on the side of the road and watches as enthusiasts showcase past and present models – how cool is that? 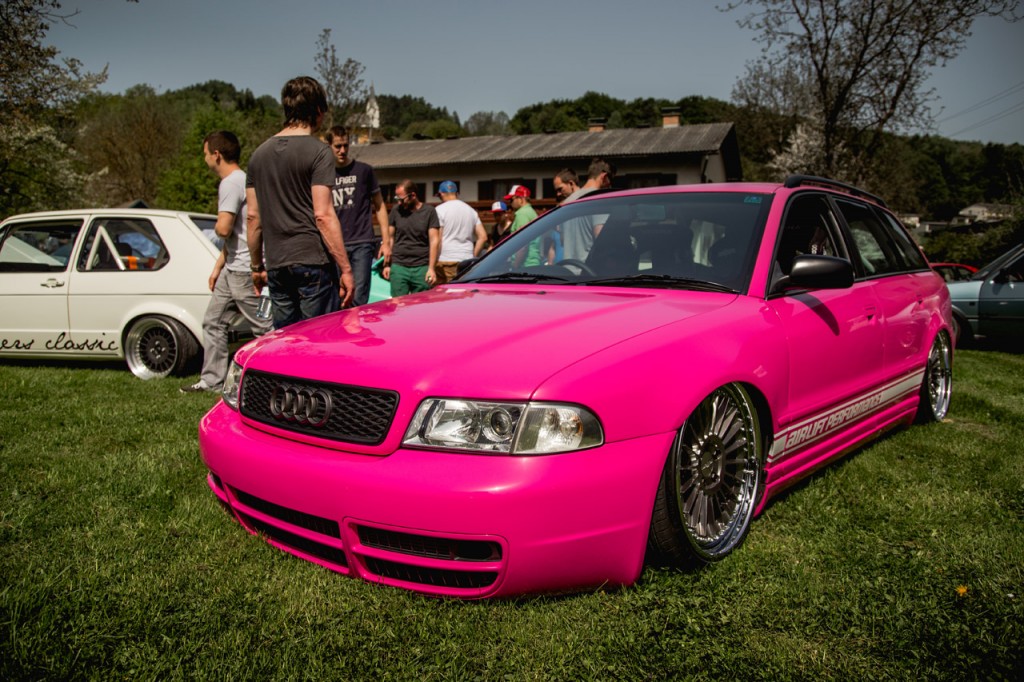 Part of the Worthersee charm is the road trip down there, and for 2013 we teamed up with the guys from Players to make the epic 1000+ mile journey cutting through France, Belgium and Germany. Also joining us was a seriously-special Porsche 964 owned by Brian @ Rotiform Wheels, a car which was shipped from California to the UK before being transformed with a new interior, engine and paint ahead of its cross-Europe road trip. 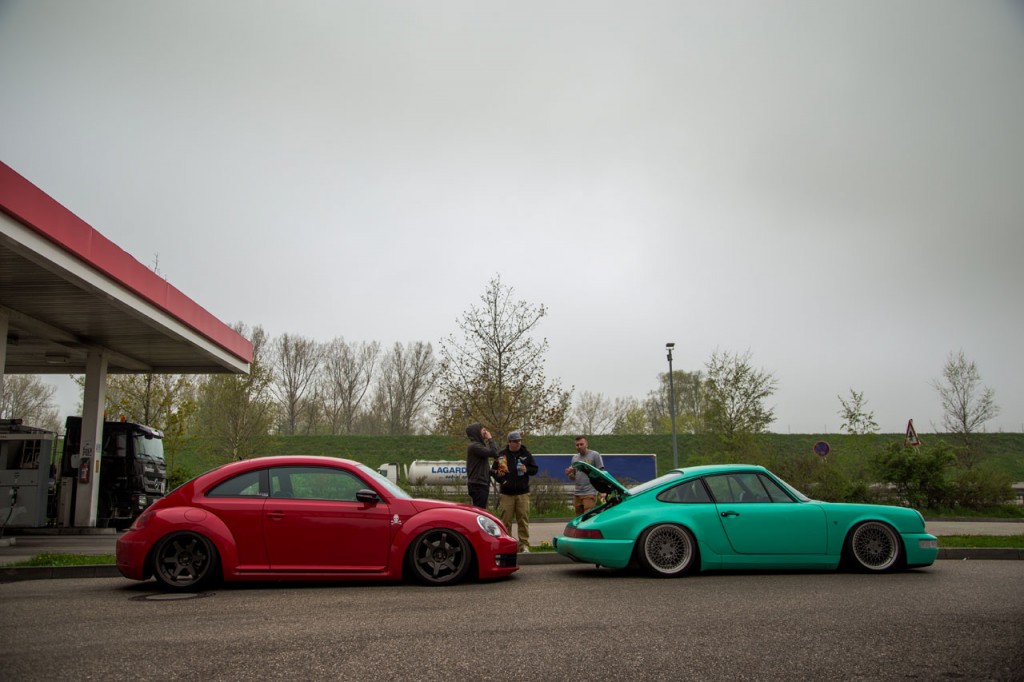 You can check out a previous blog post on this trip by clicking here. 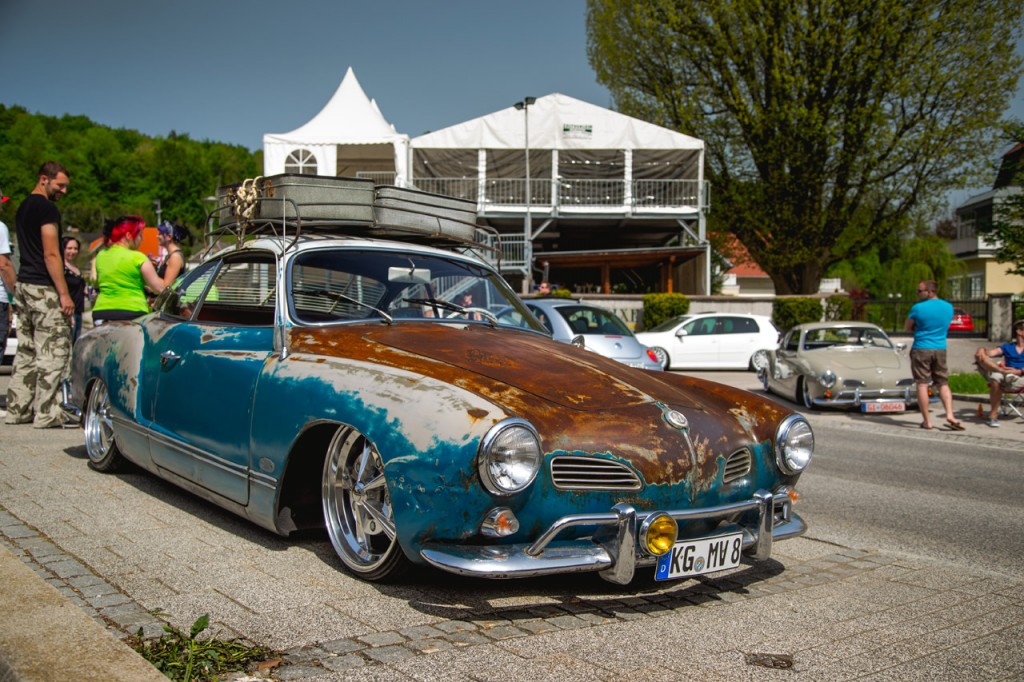 The ENI (formerly Shell) Mischkulnig petrol station is one of the most famous venues at Worthersee, and trying to explain why to those who haven’t been is pretty tricky. It’s a petrol station, simple as that. There’s an Aldi across the road and a car park to the side of it. But unlike normal petrol stations which go berserk when more than two modded motors arrive together, the ENI Mischkulnig fully embraces it! 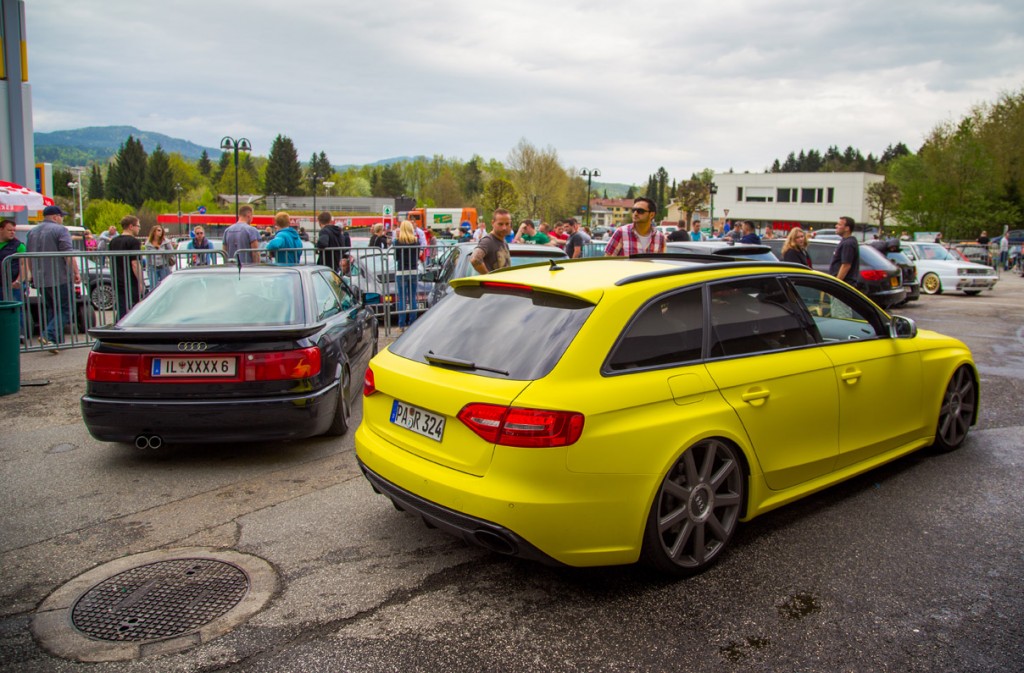 ENI staff open up additional parking and there’s four extra cleaning bays for those who need to do some last-minute detailing. Hundreds of people line either side of the road as a constant stream of quality VWs blast past before parking up. There’s even webcams setup for those who want to check out how busy it is before driving over – check ‘em out here! 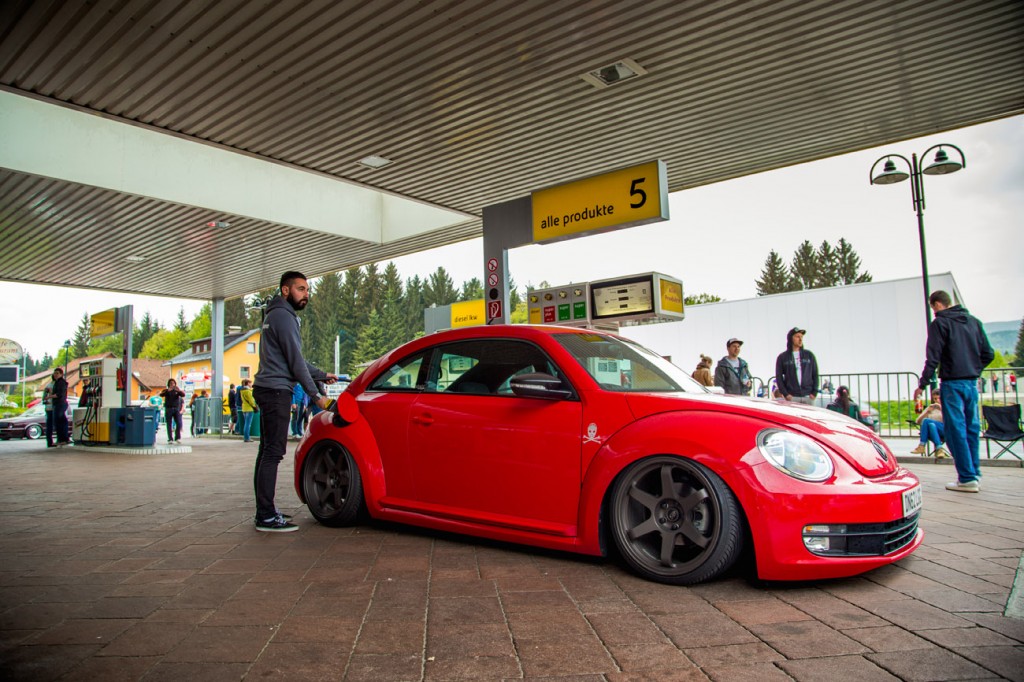 It’s a properly surreal experience given the normality of the location, but it sums up exactly what Worthersee is all about. Locals do their best to accommodate the influx of petrolheads with bars, takeaways and petrol stations open all night long for those arriving. You can visit the ENI Muschkulnig at any time, night or day during Worthersee and guarantee to bump into other enthusiasts. That’s what makes it such an awesome venue. 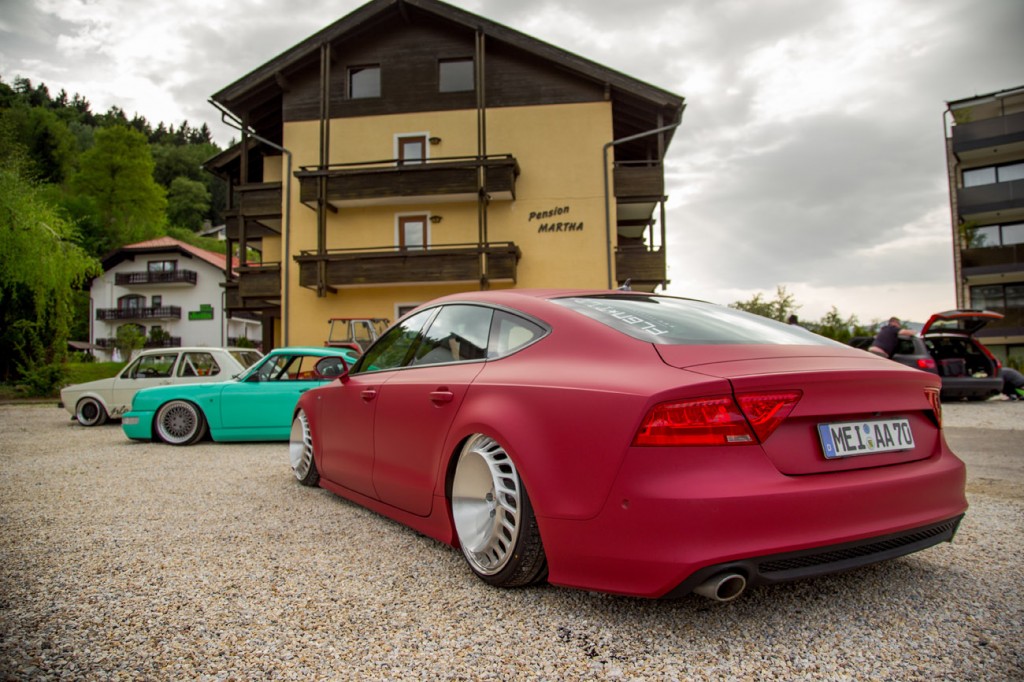