Hot Rods and hatchbacks don’t usually go hand in hand, but that doesn’t necessarily mean that they shouldn’t! For this week’s #ThrowbackThursday, we’re taking a look back at “Alter-Ego,” a collaboration between MC2 Magazine and Hot Rod builder Pfaff Designs. Unusual? You bet. Seriously cool? Definitely. 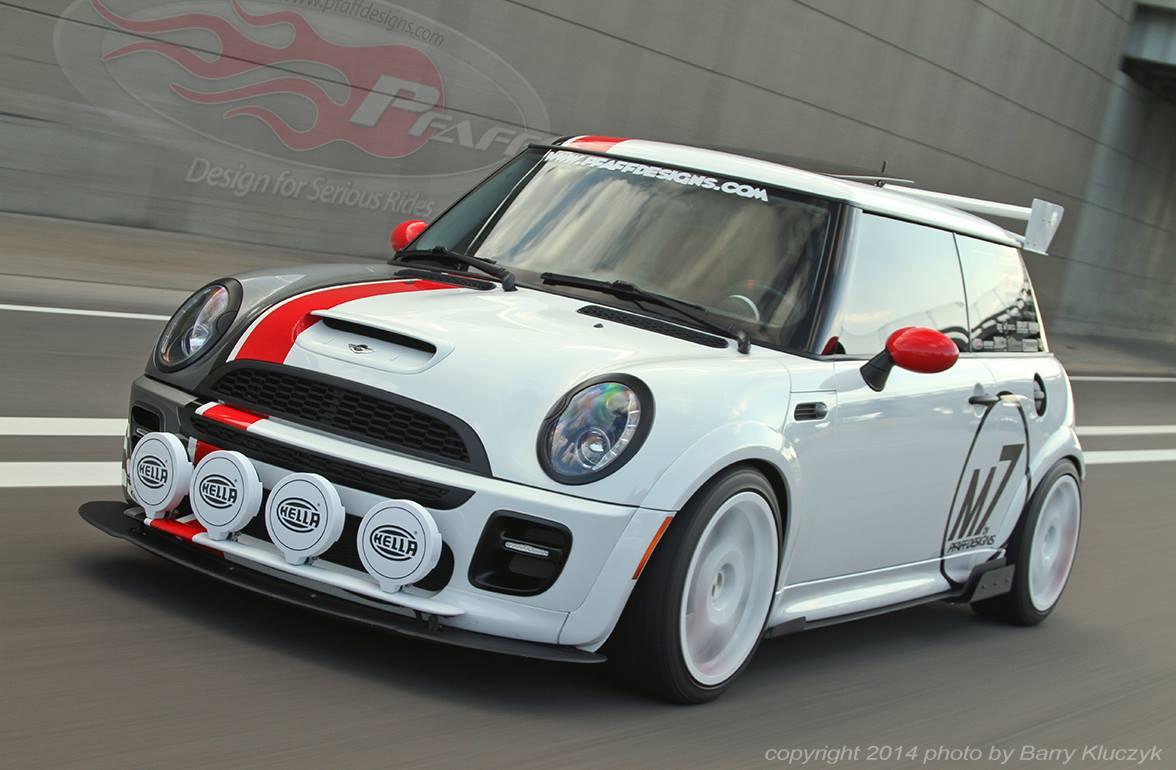 Project Alter-Ego was born when Hot Rod customizer Murray Pfaff approached MC2, a magazine for Mini Cooper owners, looking to transform his R53 into something special. At the time, the R53 was Murray’s daily driver, racking up a cool 75,000 miles and seeing its fair share of nasty Detroit winters.

When you spend every day fabricating made-to-order body parts for V8 muscle, the thought of chopping up something totally different can be overwhelmingly tempting, and Pfaff was not one to resist. So, with the help of MC2 Magazine, the project was born, preparing for its debut in 2014. 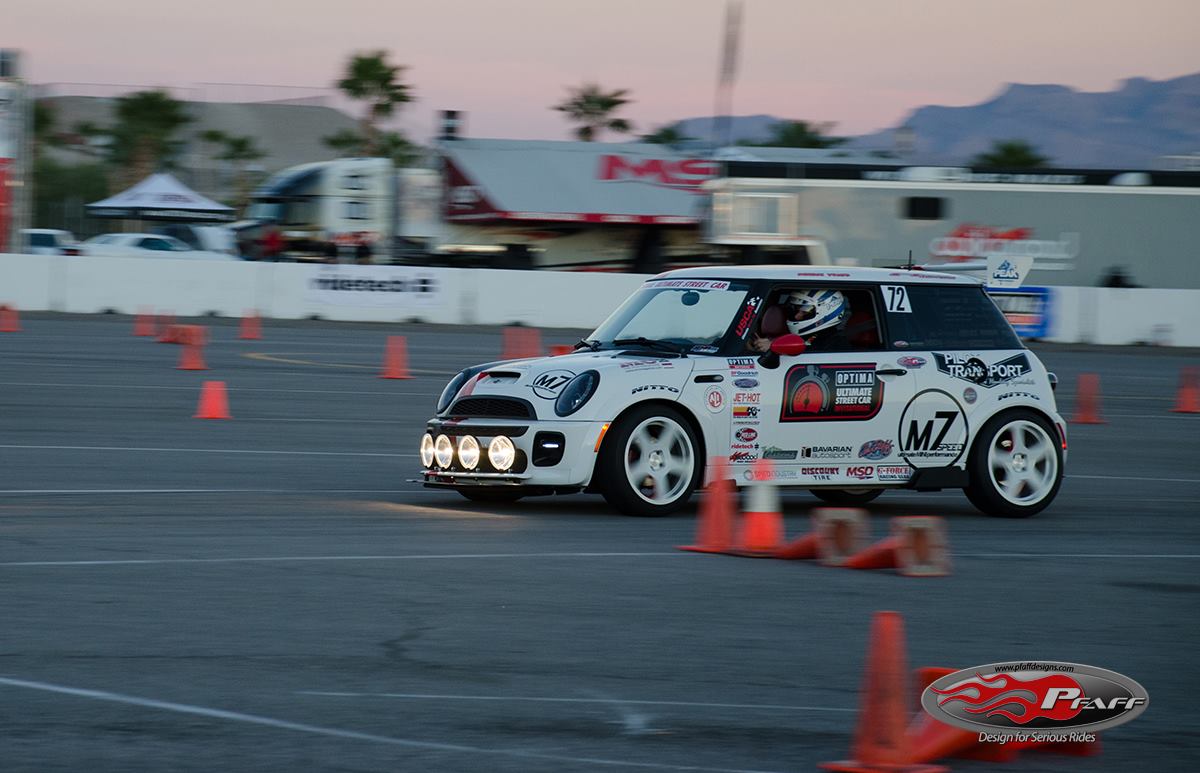 “It all started with Murray’s e-mail to me in September 2013, introducing his ideas for his 2002 MINI. I was more than curious, as here was this “hot rodder” building all sorts of Detroit iron (we Brits could call them Yank Tanks due to their weight), including his own creation of an Imperial Speedster,” explains Barry Brazier from MC2 Magazine.

“To our delight,  Murray wasn’t just looking for a few basic fixes — he wanted to dive into the deep end of the pond with a complete restyle, paint job, while maintaining the original drivability. We were greatly relieved that he didn’t want to drop in a small-block V8, given his own hot rod builds!” 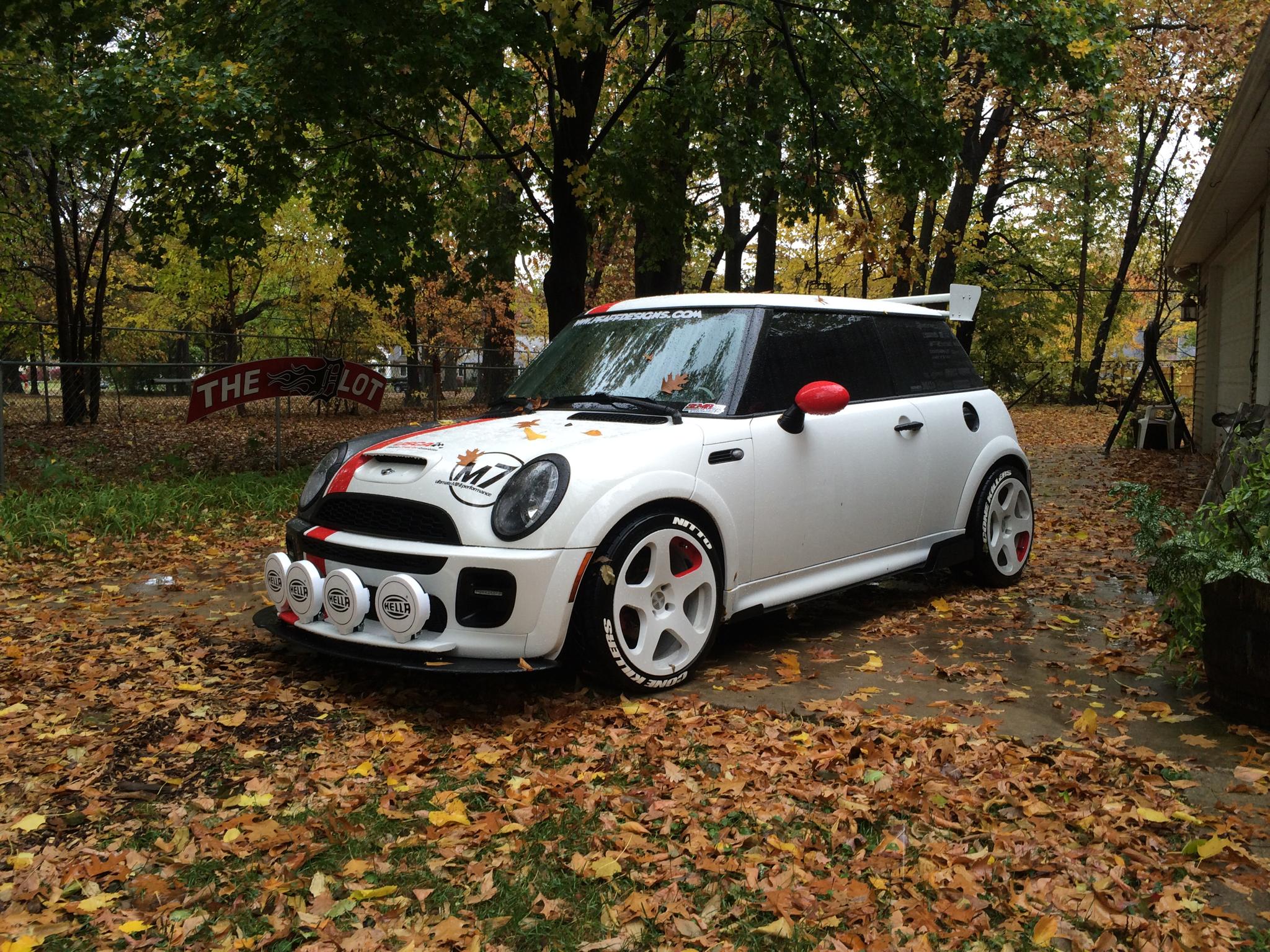 The R53 turned out to be in pretty good condition, despite its constant, year-round use. So, after a few sketches and brainstorming, the project commenced and, as you’d expect, Air Lift Performance was more than happy to be involved! 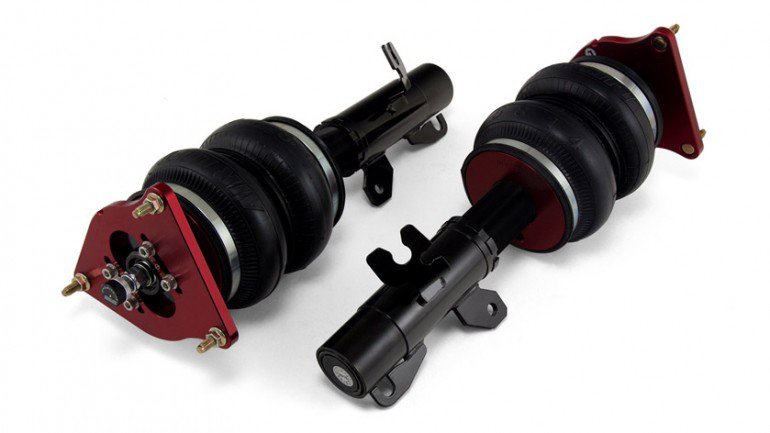 Starting with the front, we replaced the front struts with threaded-body, monotube, 30-way adjustable struts, topped off with smooth-riding, double-bellows air springs, allowing for a 4.0″ drop from factory ride height.

In the rear, Air Lift Performance opted for a progressive-rate, sleeve-style air spring, mounted to a monotube, 30-way damping adjustable shock, all working to create a massive 4.9″ drop from that original off-road altitude – more than enough for the most seasoned Hot Rodder!

The end result was a seriously cool build that proved to be a refreshing breath of fresh air compared to the traditional Mini builds of the time. What’s more, the car can still be found tearing up the racetracks, doing what it does best. Since then, we’ve released another Performance Series air suspension kit for the R55/56/57 MINI.

You can find out more about project Alter-Ego by clicking the following link: https://www.facebook.com/alteregomini/