More Than This: A Look Back at Gridlife Midwest

After a long off season of tearing the car down and completely refreshing it with more power, better brakes, and a fresh new look, the start of racing season had finally arrived. The term “off season” can be a bit misleading, as to some it may imply time off and away from everything. That couldn’t be farther from the truth actually, as the amount of work that goes in behind the scenes just to make racing possible can be a bit overwhelming. 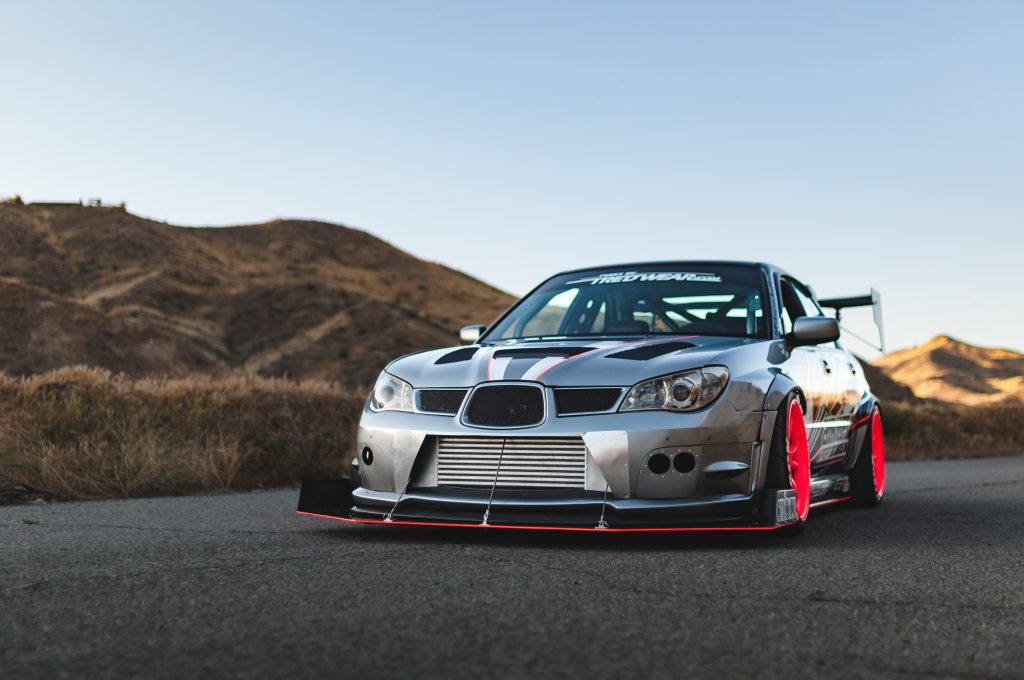 Aside from upgrading the turbo, fuel system, and intercooler setup, I worked at having a new livery designed. I wanted to give the car a more signature look that really complimented everything it had going on. After a few weeks of designing and altering the rendered image, it was time to have it printed. Once printed into something tangible for the first time, I put about 38 hours into applying all of it. This was a prime exercise in patience, but honestly felt more like therapy for me personally. There’s something calming about applying vinyl and bringing an idea to life, not sure what it is exactly, but I’ve always enjoyed it.

With several months of work into the STI in preparation for its first battle of 2018, I loaded it up and began the 2,200 mile trek to Michigan where Gridlife Midwest was soon to take place. To any of you who aren’t familiar with Gridlife, I suggest looking into it. The events basically combine race cars with partying, and I’ve yet to have a better time at a race track! 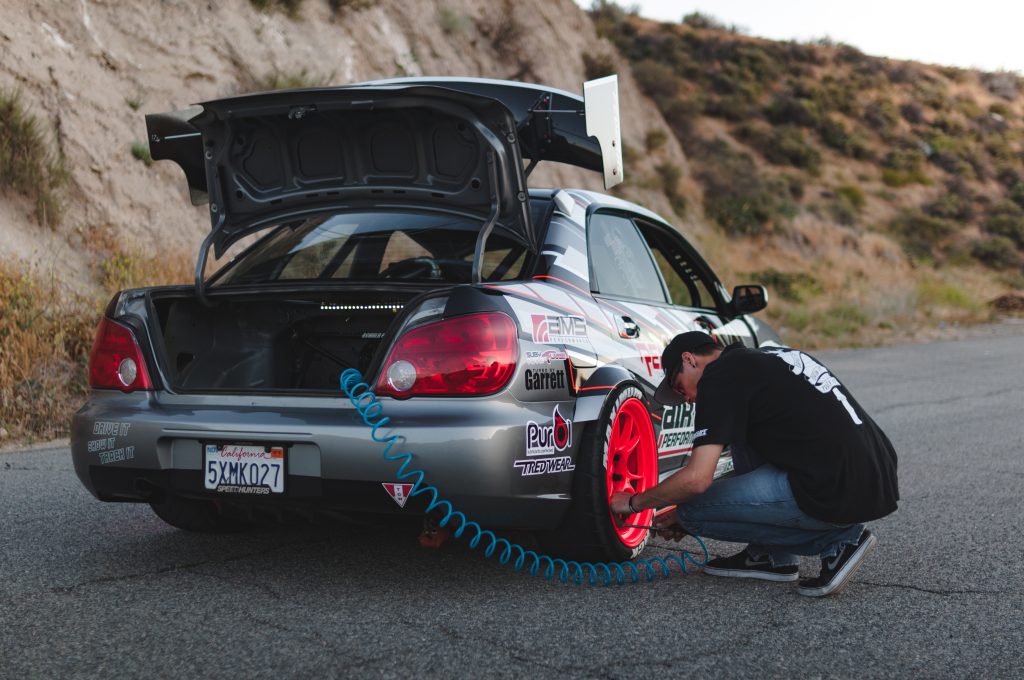 Once on the road, we ran into our fair share of problems. Aside from getting stuck in Colorado due to a failed wheel bearing, we ended up having to replace all six brakes on the triple axle trailer after some began smoking and falling apart. These long distance trips almost never come without one issue or another unfortunately.

With all that drama taken care of, we arrived at Gingerman Raceway on June 7th at about noon, which was perfect in order to set up and begin qualifying by 3:30pm. My first session out I was driving at about 50%, simply to confirm that everything was in good working order while getting a refresher on track layout. Everything went well with no surprises… But I was soon to learn what this weekend had in store for me. 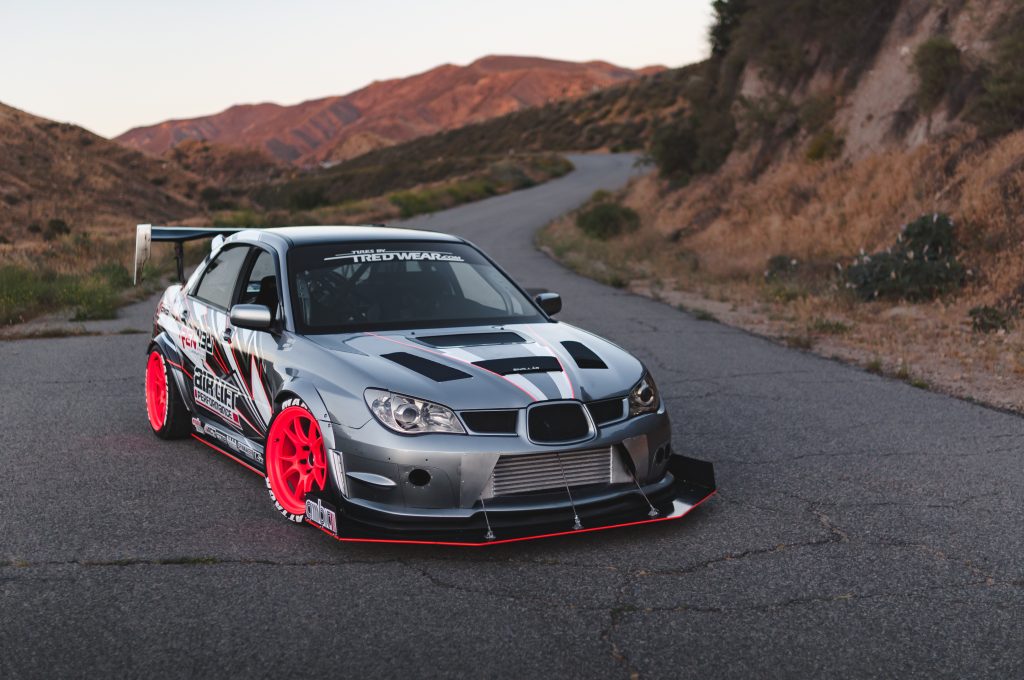 My next session out, I wanted to start putting down fast laps, which is exactly what I attempted to do. I charged down the front straight, sucking the car to the ground just in time for turn 1, thanks to the new brake setup. Then proceeded to round turn 2 and exit hard on throttle. What happened next is something that I’m not new to, unfortunately.

A large amount of water suddenly burst out of the hood and onto my windshield. I immediately released the throttle and accepted my fate as I pulled off into the grass. This incident usually occurs from a cracked cylinder, or failed head gasket. Either way, I had a good feeling that this amazing weekend had just come to an end for the #626 Subaru STI. 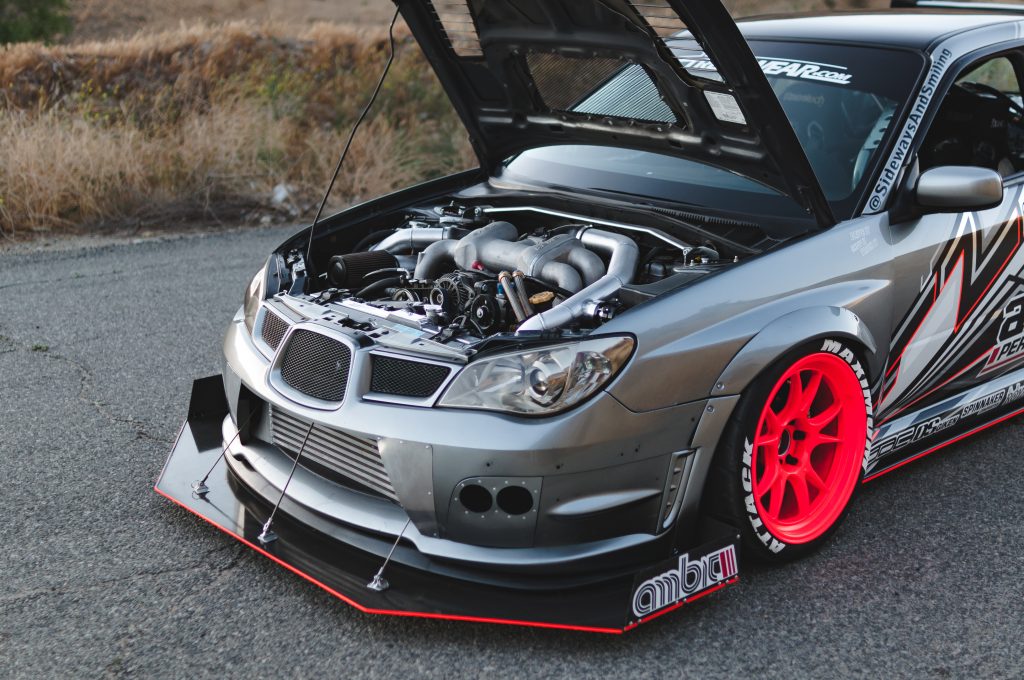 I sat and waited for track crew to come tow me away as other drivers continued to blast by my wounded machine. As I remained motionless on track with the sound of speed repeatedly passing by, I began to question how this was possible. I know how much time myself, and others, put into preparing the car for this. How was it that spending countless hours over the past several months was about to be stripped from me just like that? Not to mention the amount of work it took just to get myself and the car 2,200 miles from home.

I suddenly felt as if this event was over before it even started.

I was stuck spinning around and around inside my own head trying to figure out how this could happen. The simple answer is that sometimes these things are out of our control, and all the preparation and hard work in the world can’t change that. No matter how badly I wanted to justify what just happened, I had to force myself to let it go. That wasn’t exactly an easy feat, and didn’t come without teary eyes and a crushing feeling of disappointment.

I’ve written before on the topic of racing offering emotional highs and lows. This moment was undoubtedly one of the lowest feelings I’ve had within this sport. Not only did I feel like I had failed myself, but also all of those supporting what I do. Simply put, I was gutted, but there’s nothing that can be done in these situations other than move forward and get back to work fixing whatever had gone wrong. 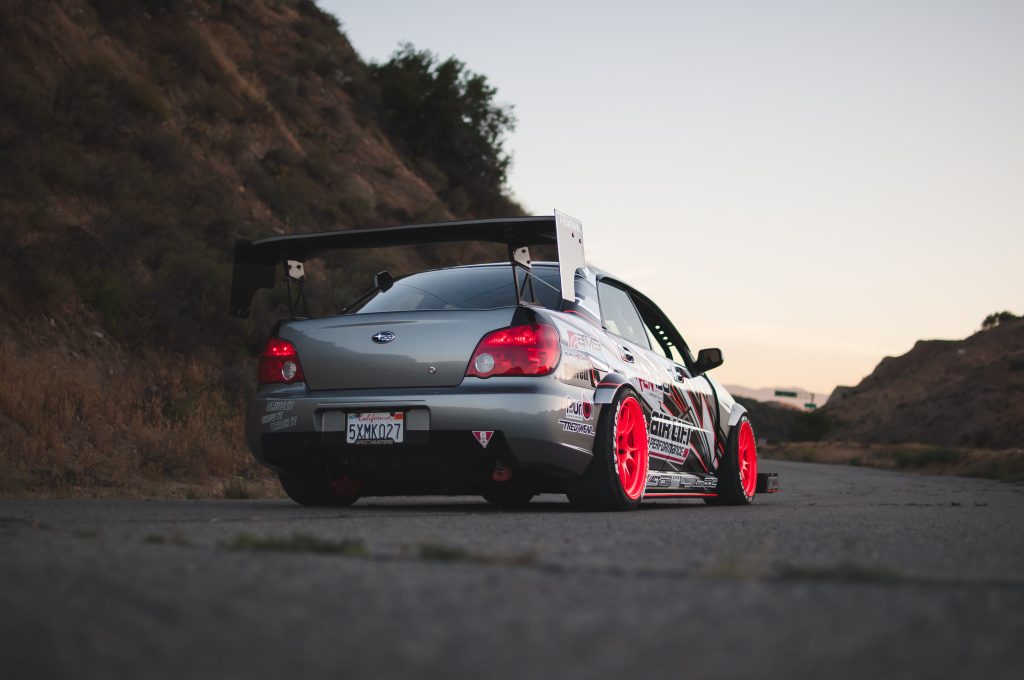 I often wonder how many times I’ll be able to go through situations like this while maintaining a chin up attitude, since it sometimes feels like 100 hours worth of work results in 1 minute of actual seat time. This sport is extremely demanding of time and energy, and has proven to require sacrifice in almost all other aspects of my life. However, you either accept that and keep pushing, or quit… And I’ve never been one for quitting.

With 3 days worth of Gridlife activities ahead of me, and a racecar that was down for the count, I made the decision to simply hang out and enjoy myself. It wasn’t exactly my plan for this event, but I wasn’t about to let a broken car take from my time with amazing friends that I only get to see a few times per year. 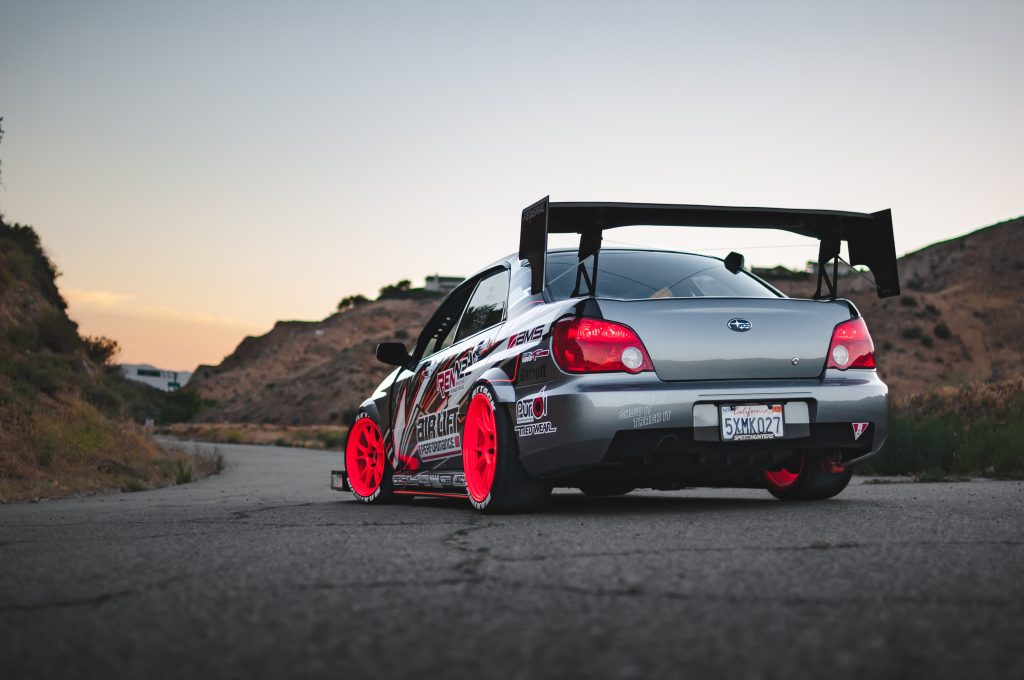 Of all the events out there to not have a car at, Gridlife is absolutely number one. There’s always something exciting going on, whether it’s helping fellow racers go faster, riding along in drift cars, mosh pitting to a live performance by Waka Flocka, or cracking cold ones with your favorite professional drivers. Hell, I even had the opportunity to borrow a friends bagged E36 and rip it around the track in all of its 180hp glory… Including 3rd gear slides through Wiggly Field in the rain! These are things that just don’t happen at events where I’m from, and I’m extremely grateful to have been a part of it in the first place.

That’s it for this rant, time to get back in the garage and repair everything for the upcoming Gridlife South event at Road Atlanta. It’ll be another trek across the country on the hunt for victory, so stay tuned on Instagram for updates until then! Hope to see you all there!

Kits for your vehicle | Local and Online Dealers