For a show called  Ultimate Dubs there sure was a lot of non-VAG cars on display this year! But that’s what we love about the VW scene – if a car looks good and built to a super-high standard, it’s more than welcome at events like these.

For a show called Ultimate Dubs there sure was a lot of non-VAG cars on display this year! But that’s what we love about the VW scene – if a car looks good and built to a super-high standard, it’s more than welcome at events like these. Speaking of which, one of the most talked about (and controversial) cars on display was Nick Sahota’s BMW, a genuine left-hand-drive E30 M3 and the first in the world to be running Air Lift suspension… 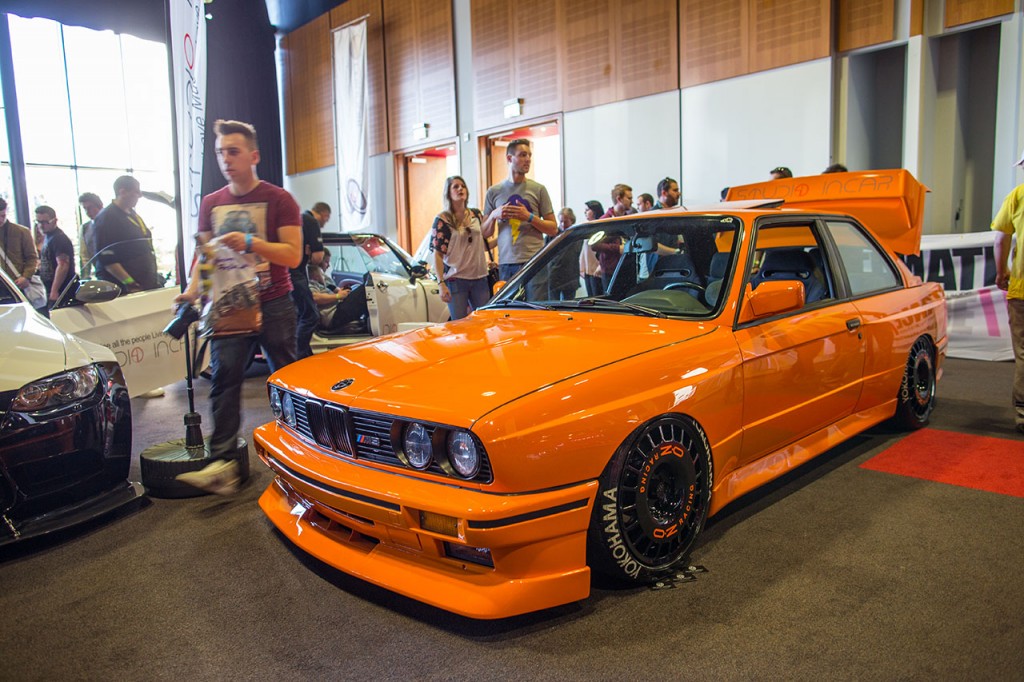 It’s safe to say Nick’s broken all the rules with this build. For a start, the original 200bhp 4-pot engine has been swapped out for a 325bhp 6-cylinder S54 found in the E46 M3 – serious performance gains without the need for a turbo or supercharger. Exterior wise the bodywork remains nearly 100% OEM with the addition of a fresh orange repaint courtesy of Steve Denton @ Stylehaus in Northampton. 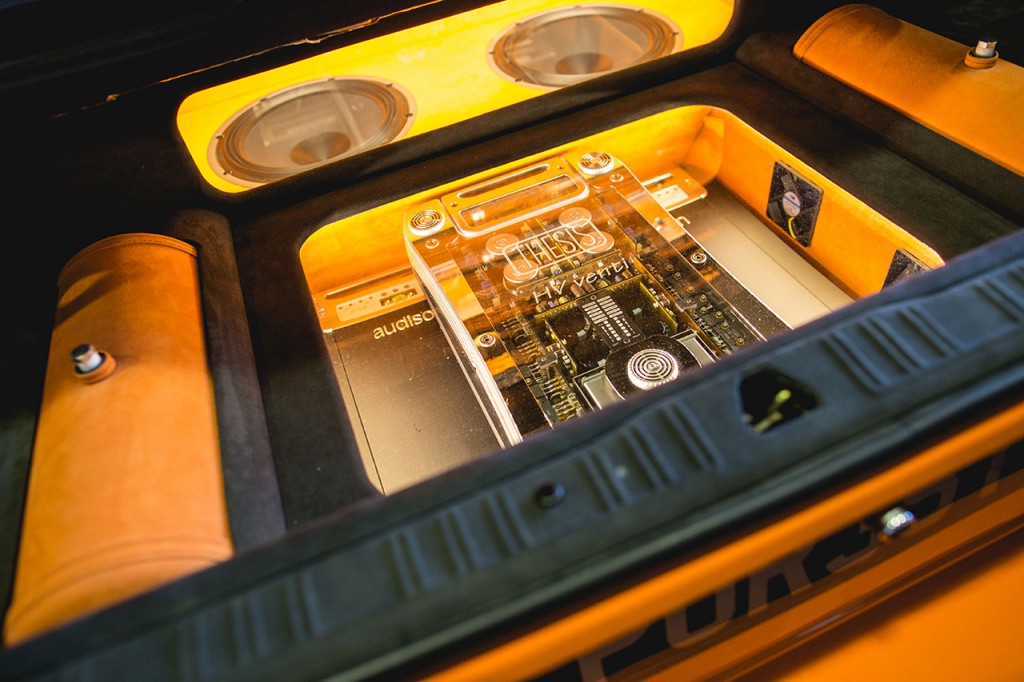 Inside Nick’s upgraded not just the interior but also the audio with a full custom install beautifully crafted by Shakey and the team @ Studio In Car (who also project managed the build). The combination of high-end Audison equipment with a black and orange Alcantara re-trim throughout looks and sounds incredible – he’s even had both air tanks re-trimmed to match! 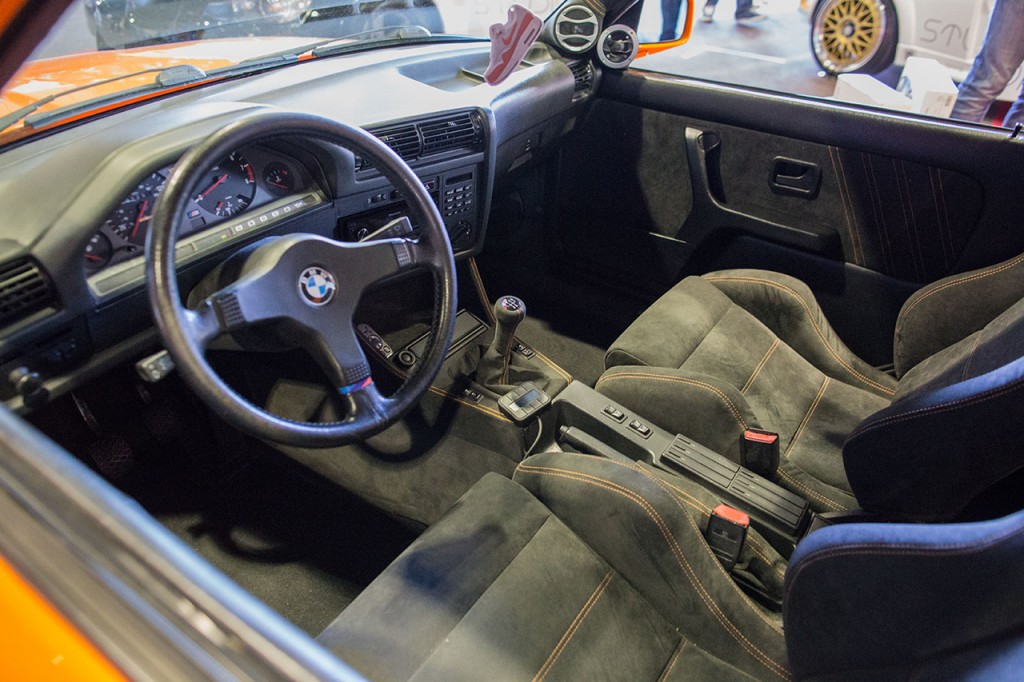 Onto the M3s party piece, the air suspension. A full Performance Threaded system (complete with adjustable damping for road/track driving) has been matched with Air Lift V2 digital management giving Nick precise ride-height adjustment at the push of a button. Don’t be fooled by the serious lows and lairy paint; this M3 has more than enough performance to match the looks. 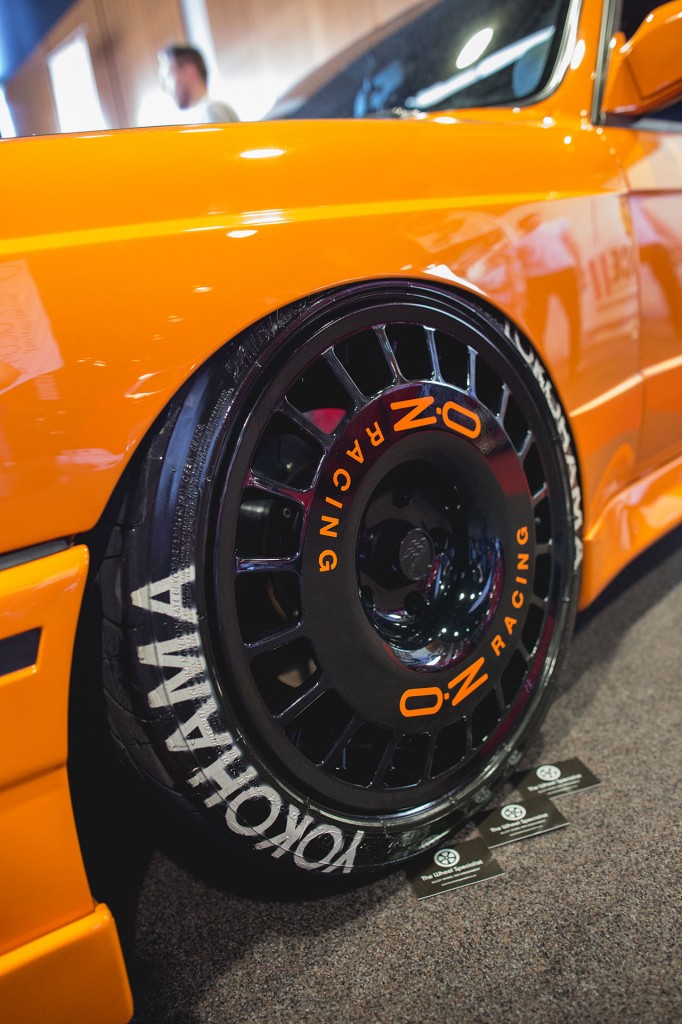 How can you not love OZ Racing Tarmac Rally wheels? Super-rare and seriously cool Nick spent months tracking down the perfect size and offset to fit within the E30 M3s boxy arches, essential when being aired out for show use. As a finishing touch the Yokohama logo has been stenciled on the Parada Spec 2 tyre sidewalls giving a retro nod to classic rallying and a hint at what performance lurks beneath the exterior. 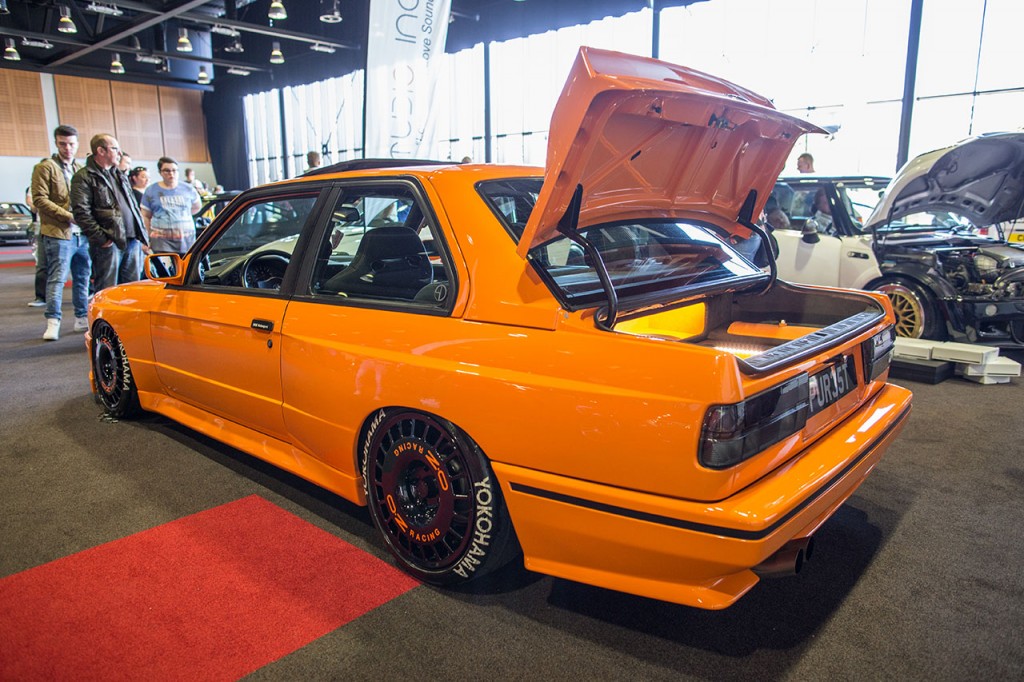 What do you reckon? It’s a car that, without a doubt, divides opinions but you have to respect and admire the  quality of work that’s been put into it. We absolutely LOVE every element of Nick’s M3 and can’t wait to hear his thoughts on how the air suspension handles once he’s had time to properly use it. Make sure you check out his Instagram page here to see more pictures and behind the scenes from this incredible build.