With SEMA 2017 behind us, we caught up with Cody Miles to discuss this year’s show, hear his thoughts on the event, and see if he had spotted any gems we might have missed. With thousands of cars on display and some tucked away in the corners of the show, it’s easier to do than you […]

With SEMA 2017 behind us, we caught up with Cody Miles to discuss this year’s show, hear his thoughts on the event, and see if he had spotted any gems we might have missed. With thousands of cars on display and some tucked away in the corners of the show, it’s easier to do than you might think!

Q) How many years have you been coming to SEMA show, when was your first year?

A) I’ve been coming for just 2 years, a relative SEMA Show newbie. My first time was 2016, so isn’t long when you consider some people have been coming here for decades, but it was more than enough time to get to grips with the madness of SEMA. 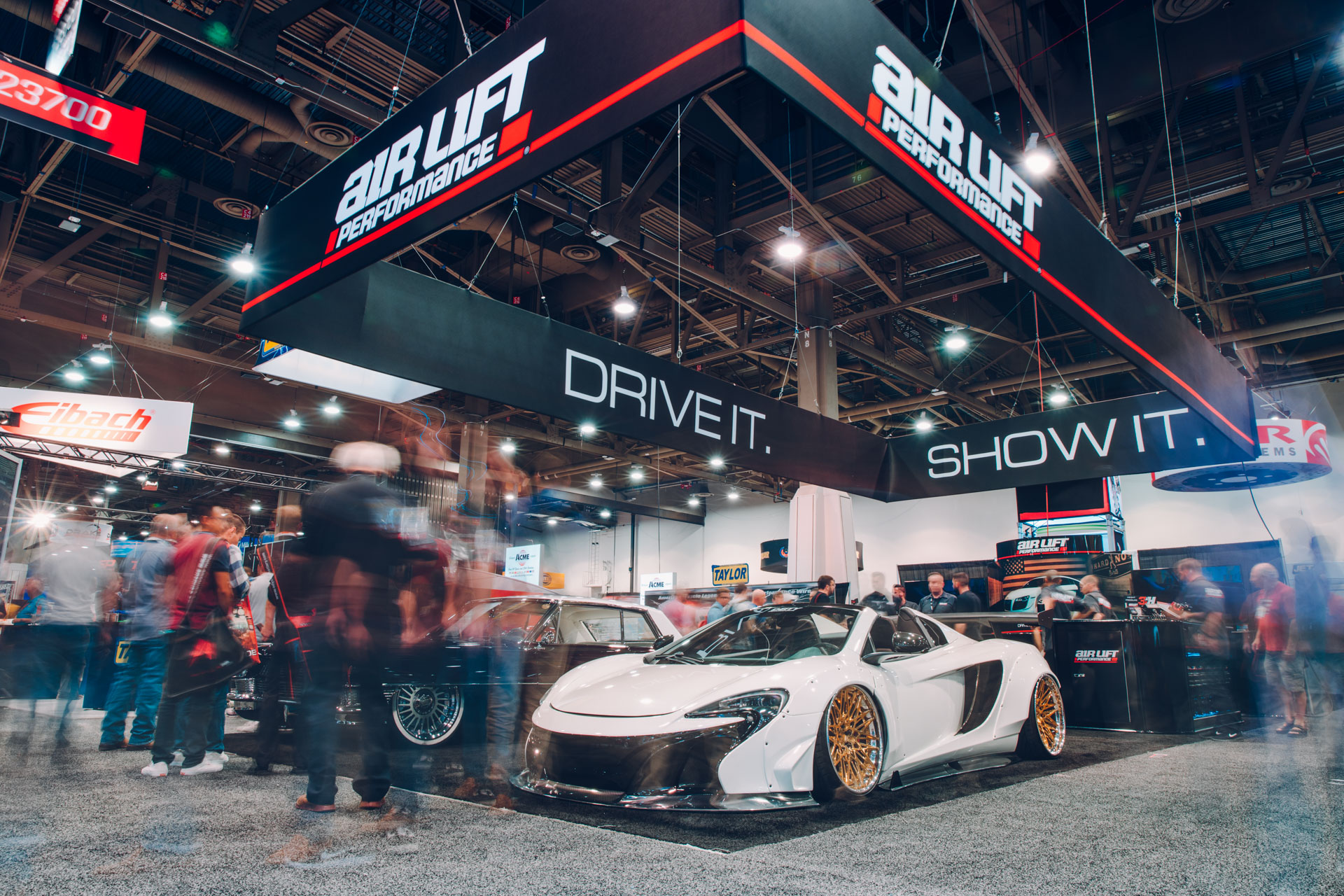 Q) What trends did you notice emerging at this year’s event?

A) I noticed all kinds of cross-pollination happening. Things like massive trucks are now stretching rubber bands for tires, usually the reserve of import hatches. It’s clear that most cars are being vinyl wrapped nowadays, so it’s extra refreshing to see some high quality paint. 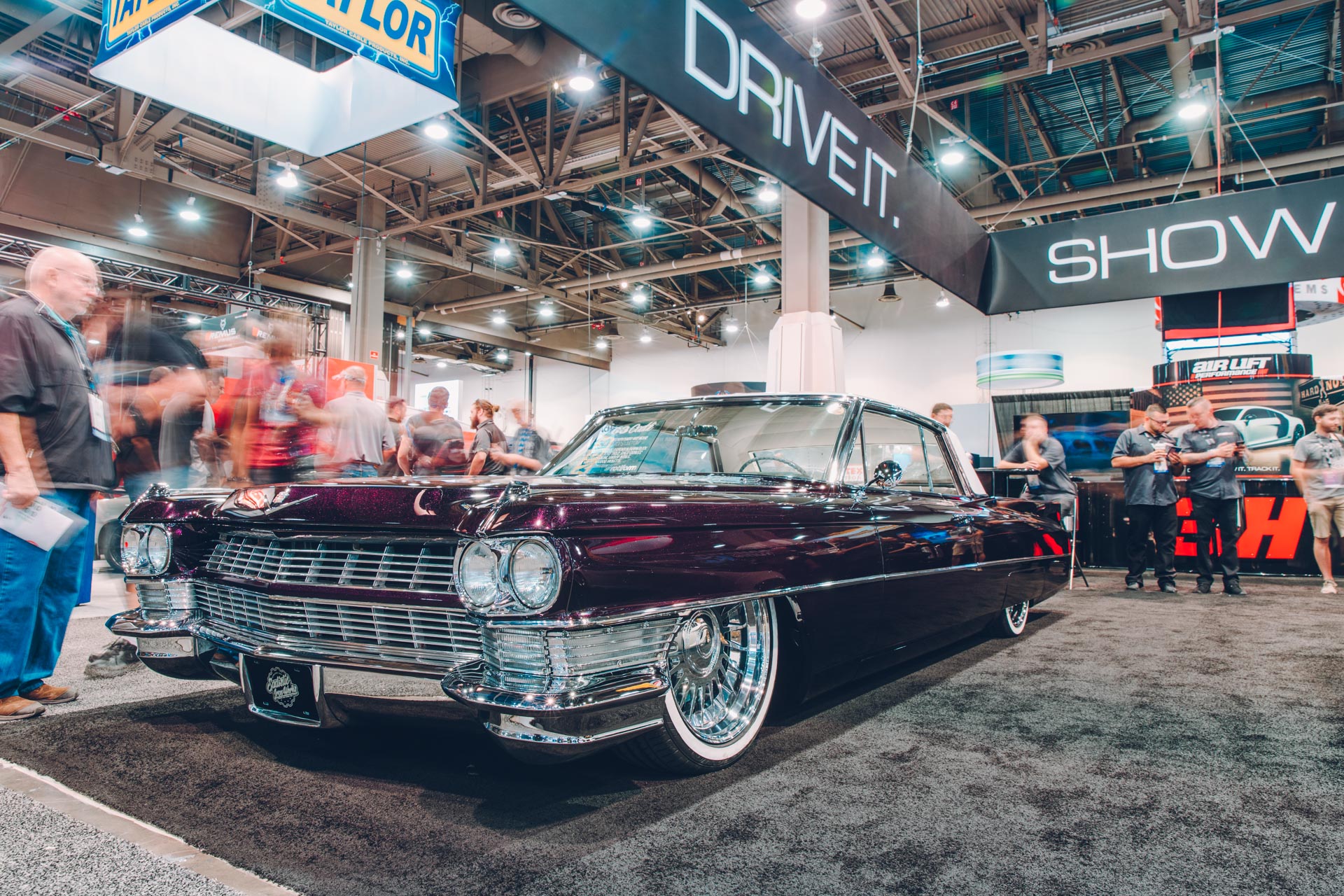 What I pay closer attention to, personally, is the additional attention that seems to be put into aerodynamics. I find myself drooling over aggressive (functional, of course) aero, probably because I come from a Time Attack background, which puts a huge emphasis on using aerodynamic tricks to improve lap times. Effectively increasing downforce and minimizing drag, all while maintaining balance, is one of the most challenging aspects most of us face when trying to build something fast. SEMA is full of new ideas. 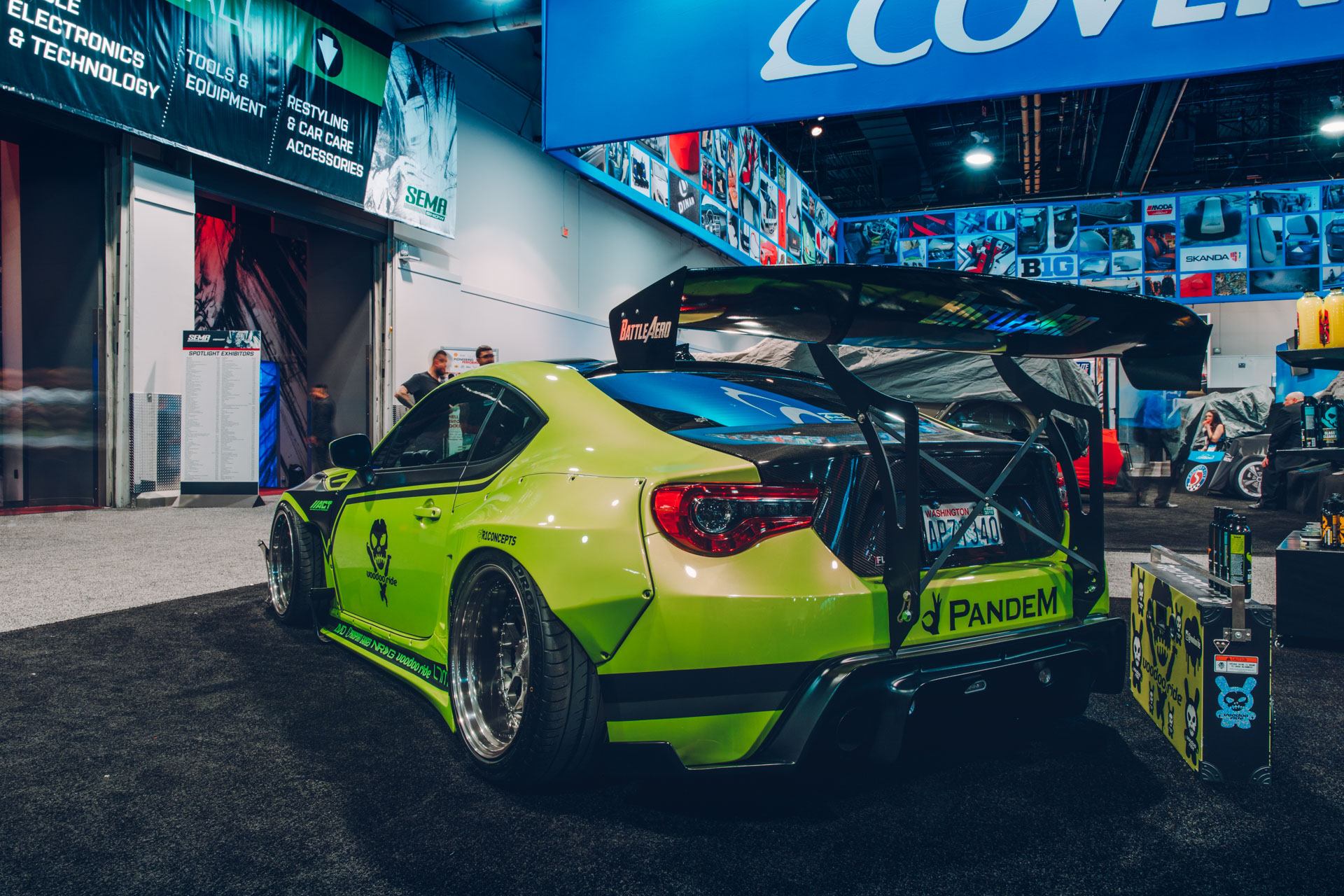 A) The Baller Hauler sits at #1. It’s an amazing concept and looks like it just rolled out of Japan. Acura’s own Carbon Fiber GT3 NSX was hard to miss, who doesn’t like carbon?! Phil Robles’ Pandem Civic Hatch was excellent – it’s really cool to see what would usually be a ‘stance’ flare kit being used to house massive track tires. Elsewhere, Robby Woods’ Million Dollar Diesel and Aaron Parker’s FD RX7 really interested me. I spent a lot of time pouring over the details of those builds. 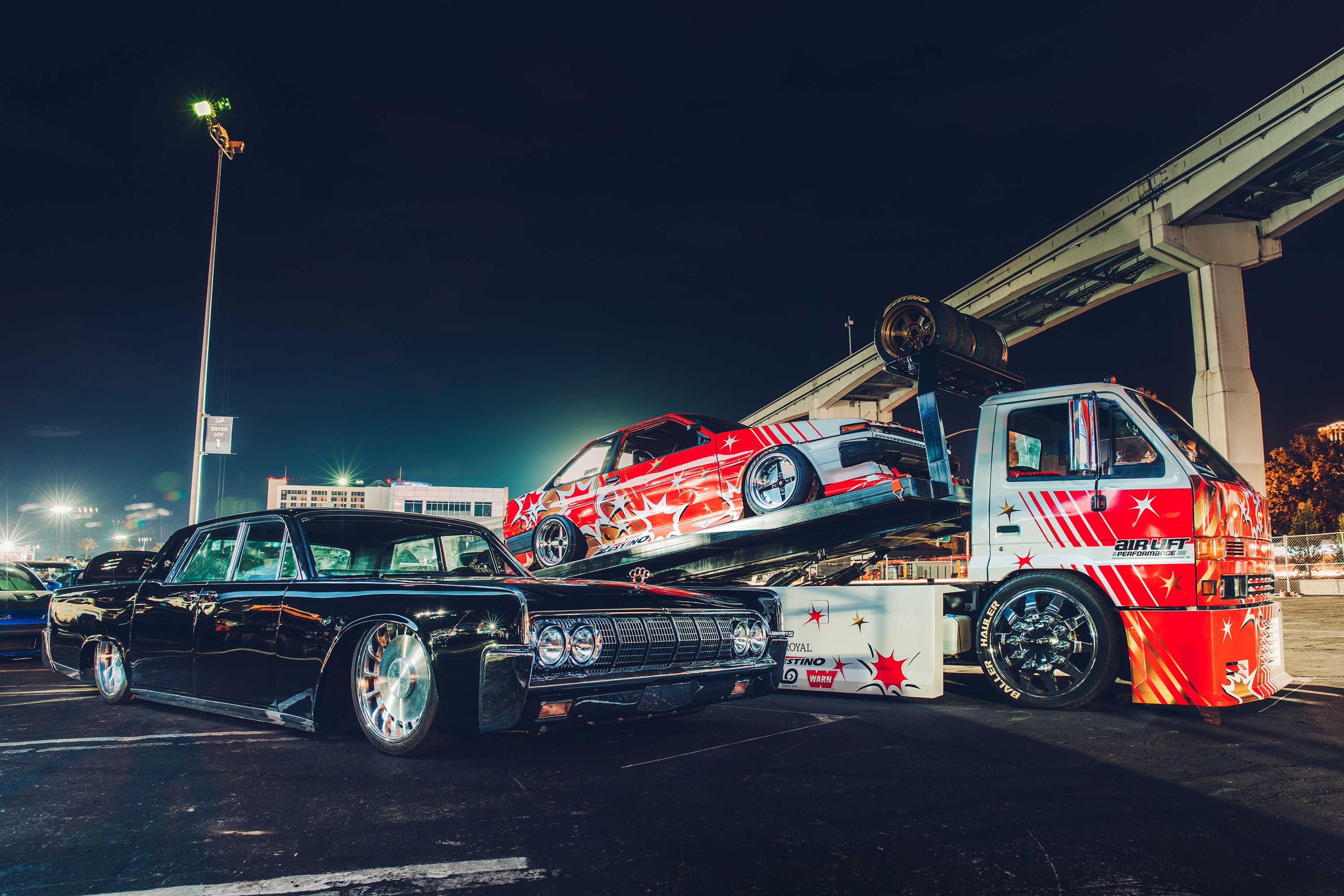 A) The biggest surprise for me was the SEMA location lottery. For those that don’t know, cars that are not on a booth are sort-of “placed” as they arrive. Despite having a great spot last year, this year I brought my STi as a feature vehicle and was placed at the mercy of SEMA officials. It spent all of SEMA parked in the Ignited lot across the street from the convention center, but at least I was early for the Ignited party I guess… 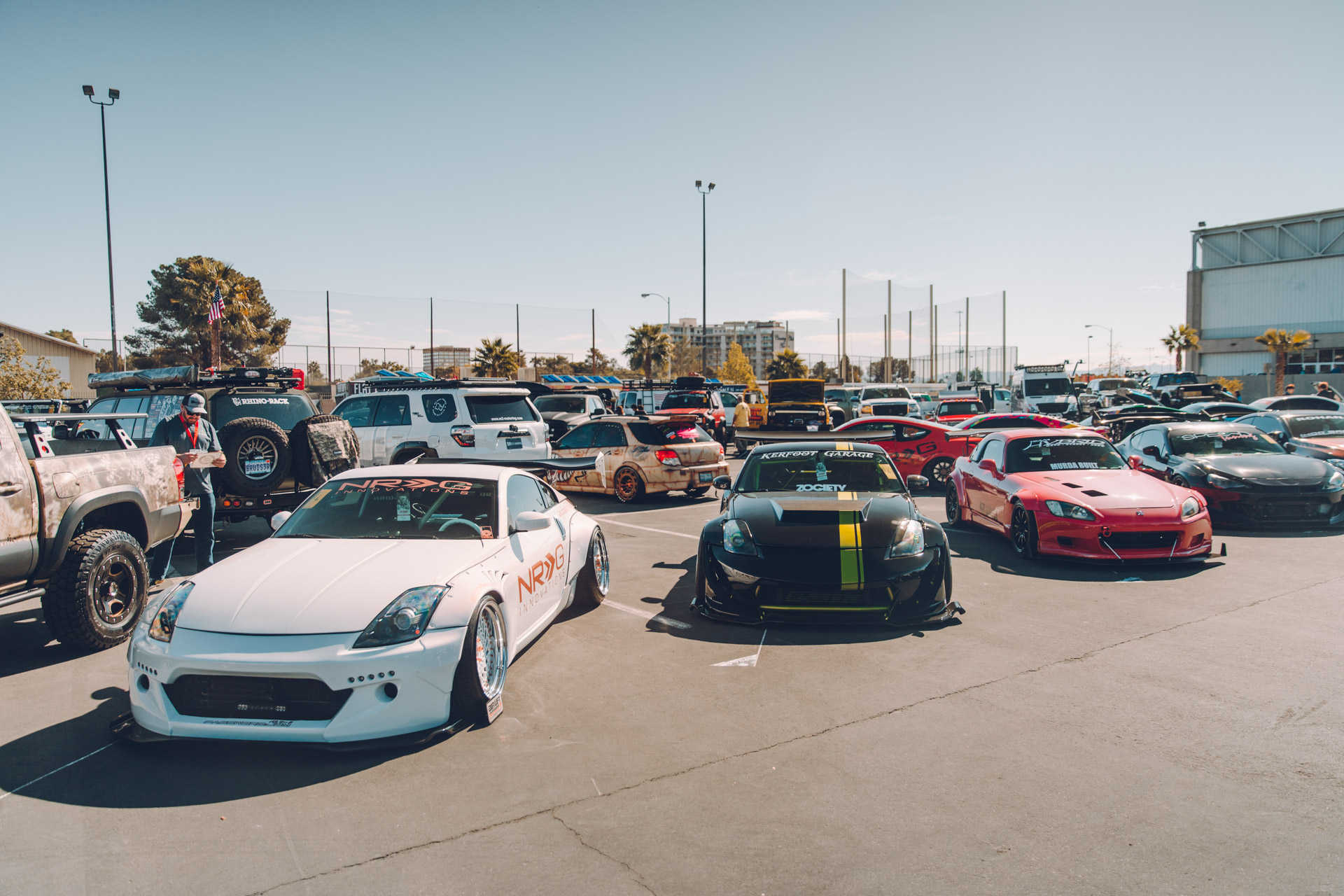 A) Following the trend that SEMA has been continuously setting, I imagine the attendance will grow another 10-20k. Which is pretty crazy when you think about it. With that I would expect more of the surrounding areas to be used to host vehicles and exhibitors. As far as vehicle modifications, you’ll probably see wheel sizes continuing to grow on trucks. It’s a massive market in more ways than one. I do see more and more more builds that incorporate functionality into their style, which is awesome. It would be great to maybe even have more cars being shown that actually see use! I enjoy aggressive styling on cars, but its always so much cooler when there is a purpose behind it. 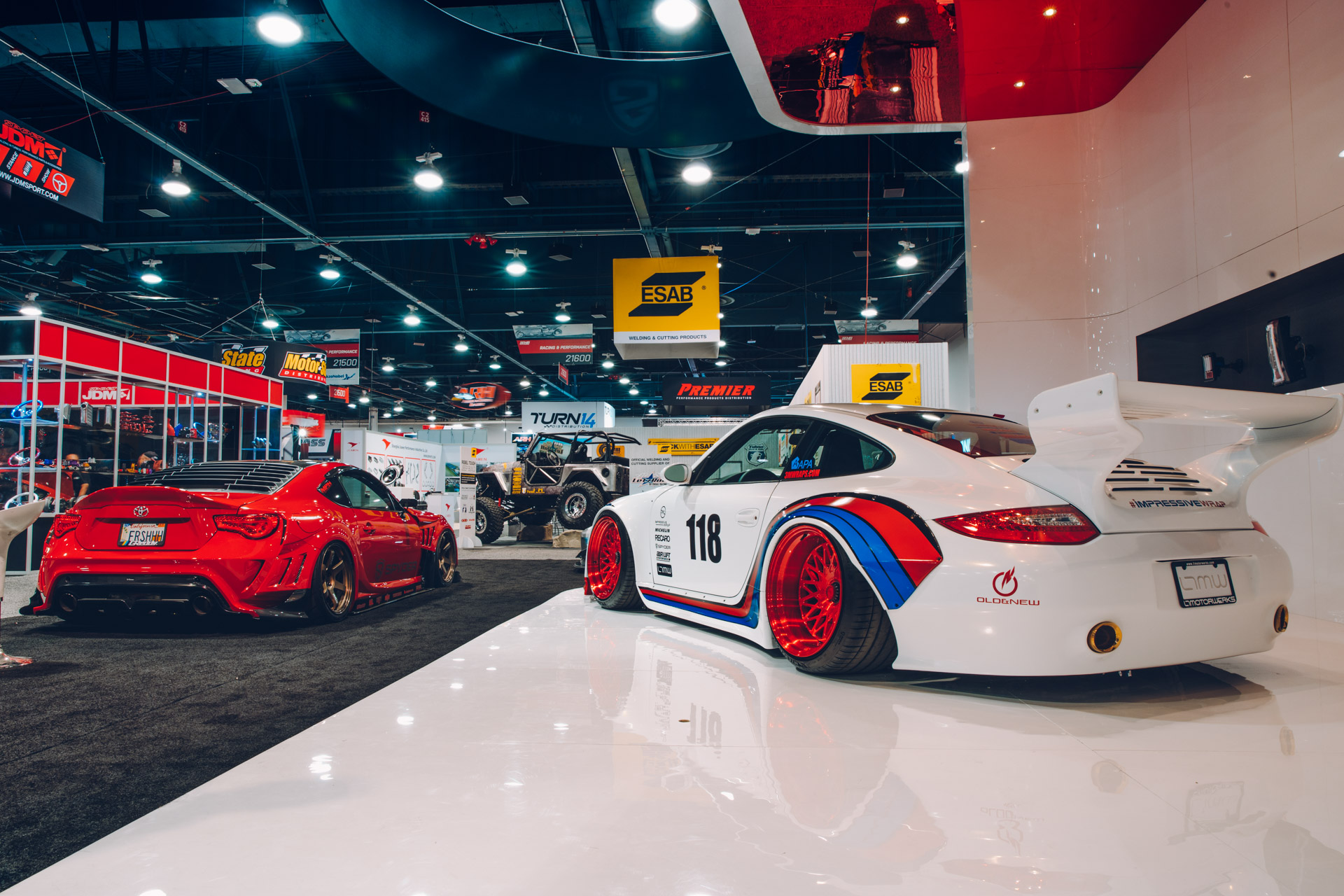