For SEMA Show 2016, Stoner’s Speed Shop embarked on a particularly special build centered around a 1949 Chevy pickup. This truck was featured in the Precision Replacement Parts booth and took home a People’s Choice GM Design Award at the end of the week. We caught up with Blake Stoner at SEMA to get the […]

For SEMA Show 2016, Stoner’s Speed Shop embarked on a particularly special build centered around a 1949 Chevy pickup. This truck was featured in the Precision Replacement Parts booth and took home a People’s Choice GM Design Award at the end of the week.

We caught up with Blake Stoner at SEMA to get the low down on this stunning project. 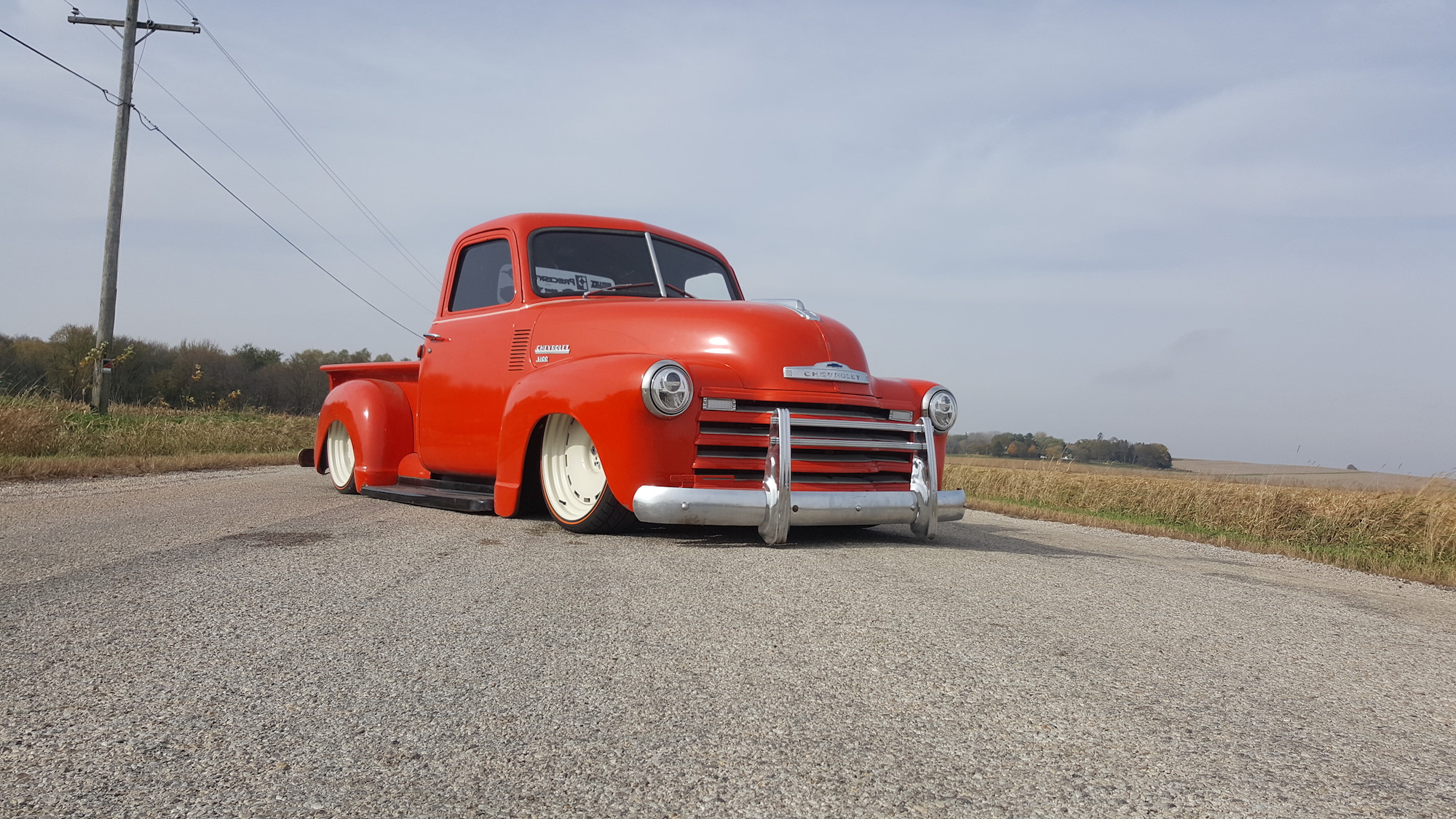 Blake started with a barn find 1949 Chevy that had a really old re-paint on it. He knew this vehicle could be worked to fit with his trademark style – an ultra clean interior, a clean underhood and a classic but refurbished exterior, just like you found it. But that’s not all. Stoner’s Speed Shop also updates their builds with a modern drive train and full air ride suspension from Air Lift Performance.

This truck is full of custom features. Blake started with the original frame and welded in a Mustang II cross member from Street Rod Engineering. This makes the truck a lot easier to drive and creates a better ride. In the rear, he custom cut C-notches and welded them in so that the truck would lay the running boards. He then added a built 9” rear end, 14” Wilwood brakes in the front and rear from Schwartz Performance, then an upgraded fuel system also from TANKS Inc. The guys at Detroit Steel Wheels added 22” Chevy Rally-inspired wheels and some chrome center caps to match. The 22” wheels were then shod in custom orange line tires from Diamondback Tires. 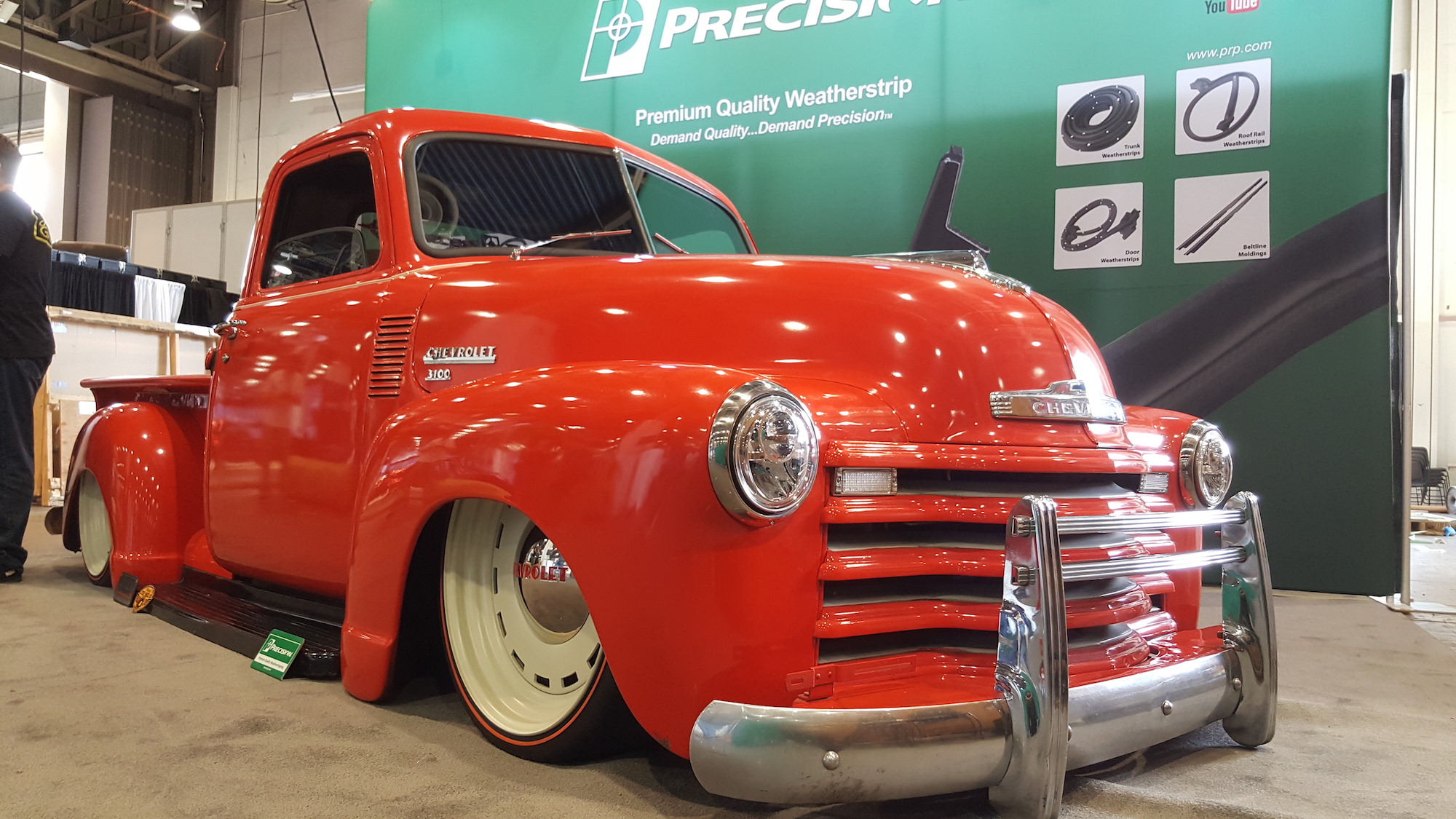 Once the frame was done, Blake added 4 Air Lift 2500 lb. Dominator bags in the front and rear, along with Air Lift Performance 3H Management to take advantage of height sensors at each of the corners. “We love this system. It is easy to setup and easy to use. The Bluetooth app is almost quicker then using the original controller – the controller is clean and easy to mount, and the display on it shows your height along with the pressure in each bag,” explained Blake. The glass and seals were donated and installed by Precision Replacement Parts. They took time from their busy schedule to come to Stoner Speed Shop and film the complete glass install too. 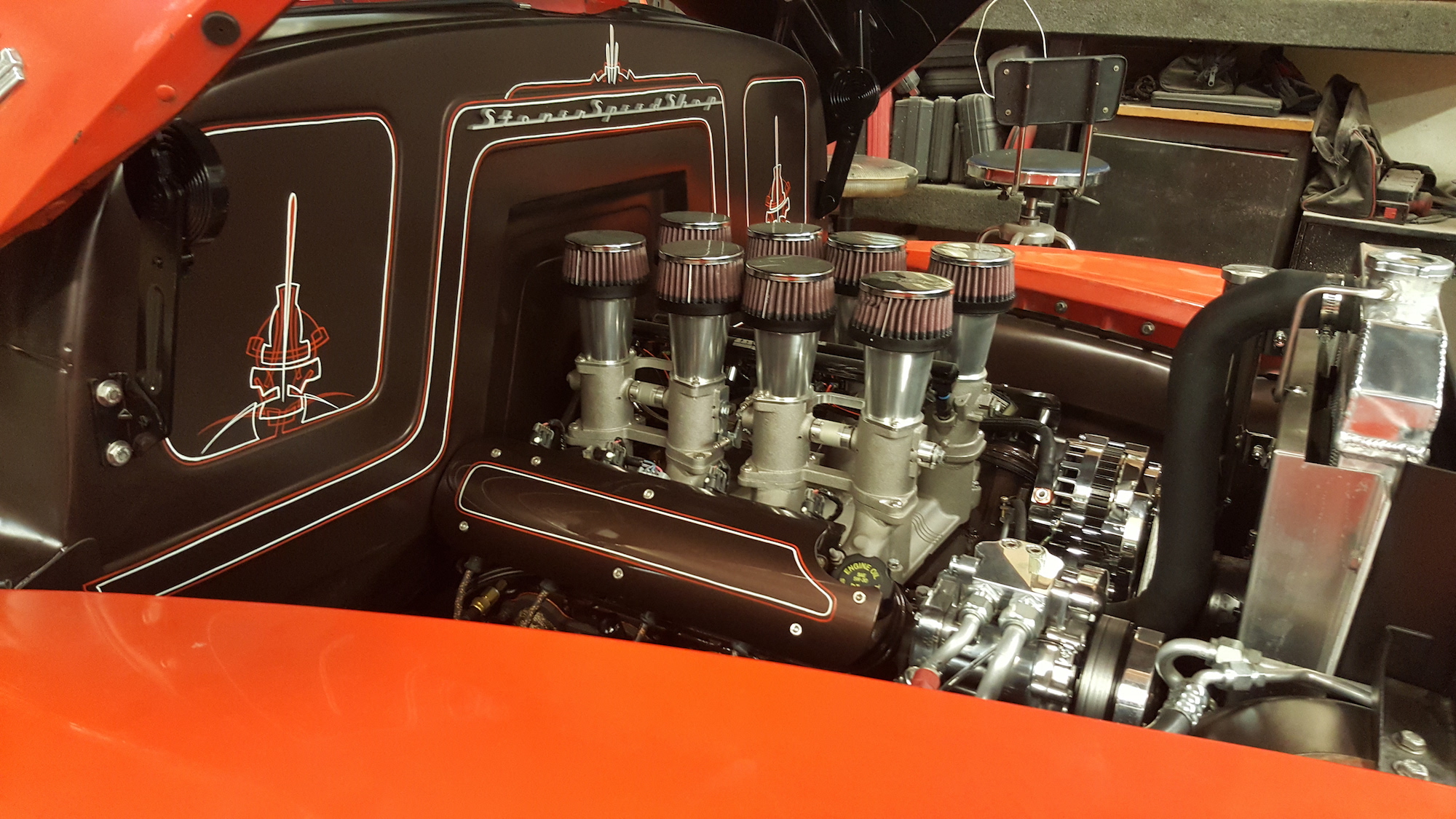 Blake custom built and painted the firewall in this truck, so that it allows the LS motor sit very nicely in the engine compartment. The LS has an upgraded Comp Cam Camshaft and an Inglese 8 stack injection from FAST. It also features a front serpentine setup from All-American Billet. The interior is the finishing touch on this build, with new Dakota Digital HDX gauges and the Air Lift 3H Controller mounted in the dash. The bench seat and carpet were done by Joel Mattix of Boss Custom Interiors. The truck also has brand-new lights from United Pacific, a full audio sound system from JL Audio and all new wiring from front to rear thanks to Bob Fuller. To round everything out, it’s powered by a new yellowtop Optima Battery. 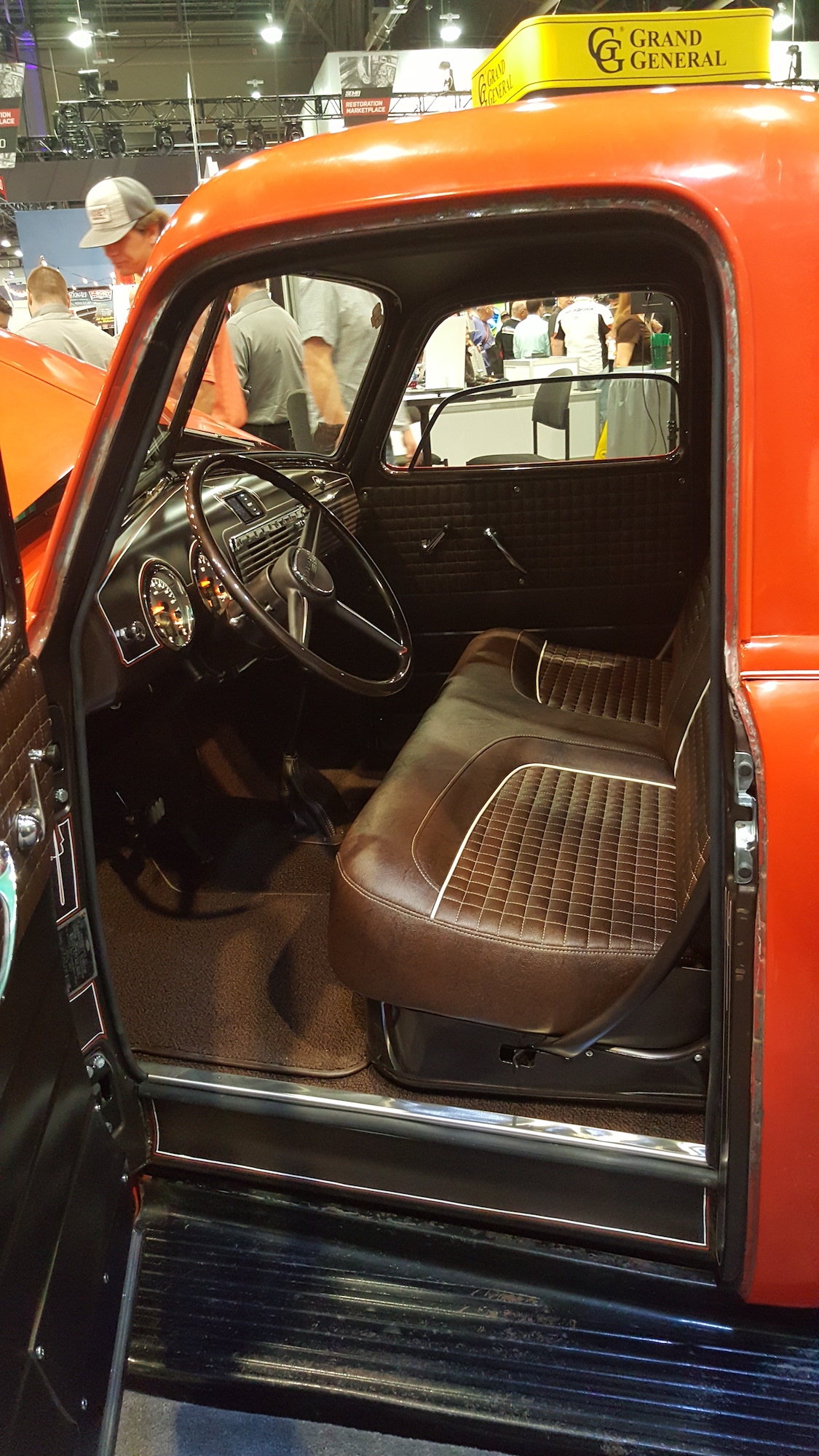