They don’t make ‘em like they used to. That’s a phrase constantly thrown around to describe anything new that we’re a little bit skeptical of, but, in the world of classic motoring, it couldn’t be more accurate. Full disclosure? That’s not always a bad thing. For a start, you really have to look at modern […]

That’s a phrase constantly thrown around to describe anything new that we’re a little bit skeptical of, but, in the world of classic motoring, it couldn’t be more accurate. 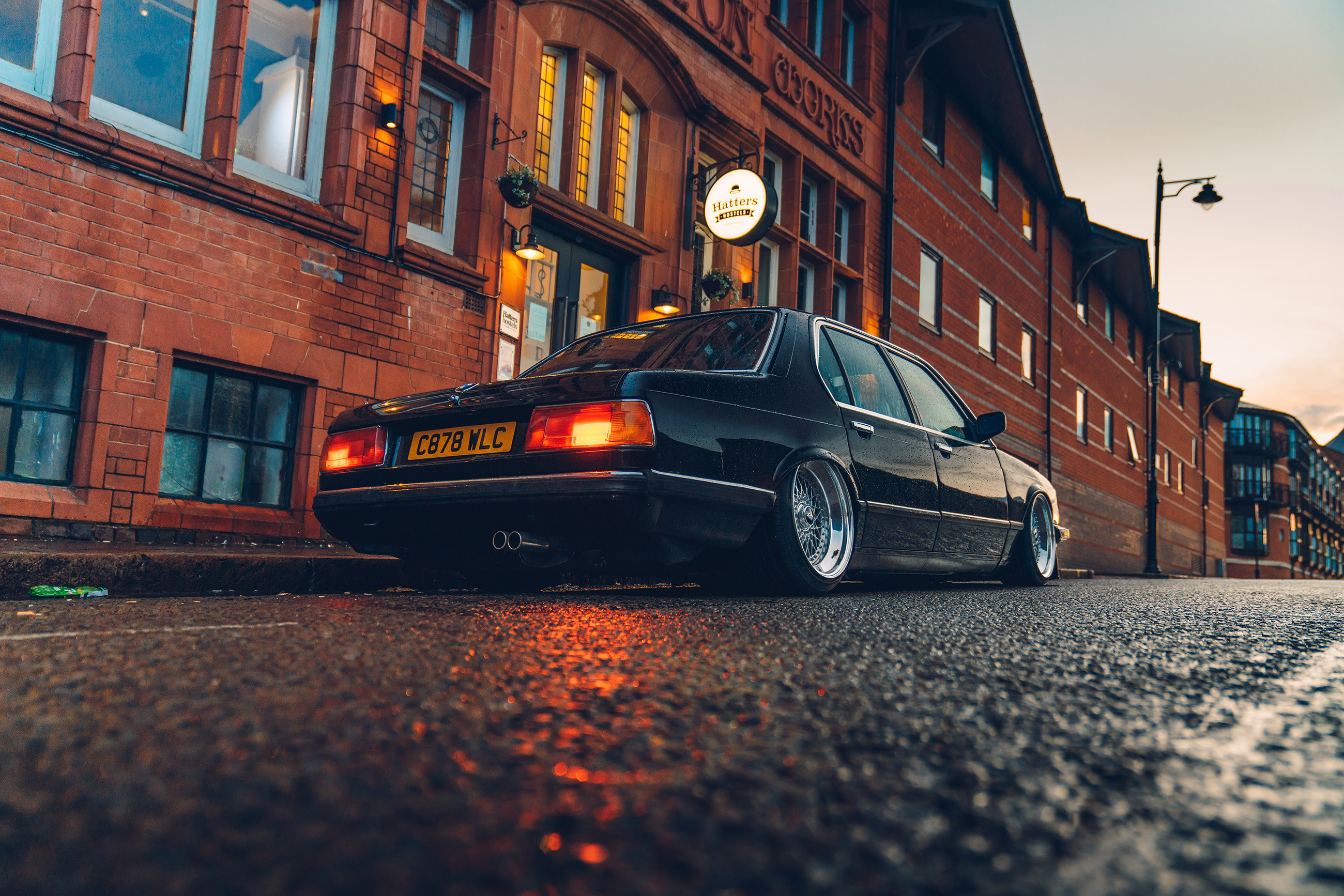 For a start, you really have to look at modern safety standards and performance to see that progress is actually quite a good thing. And, in most cases, it’s not even possible to build cars like they used to, thanks to changing legislation.

Ever wondered why there’s no more pop-up headlights? Can’t have ‘em – for reasons of pedestrian safety. 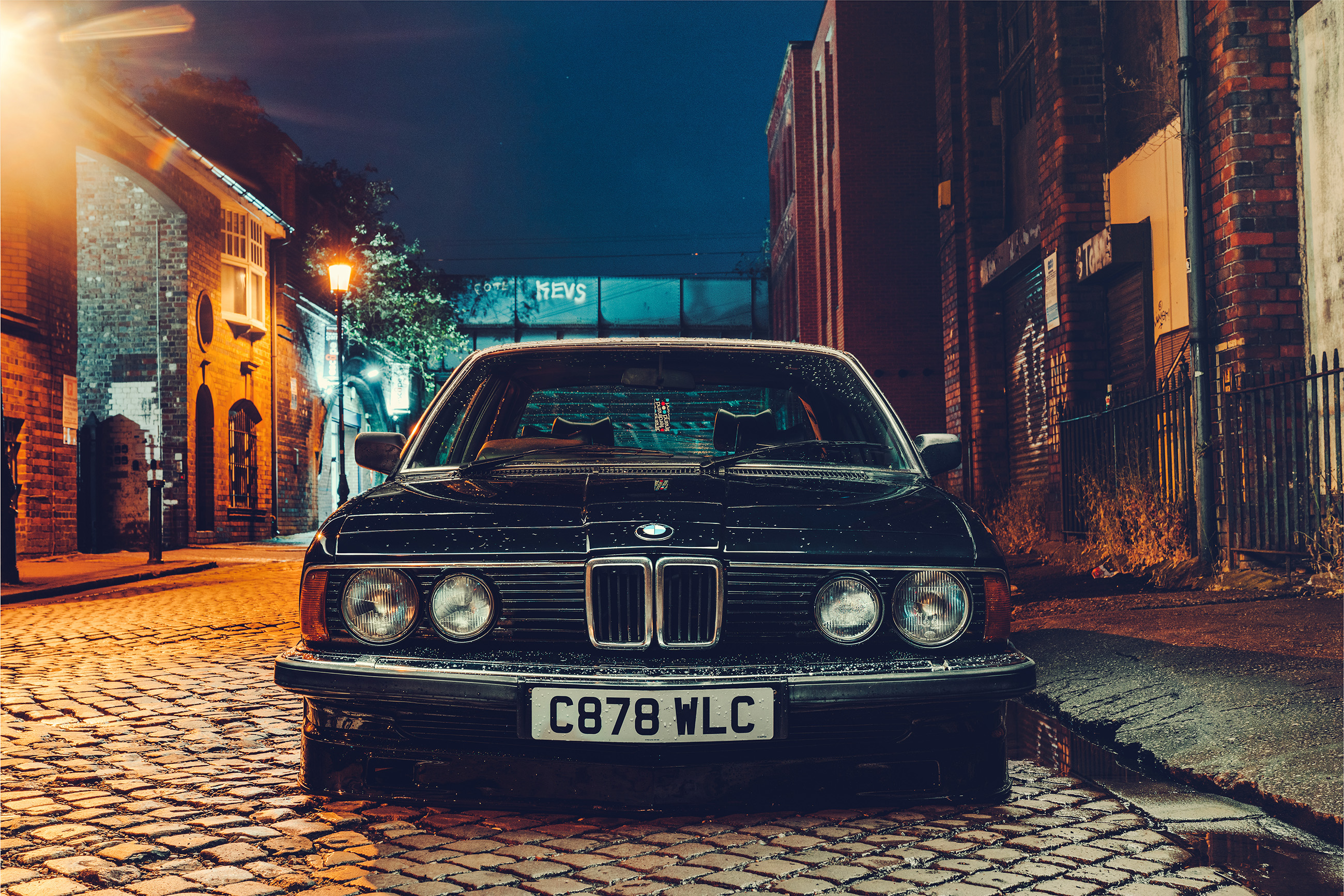 So, we get it. But for the sake of this story – and more importantly the way an old car looks and feels – we’re sticking to our guns.

They just don’t make ‘em like they used to. 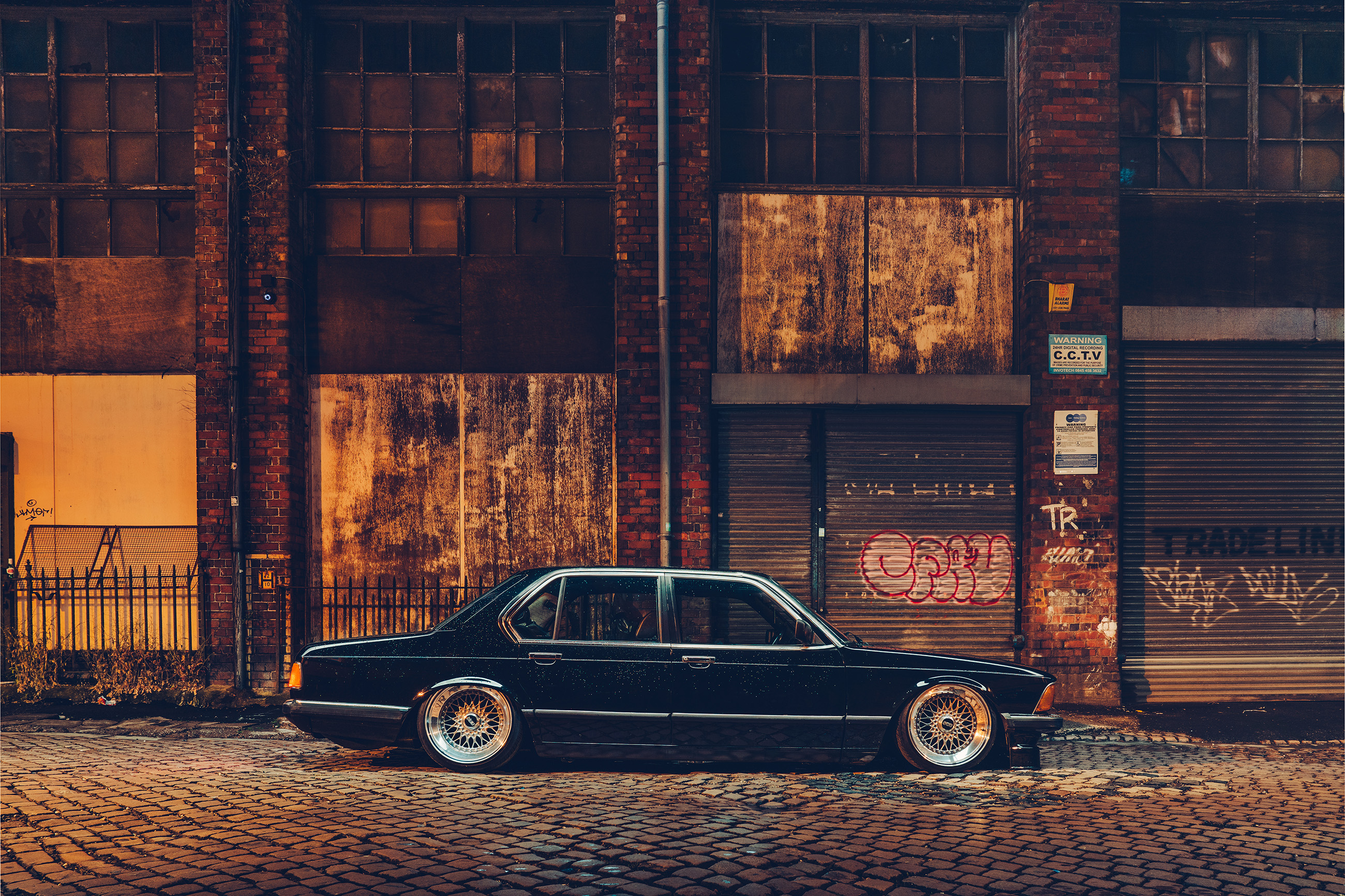 This particular viewpoint isn’t helped by cars like Latham Papworth’s 1986 BMW E23 728i, a car which looks so annoyingly good we guarantee you’ll end up on Craigslist by the end of the feature.

‘Cus the E23 7-series is a big look – both physically and metaphorically.

It’s always been the bossman cruiser of the BMW range, the sort of car that you get driven around in – doing none of that “peasant” driving yourself. 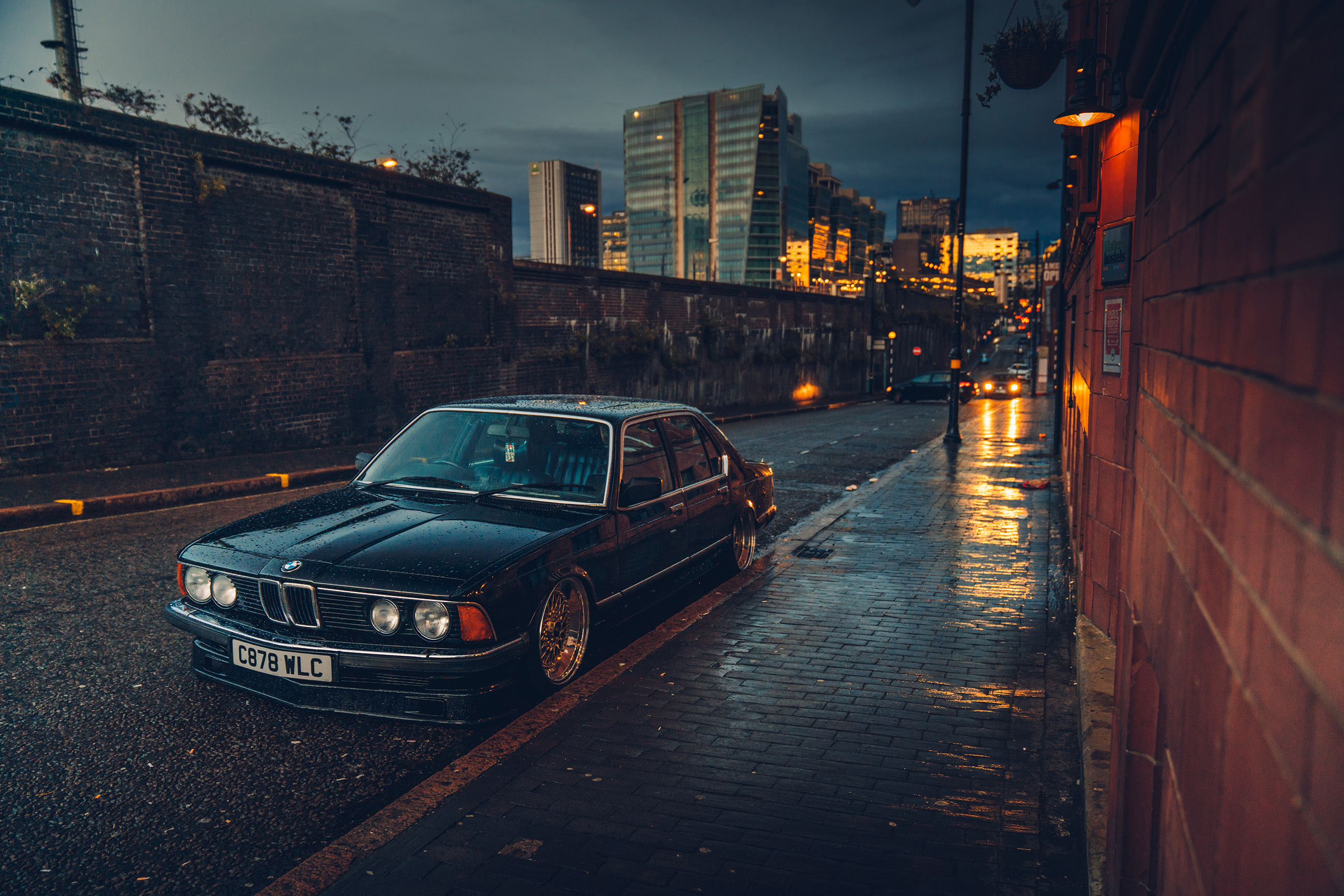 The BMW 7-series is so popular that it is now in its 6th Generation, but the ethos has remained the same decade after decade.

Take a nice big platform, give it ample power, lashings of leather, and a bit of tech thrown in the mix for good measure. But how BMW approached that ethos in the ’70s and ’80s – decades of pure excess and economic boom – is what makes the E23 so unashamedly cool. 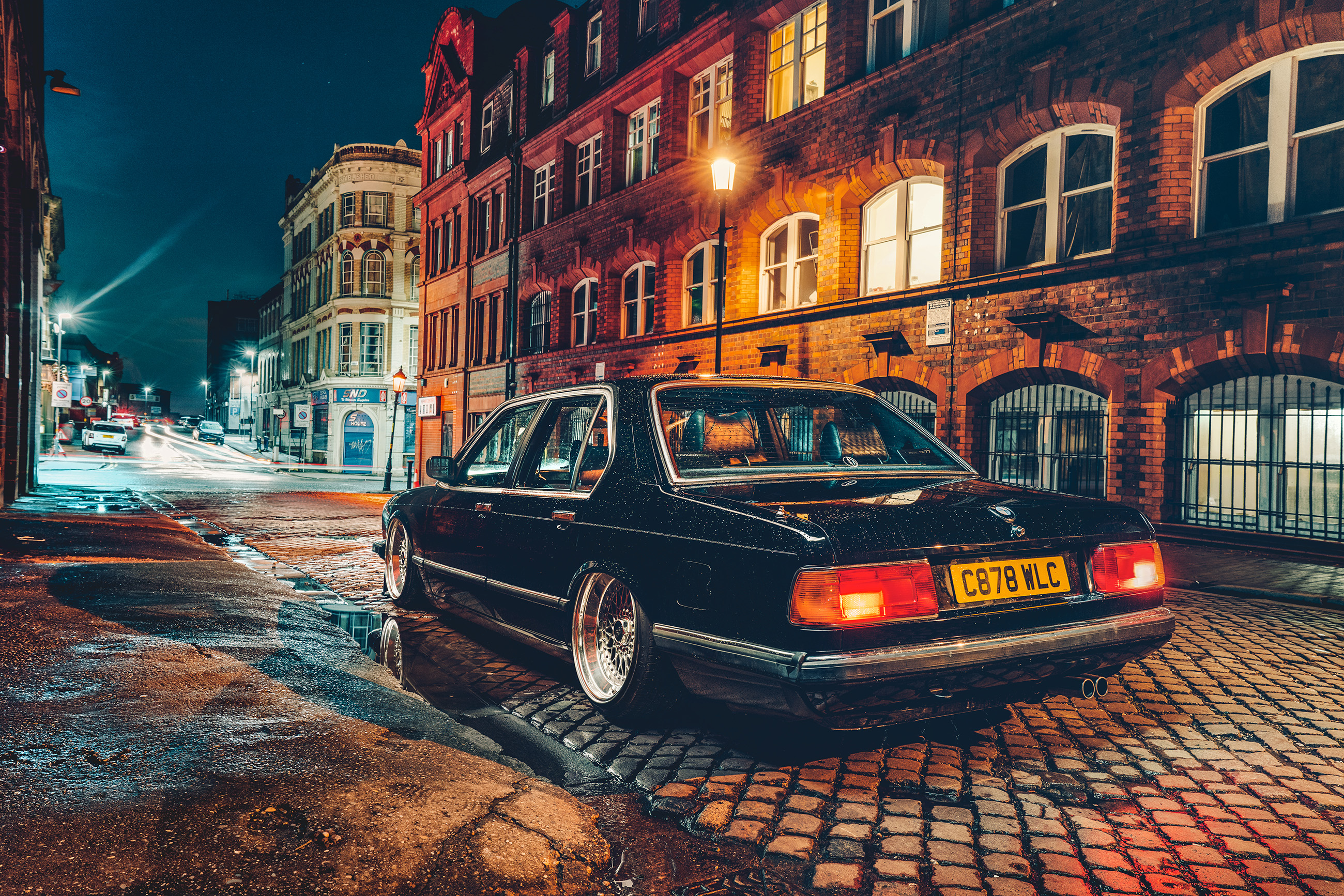 The only problem with cool classics in 2019 is that you can no longer grab yourself an interesting bargain.

The tuning world has switched from the uncertainty of modern motoring (and the shelf life of internal combustion) and decided to snap up all the interesting classics instead.

Scoring a good classic without breaking the bank isn’t easy, but it’s not impossible… 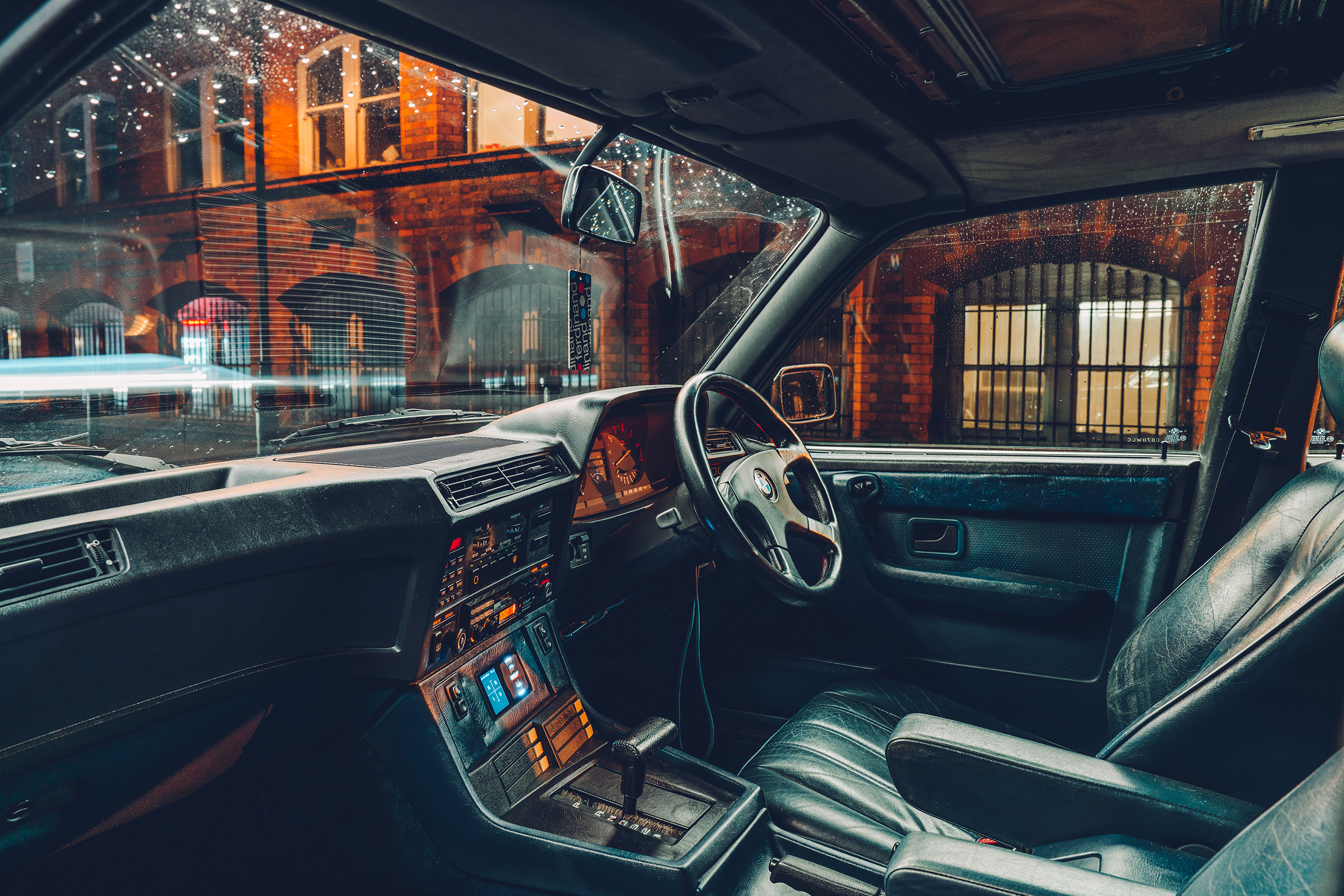 “I bought this from a lorry driver down in Erdington,” Latham explains. “I went to view it 4 times, decided not to buy it 3 times. Caved in on the final time.”

The car itself was worth nothing at that point. The E23 – although structurally solid – wasn’t exactly in what you’d call concourse condition. It wasn’t even listed for sale anywhere – it was just parked up, looking sorry for itself. 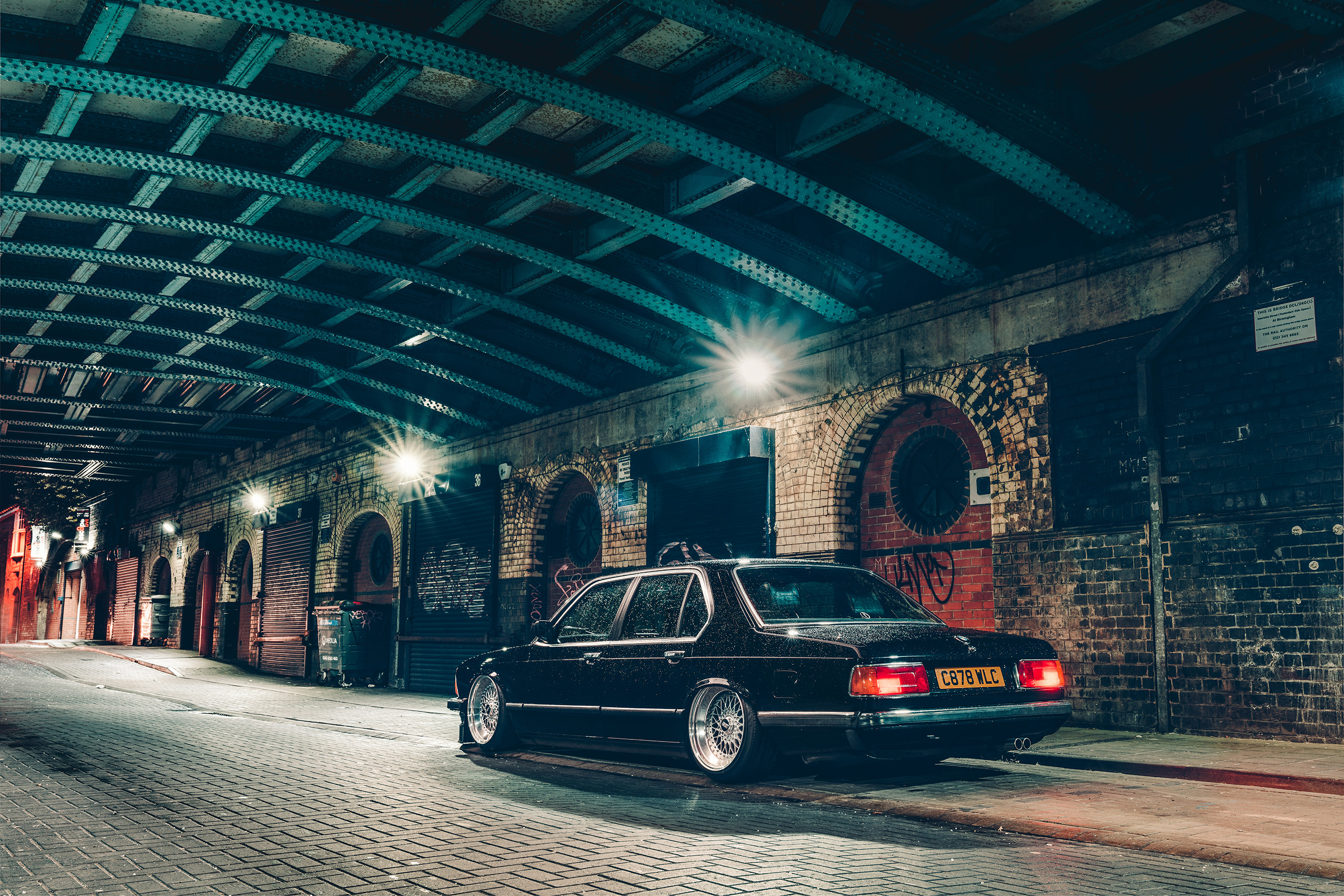 “I wasn’t being picky,” adds Latham, outlining the viewing process.

“The first reason I walked away? Well, I’d put a note under the window and since first doing that, and then speaking to the owner, it’d been driven into by a bin lorry. Second reason, we couldn’t get it started. Fairly integral. Oh, and the immobilizer triggered the horn constantly which would wake the entire street up. Final reason? When we did get it started, the oil warning light was on and it wouldn’t rev past 3000rpm. They’re quite significant alarm bells.” 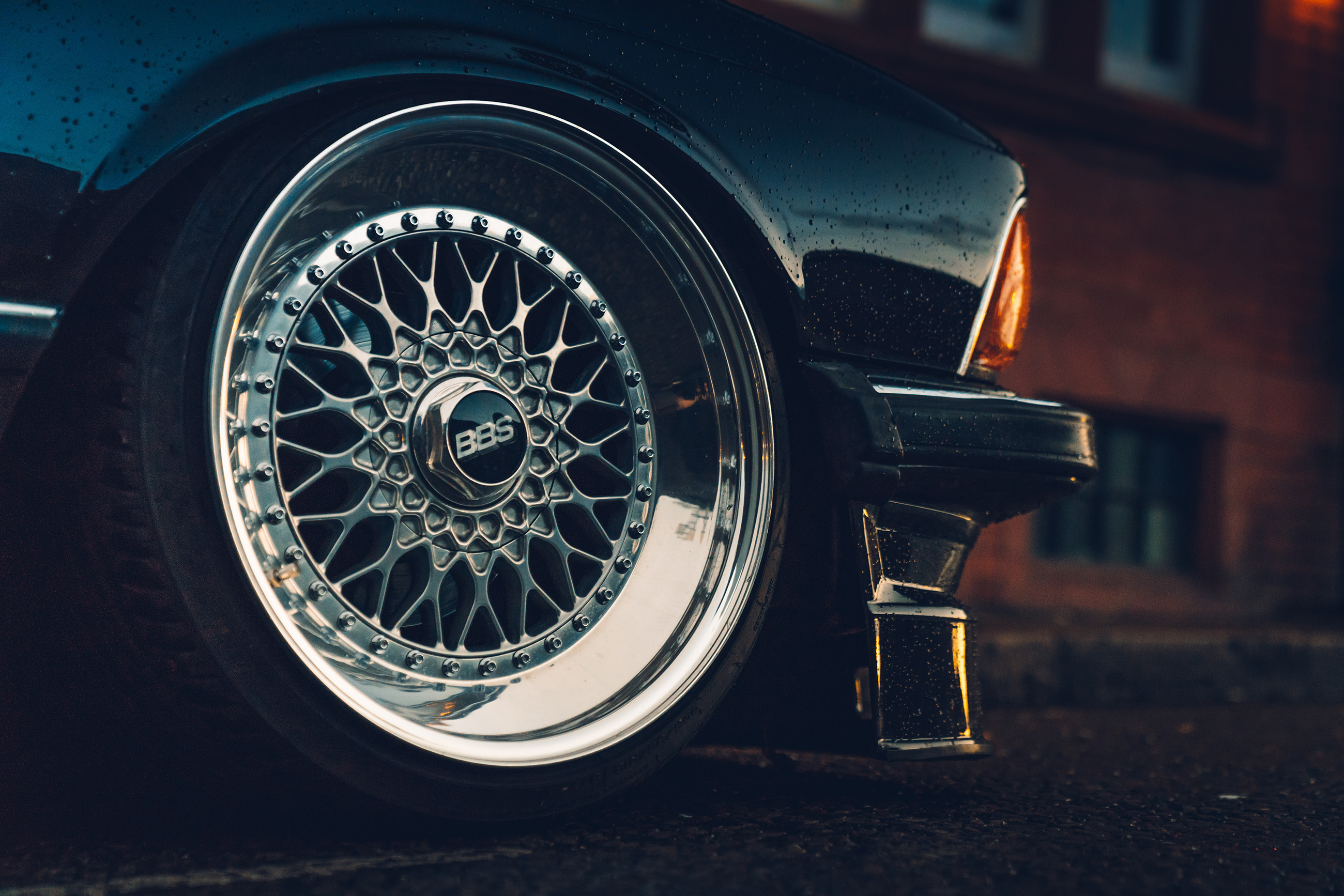 As you’ve probably guessed by the mere fact this feature exists, Latham wasn’t completely deterred by it.

“Yeah, I still bought it. It’d been left for pretty much five years by the current owner. However, prior to that, it was pretty well looked after. Garaged in fact. Underneath the car it was pristine, I’m pretty sure of all the cars I own it’s the one with the least rust.” 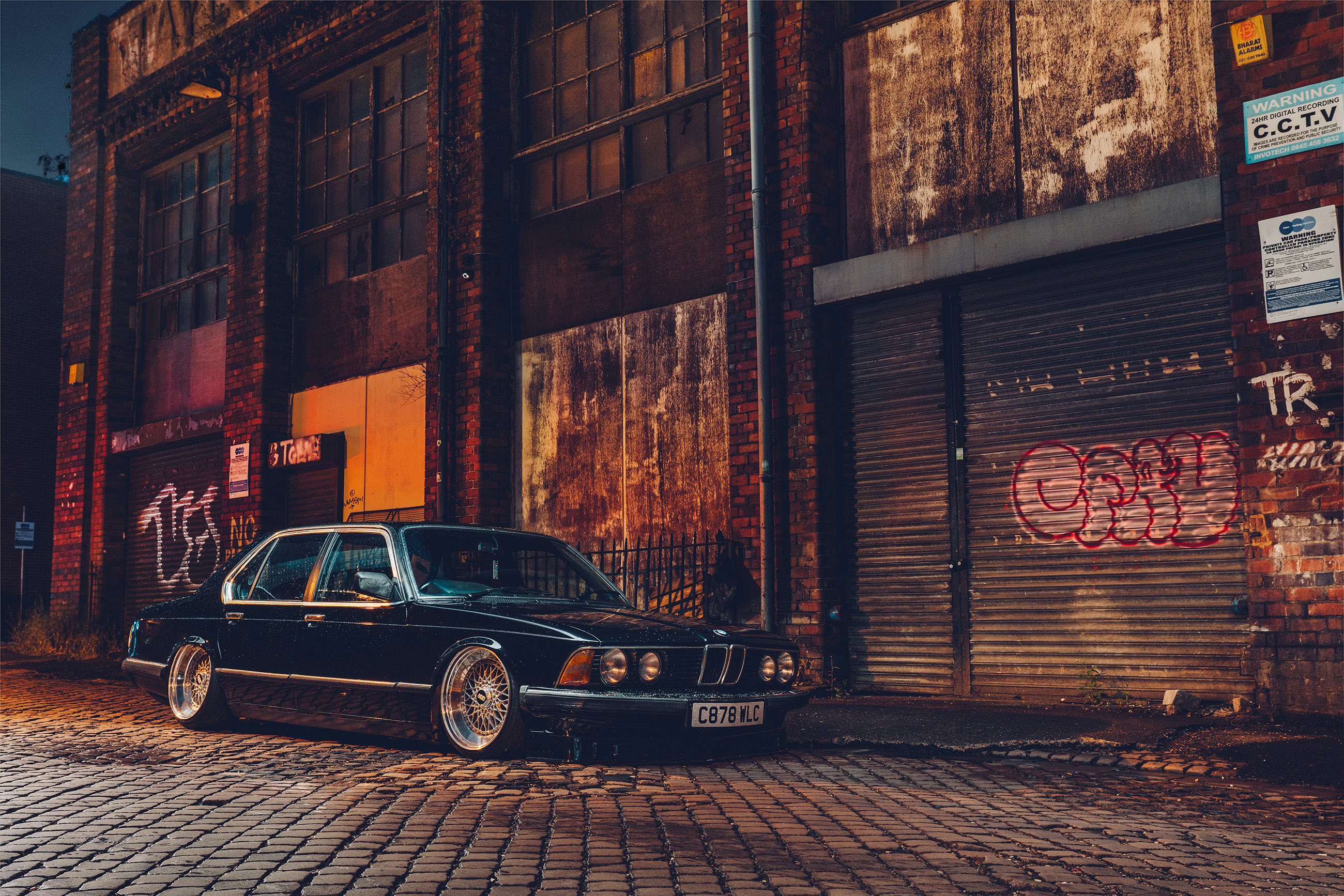 The good thing about cars like the E23 728i is that BMW never really offered them in poverty-spec.

Despite its age, Latham’s 7-series packs a fairly solid feature list including air conditioning, cruise control, and even powered rear blinds. Sure, the 6-cylinder motor isn’t punchy by modern standards, but rumor has it the cylinder count might end up being doubled in the future… 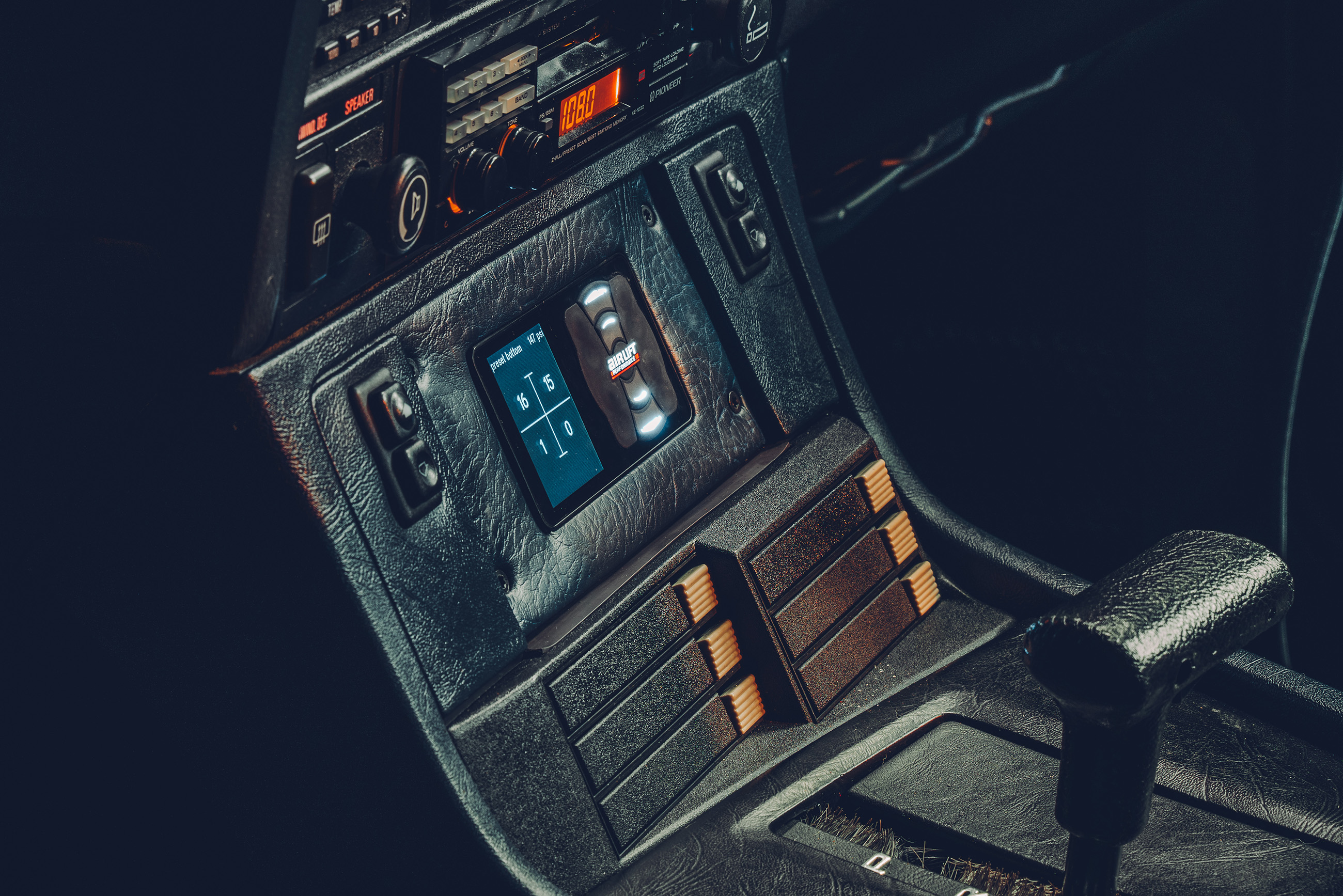 Inevitably, the original plan was to simply get it up and running, then enjoy it as a cheap run-around. Also inevitably, like 99% of these stories we get to tell, it was only a matter of time before that quick refresh turned into a much deeper project – One that required a full respray and Air Lift Performance.

Both are good steps, and we’d recommend them all day long! 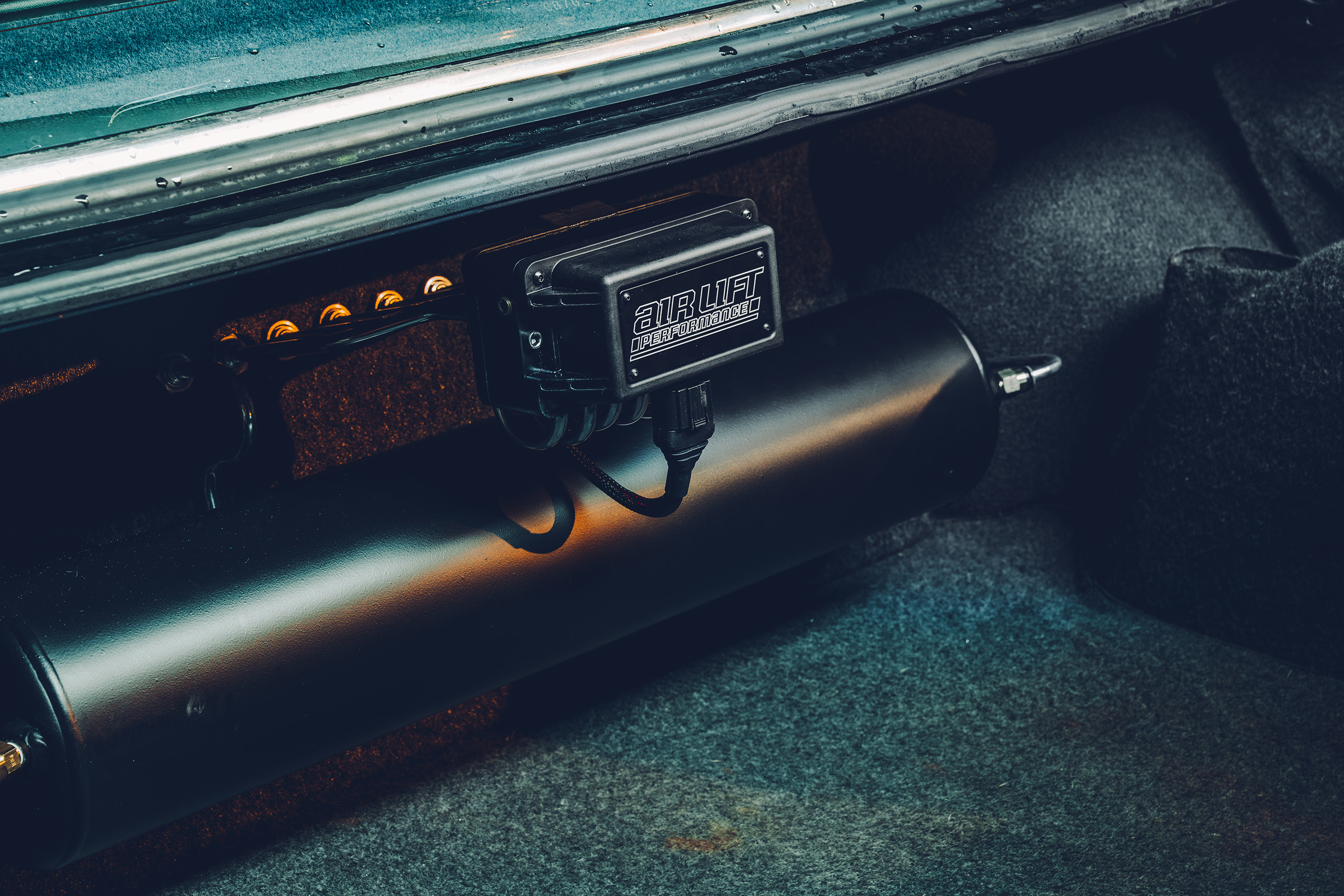 “It turned out the car was originally blue, not that it was particularly hard to find out,” Latham says. “I’d say it was the worst paint job I’ve ever seen. Everything was masked up, but they just hadn’t removed any of the trim. It was still blue behind the number plates, for a start.” 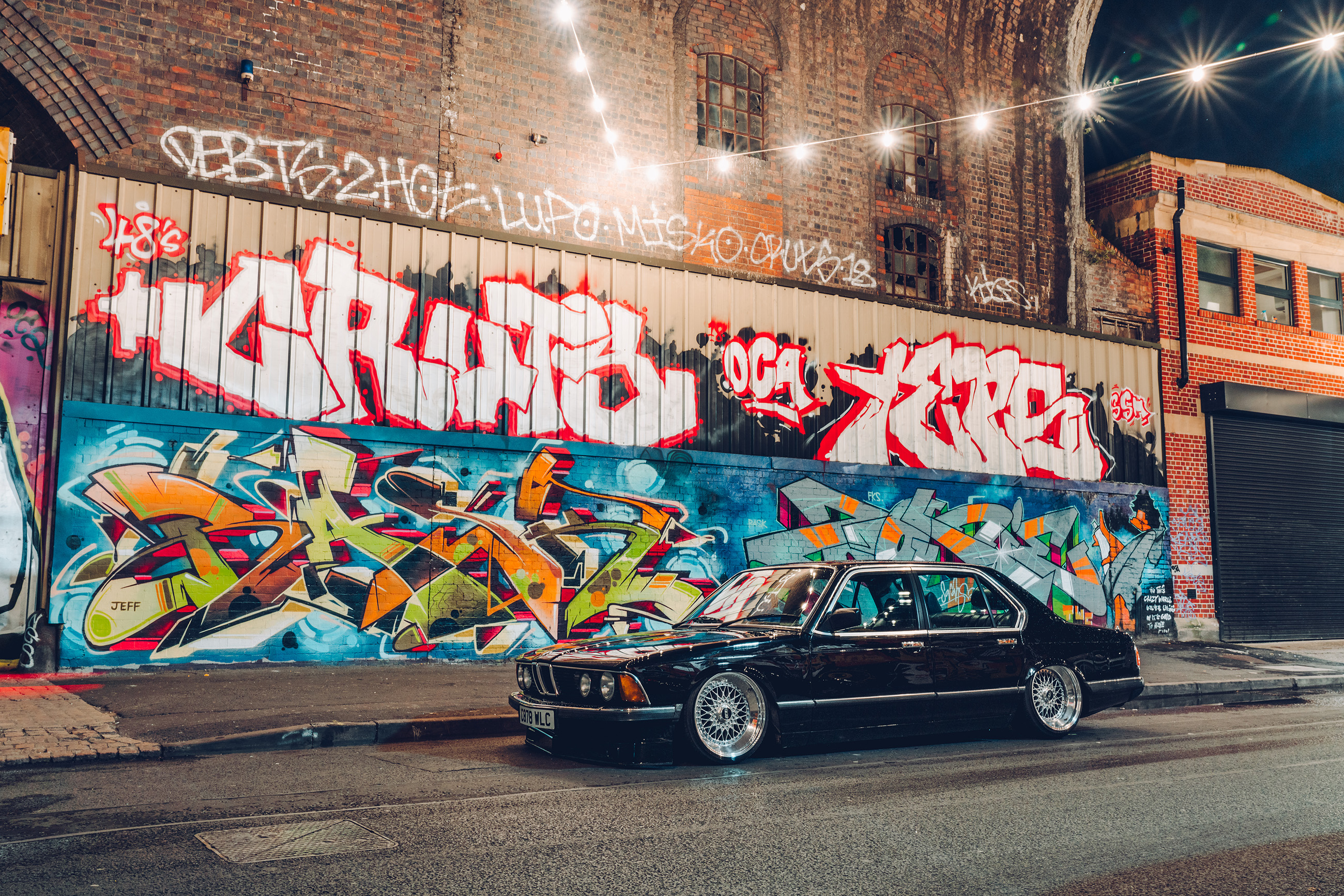 Keen to get his hands dirty, helped ever-so-slightly by the fact that Latham has an engineering degree, along with a history of general car tomfoolery, the 728i was stripped back and re-sprayed black before being wet-sanded, flatted and polished.

Sounds quite simple when you read it back, but the entire process took Latham a solid 40-hours to get right, being that it was the first time he’d ever attempted it. 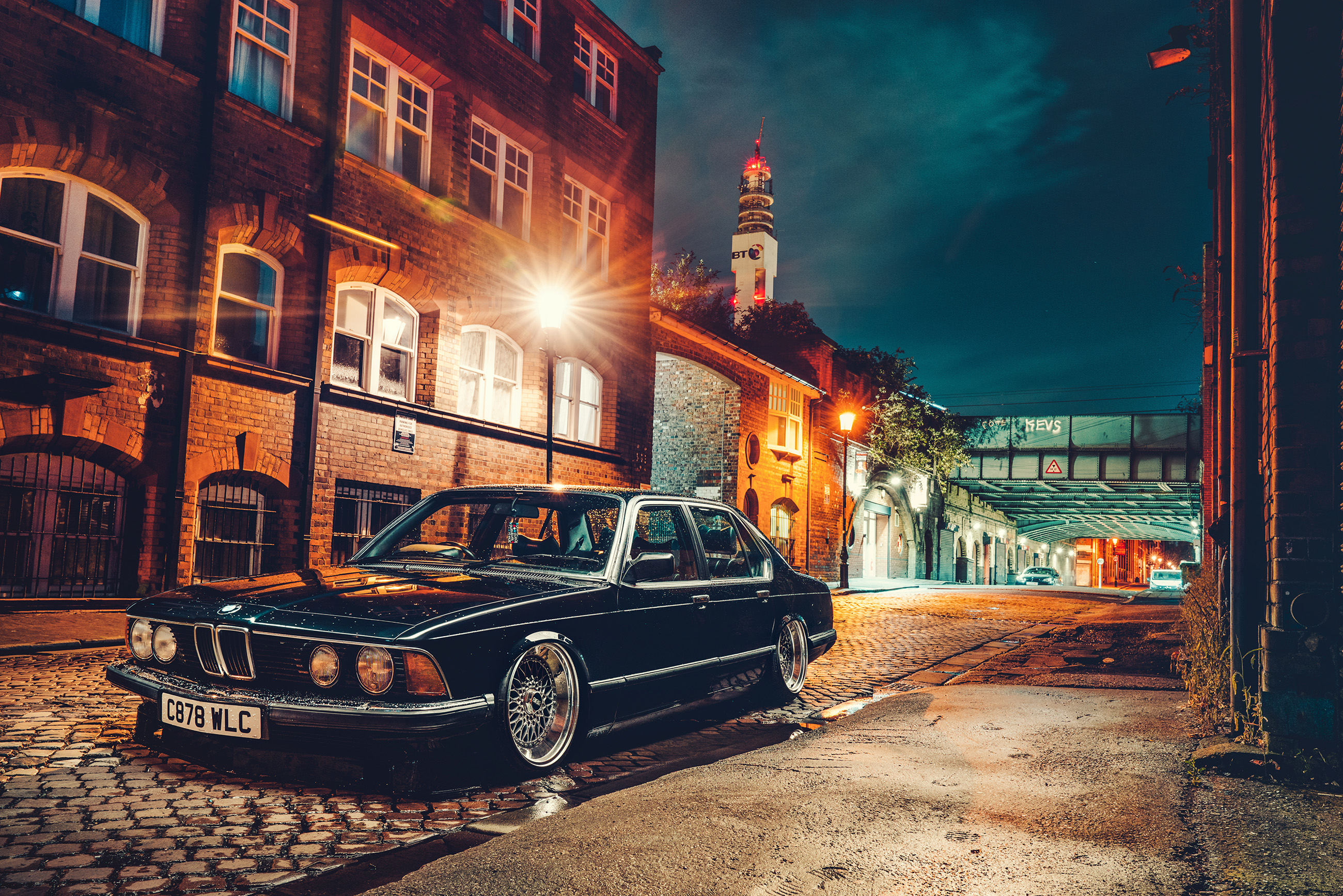 This hands-on mentality continued throughout the rest of the build, including getting the Air Lift Performance struts installed. Latham custom-machined sleeves and laser-cut eccentric top mounts.

Our favorite part has to be the 3D printed centre console which perfectly incorporates the Air Lift Performance 3P controller. Where do you even find a 3D printer capable of doing that?!

Well, Latham has one in his spare room. Obviously. 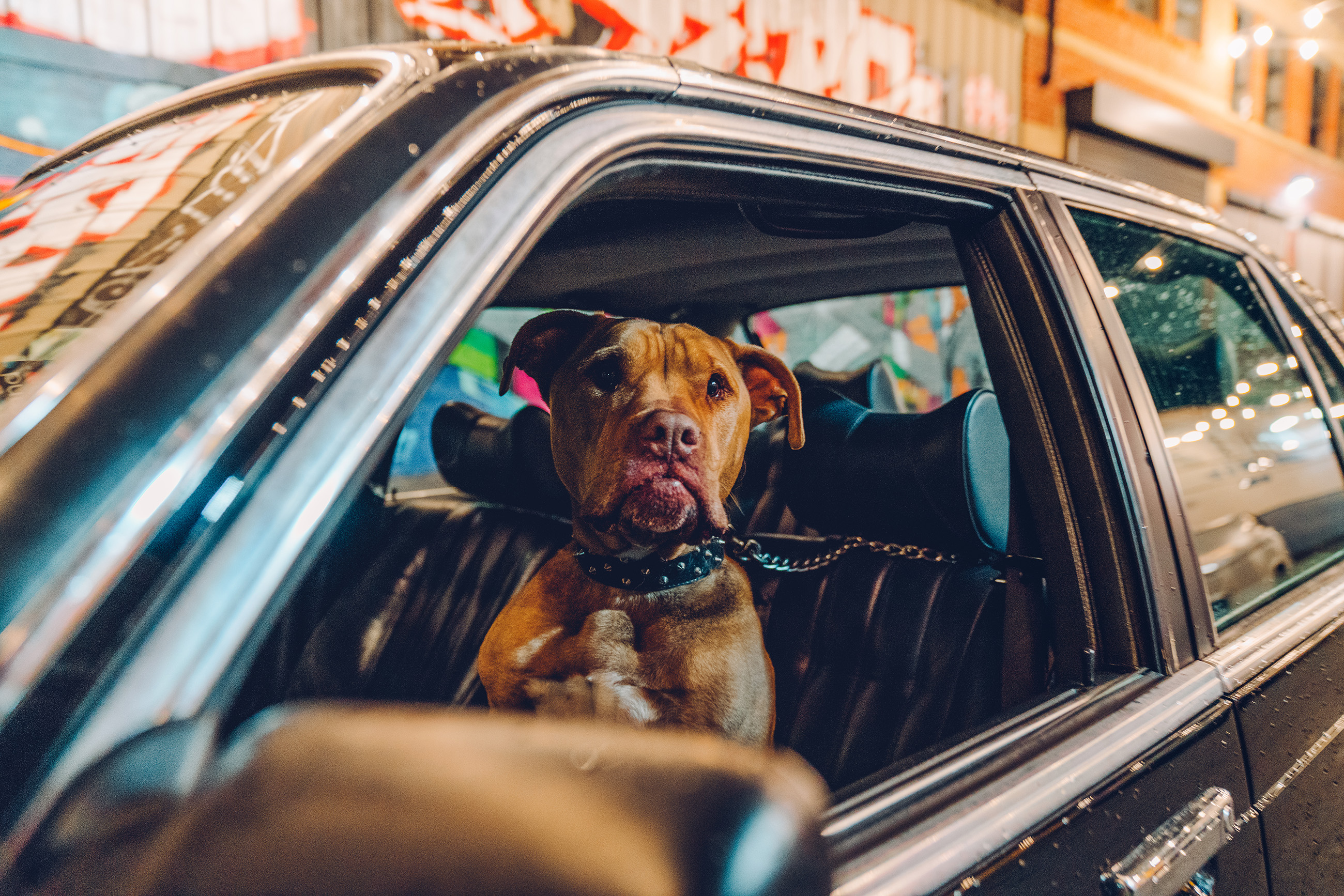 What we love most about Latham’s 728i is the overall feel of the build.

From the outside, it’s easy to assume it’s simply been slammed on BBS RS wheels – mainly because it has – but the attention to detail and hands-on approach that Latham took is everything we love about #LifeOnAir.

Like any project it’ll never truly be finished until the day it’s sold, but with a change of wheels already planned and a boot full of period-correct audio in the pipeline we can’t wait to see it progress throughout 2019 and onwards.