When you think of air-equipped BMWs, you might picture an F80 M3, or the classic E36 3-series. What you might not be expecting is a BMW 700.

If you’re asking yourself, “What’s a BMW 700,” don’t worry. We were puzzled at first too. But when you learn it’s owned by John Ludwick Jr.—a man who’s got a bit of a reputation for building some properly obscure cars—you know you’re in for a treat before you’ve even laid eyes on it. 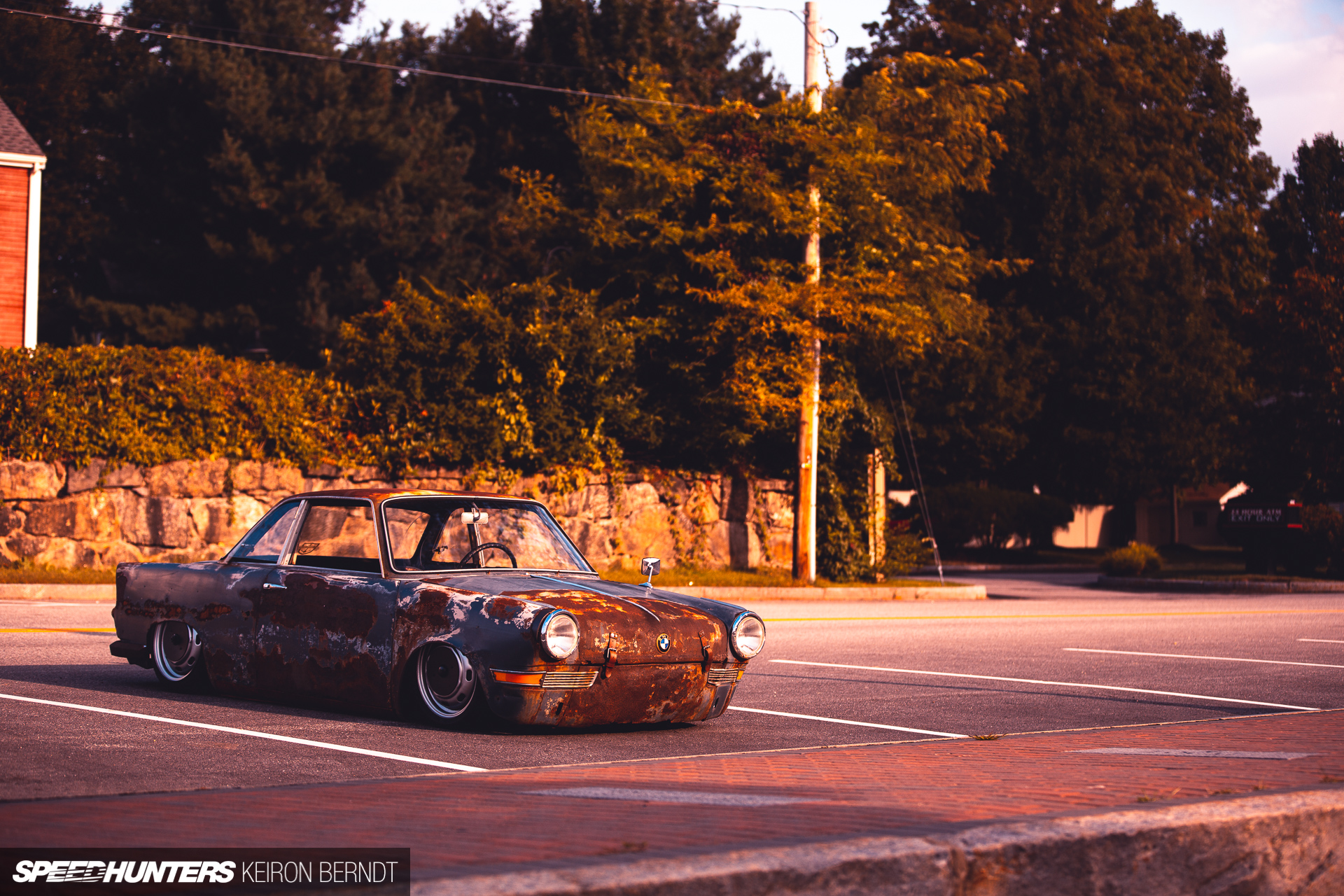 The BMW 700 was originally produced between 1959 and 1965 as a small, rear-engine saloon designed for the economy market, and it turned out to be a massive success.

BWM was struggling financially at the time of its launch, but sales of over 188,000 vehicles pretty much saved the company. The 700 was so popular that BMW even took it racing, with the 700RS (which looks just as cool as you’re imagining). 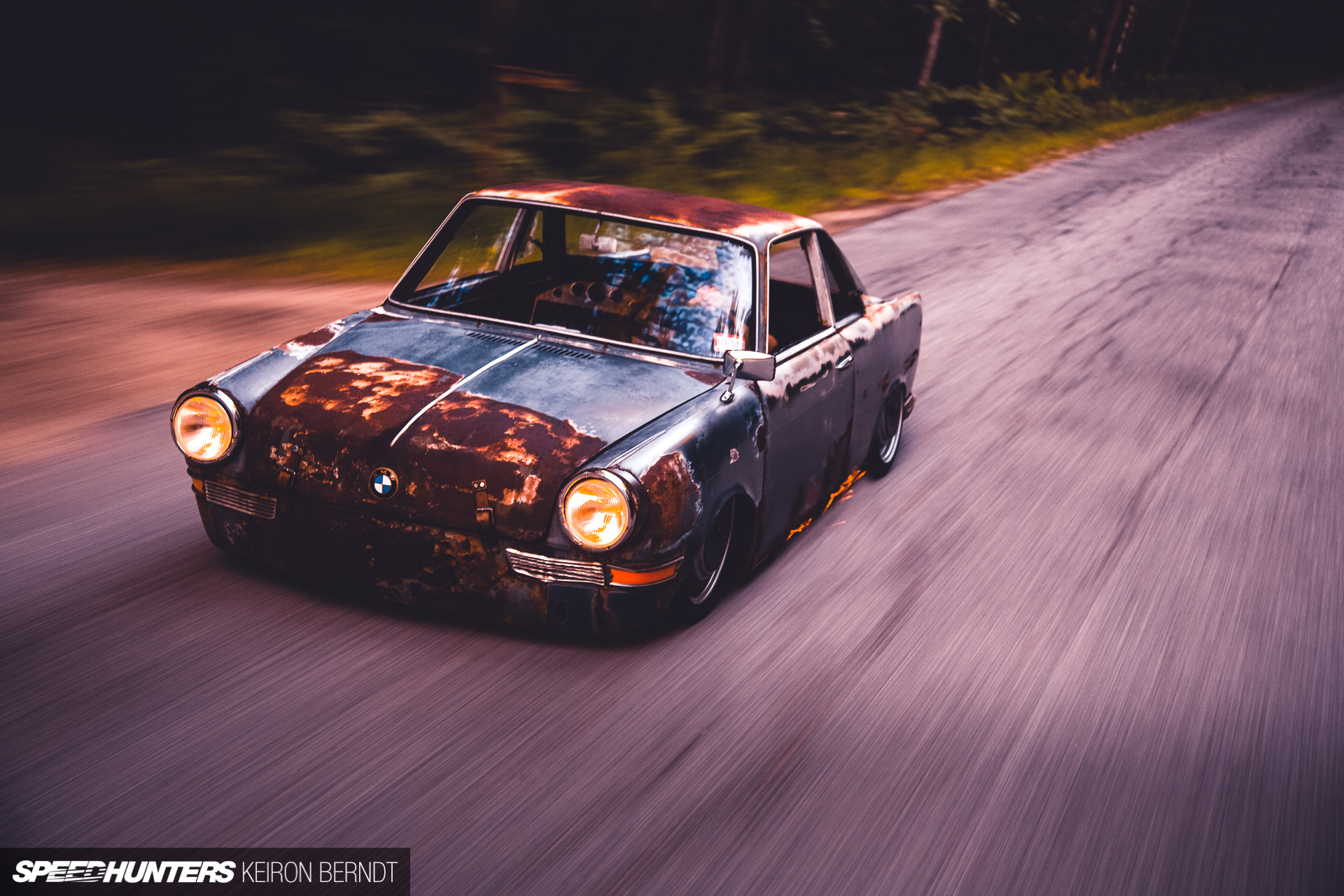 Despite being such a popular car in the ’50s and ’60s, it’s a relatively unknown and unloved car now. But when the right person gets their hands on one, the result is so incredibly special.

From certain angles, the BMW 700 almost looks like a VW Karmann Ghia, mostly because of the lack of signature BMW kidney grills—no need for cooling up front when the engine is in the back…

That’s not a bad thing, though. In fact, this similarity gave John an idea when he decided to save this 700 from the scrap yard. 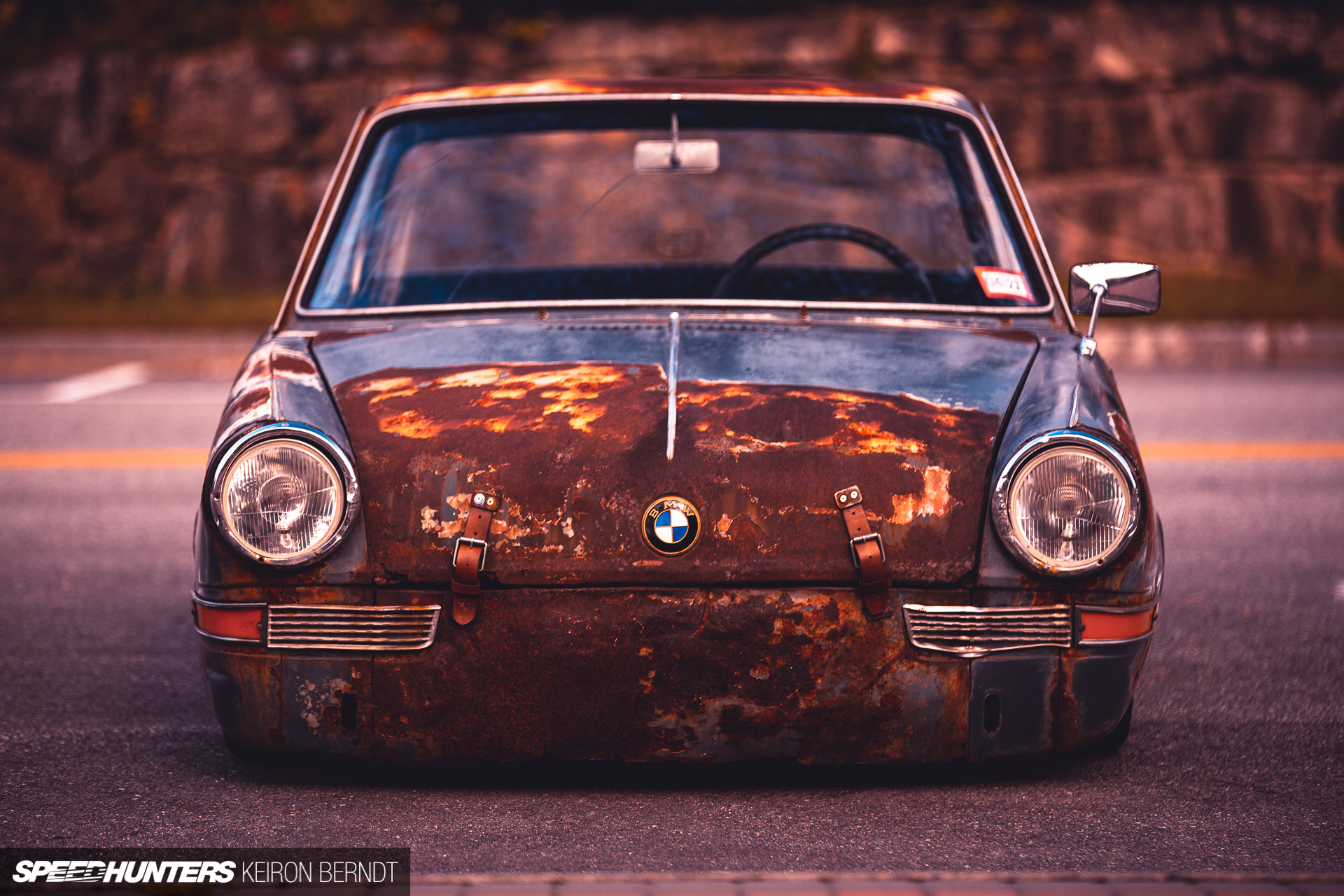 There’s no ignoring the patina here. It barely looks as though the car is held together. But that’s just how John found the car. The outward appearance is all on purpose, and  don’t for a second think it’s reflected in the rest of the build.

Where it matters most, i.e. the chassis and drivetrain, John’s put in the work to make it not only road-legal, but a prime candidate for an Air Lift Performance suspension. 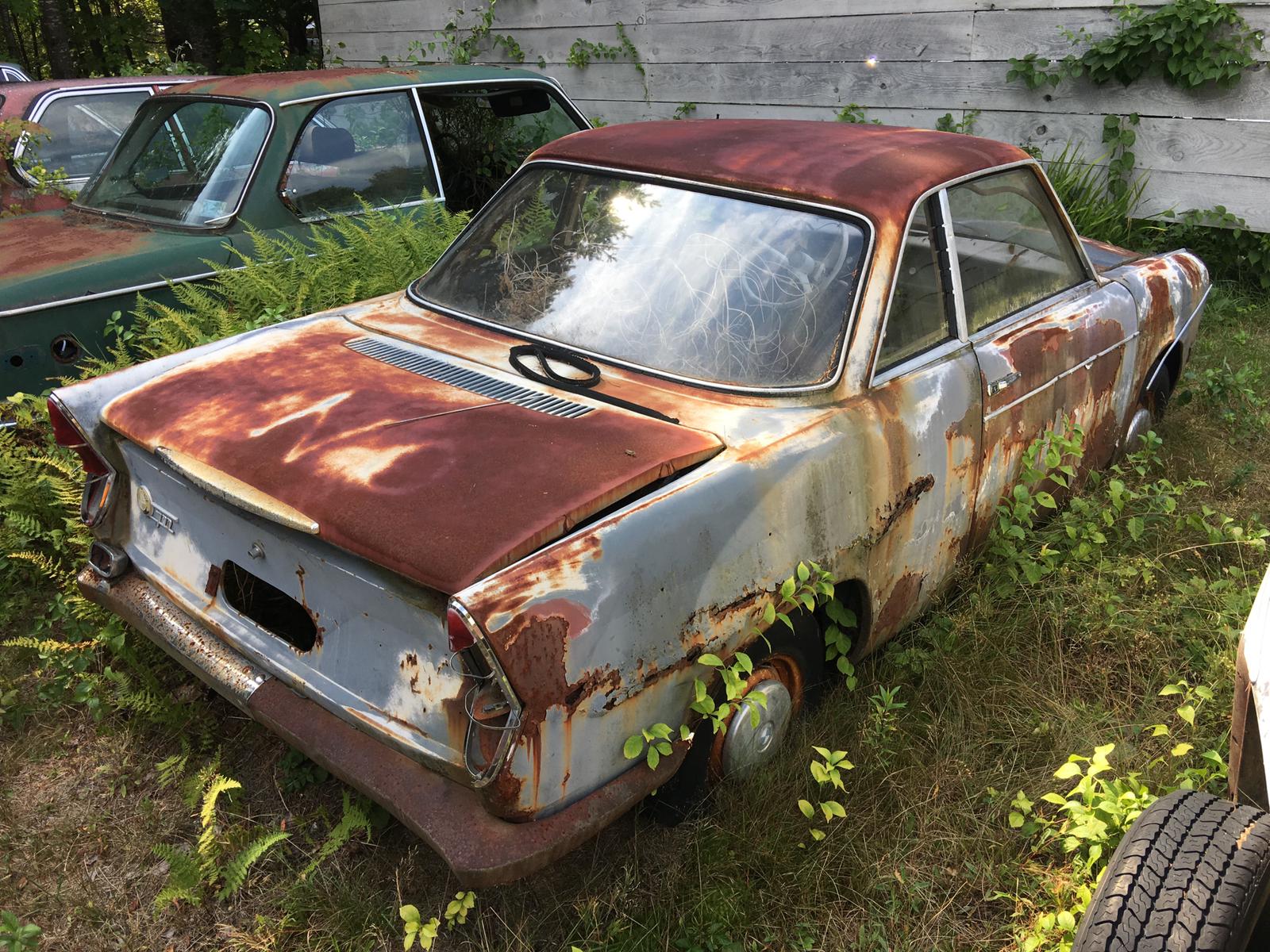 The words “restore” isn’t enough to describe what John did to this 700.

The 700 has sat for so long prior to john discovering it that the earth has quite literally started to reclaim the car, rendering the original chassis unusable. So, John put the BMW on a VW Beetle floorplan instead.

And using the Beetle floorplan wasn’t easy; to give you an idea of how small the BMW 700 is, the Beetle chassis would need shortening a full 13in to fit! Even the width needing several inches chopped out to get the wheels to fit within the stock arches—something John was adamant had to stay (i.e. no flaring or overfenders). 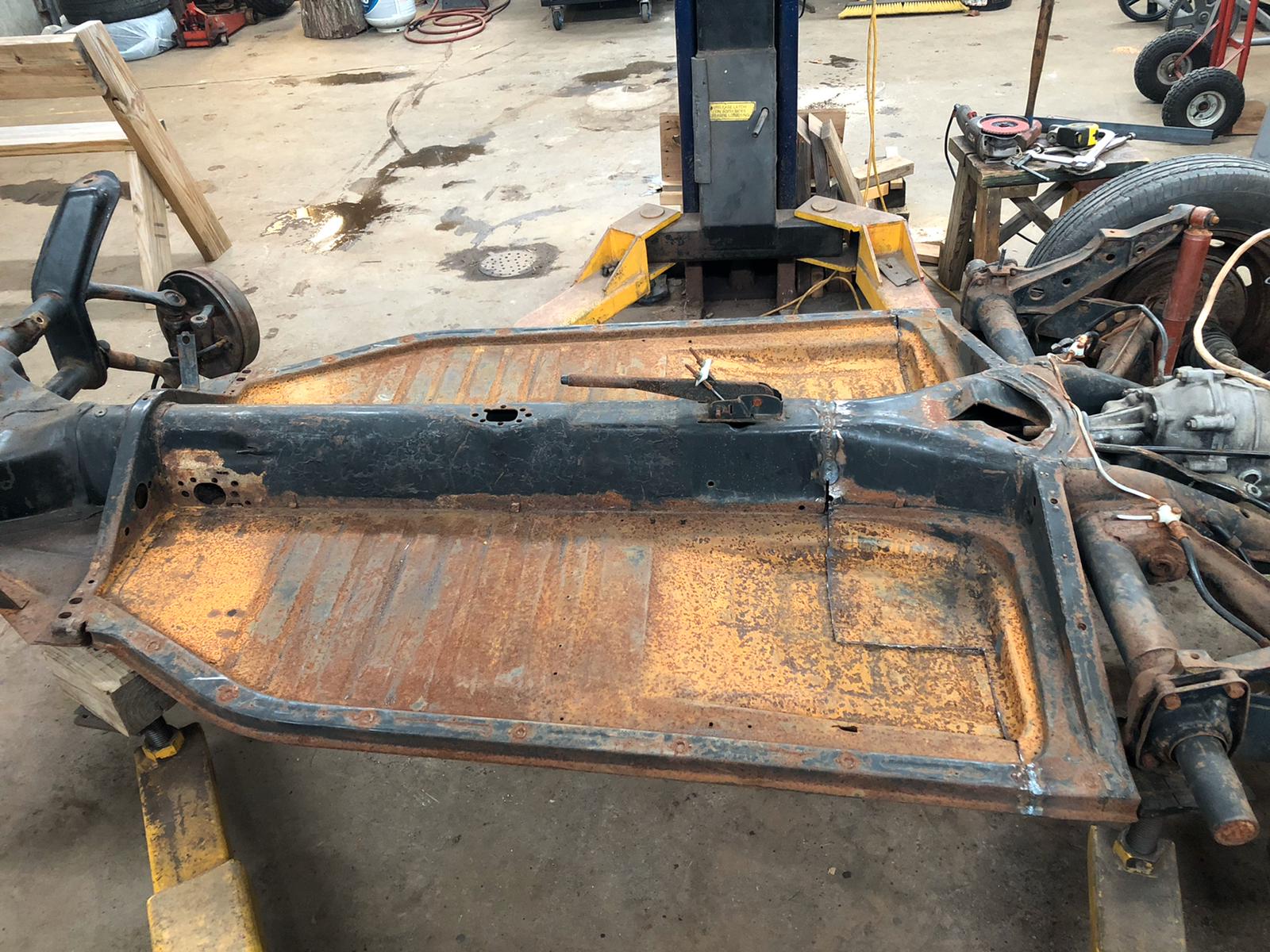 But this type of build is exactly what John and his father live for. They bring cars back to life, even from the brink of extinction. The methods and fabrication used may not always align from a purist’s standpoint, but we always know the end result is going to look insanely cool. 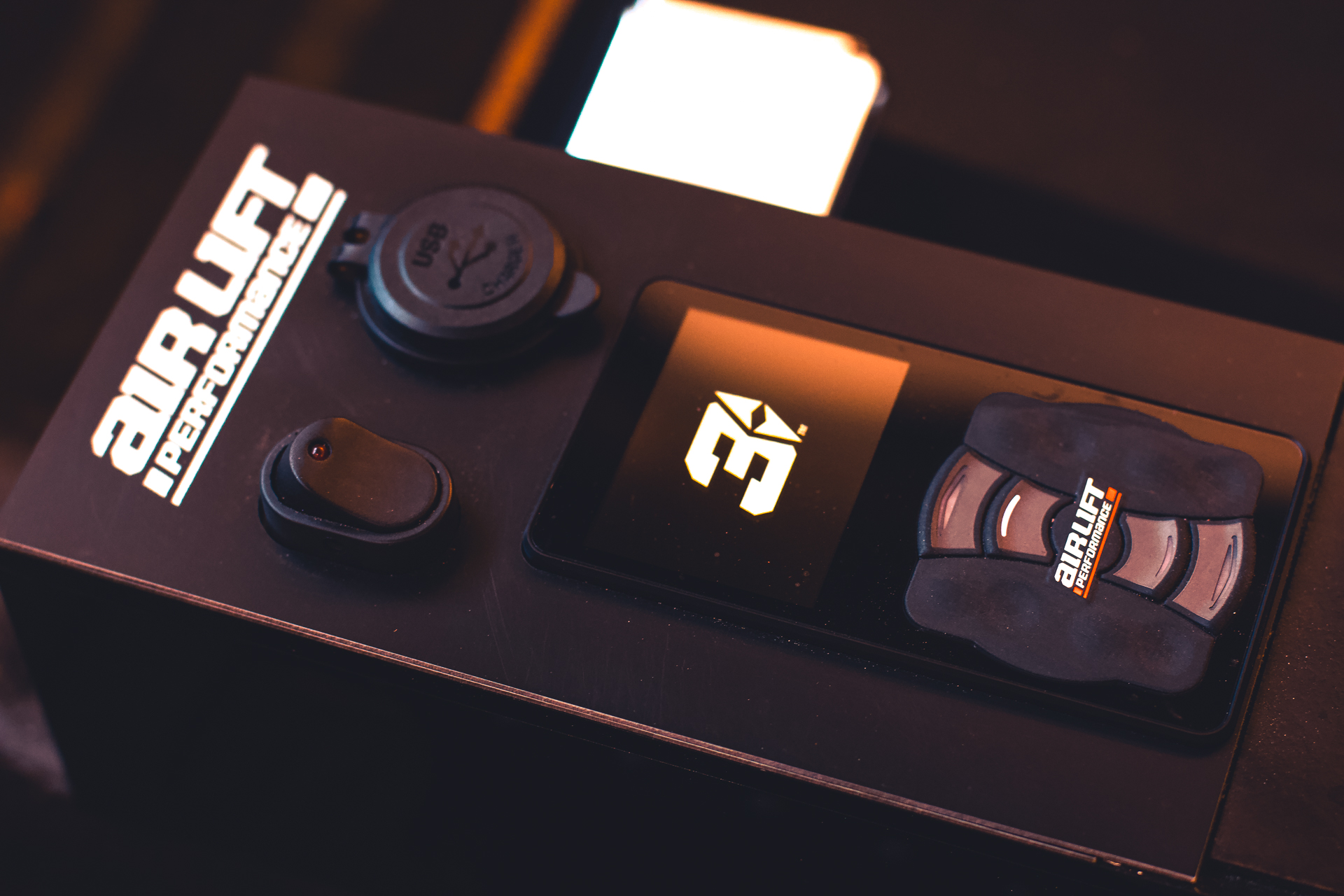 On top of from being a huge improvement over the stock handling—partly because finding replacement shocks would be nearly impossible—it gives John the opportunity to run a killer stance at every opportunity, without compromising its drivability. 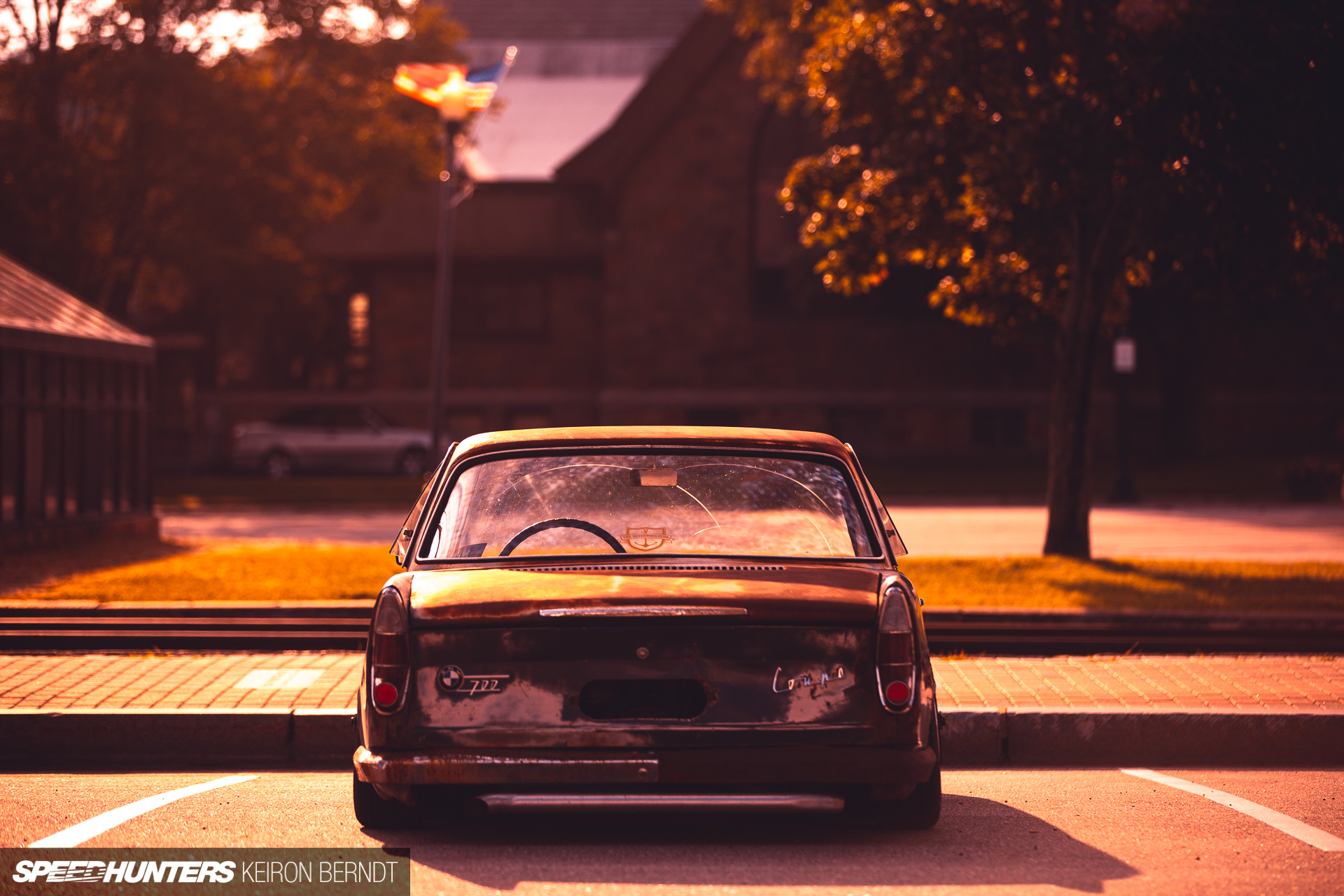 This is what we’re most proud of at Air Lift Performance, the versatility of our systems and the passionate enthusiasts like John who embrace this technology. Whether it’s a new or old build, a stance or a track car, even a restoration or rad rod, every avenue of car customization can benefit from an Air Lift Performance suspension. 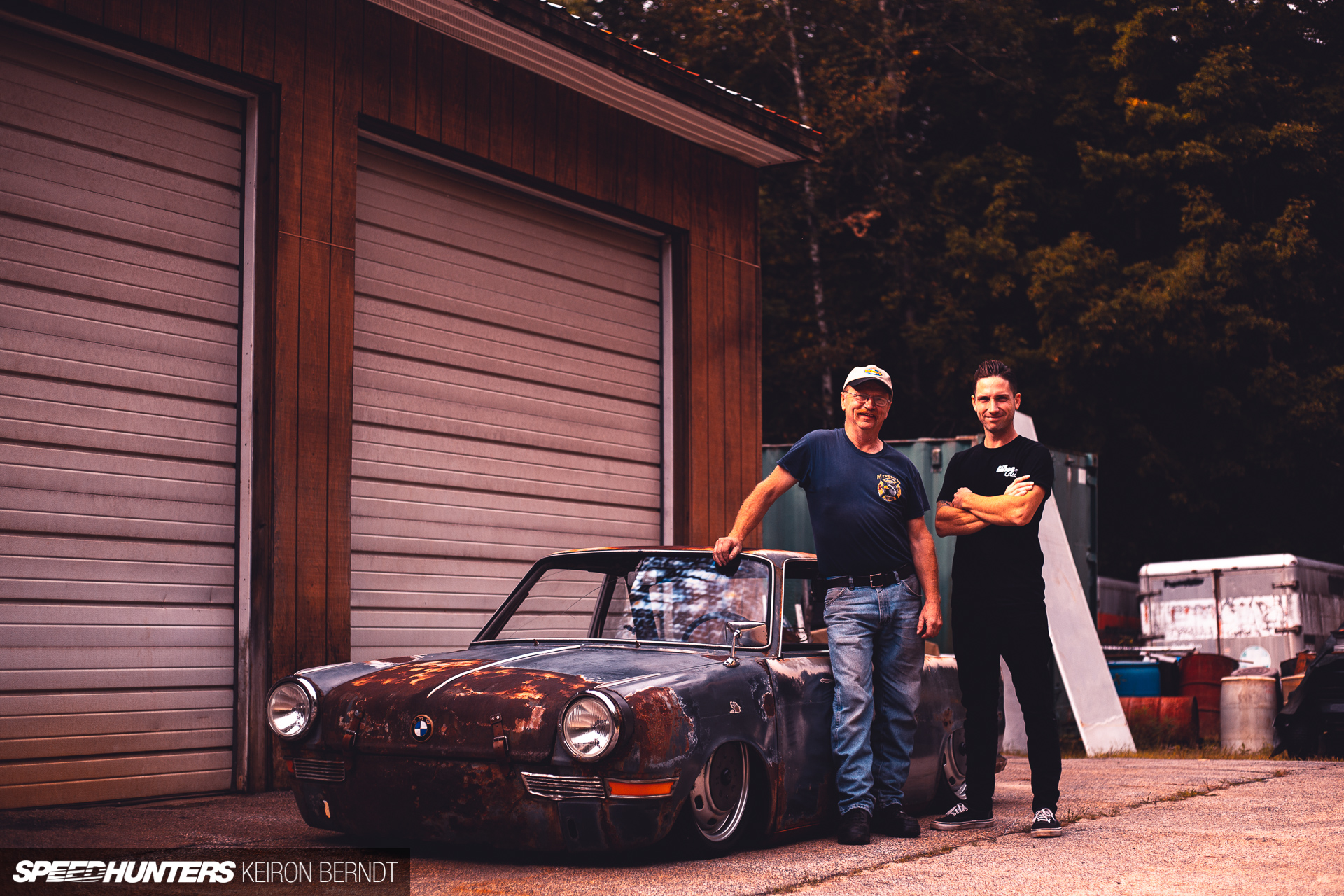 The question here is, after a slammed and patina’d BMW 700, what the heck does John do next? Your guess is as good as ours, but we can’t wait to see the result.