One of Air Lift Performance’s favorite cars from 2016 was the ‘Spirit Of 147’ Porsche 911: a RAUH-Welt wide-body, Bisimoto-tuned monster built by the team at Speedhunters.com in conjunction with EA’s latest Need For Speed video game. In fact, we loved it so much we even had the car unveiled on the Air Lift Performance […]

One of Air Lift Performance’s favorite cars from 2016 was the ‘Spirit Of 147’ Porsche 911: a RAUH-Welt wide-body, Bisimoto-tuned monster built by the team at Speedhunters.com in conjunction with EA’s latest Need For Speed video game. In fact, we loved it so much we even had the car unveiled on the Air Lift Performance booth at SEMA last November! 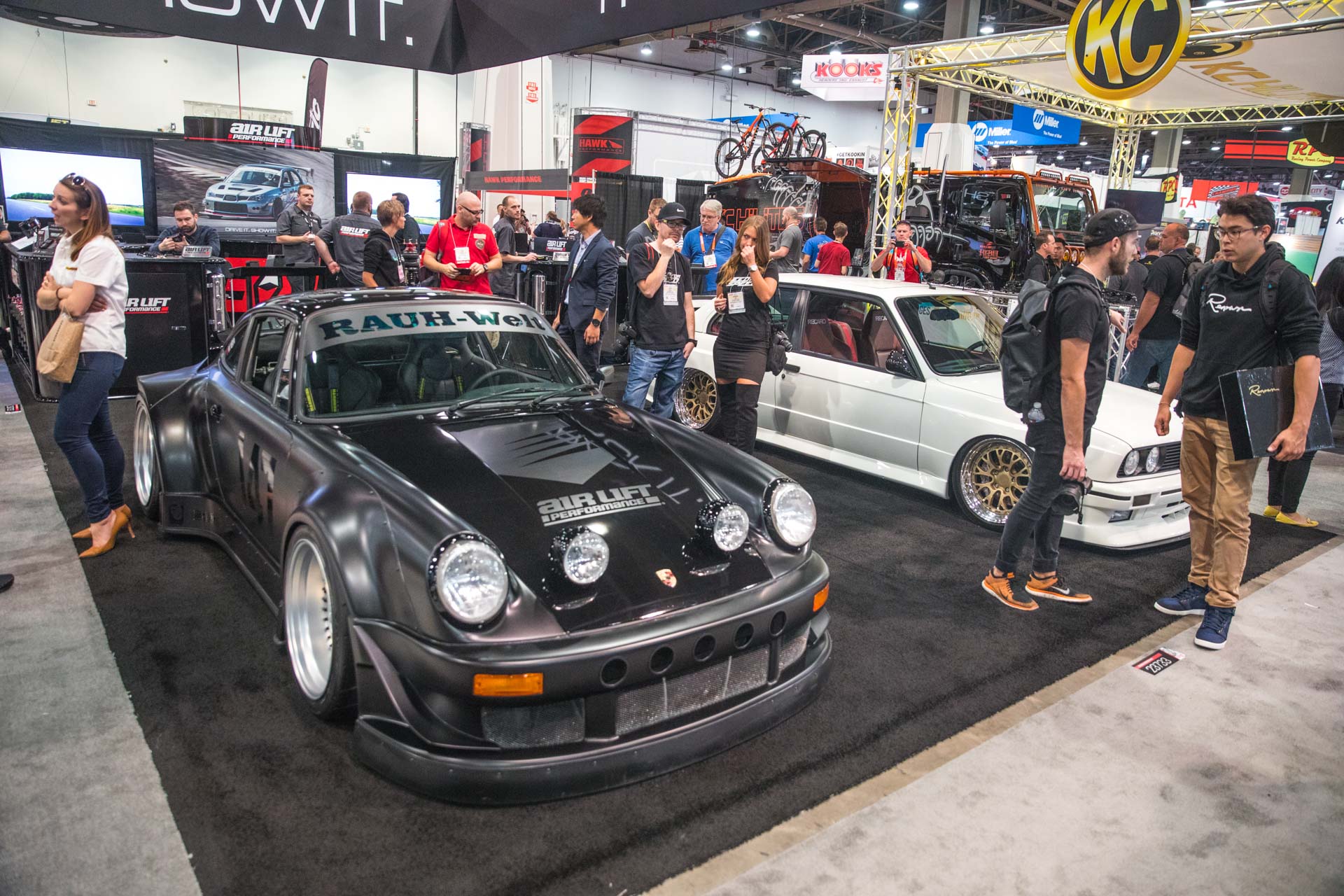 It turns out that we weren’t the only ones feeling the Porsche’s vibes in Las Vegas. A little magazine called BBC Top Gear also took a liking to the matte black 964 and there was one very simple question they wanted answered: “Can we drive it…?” 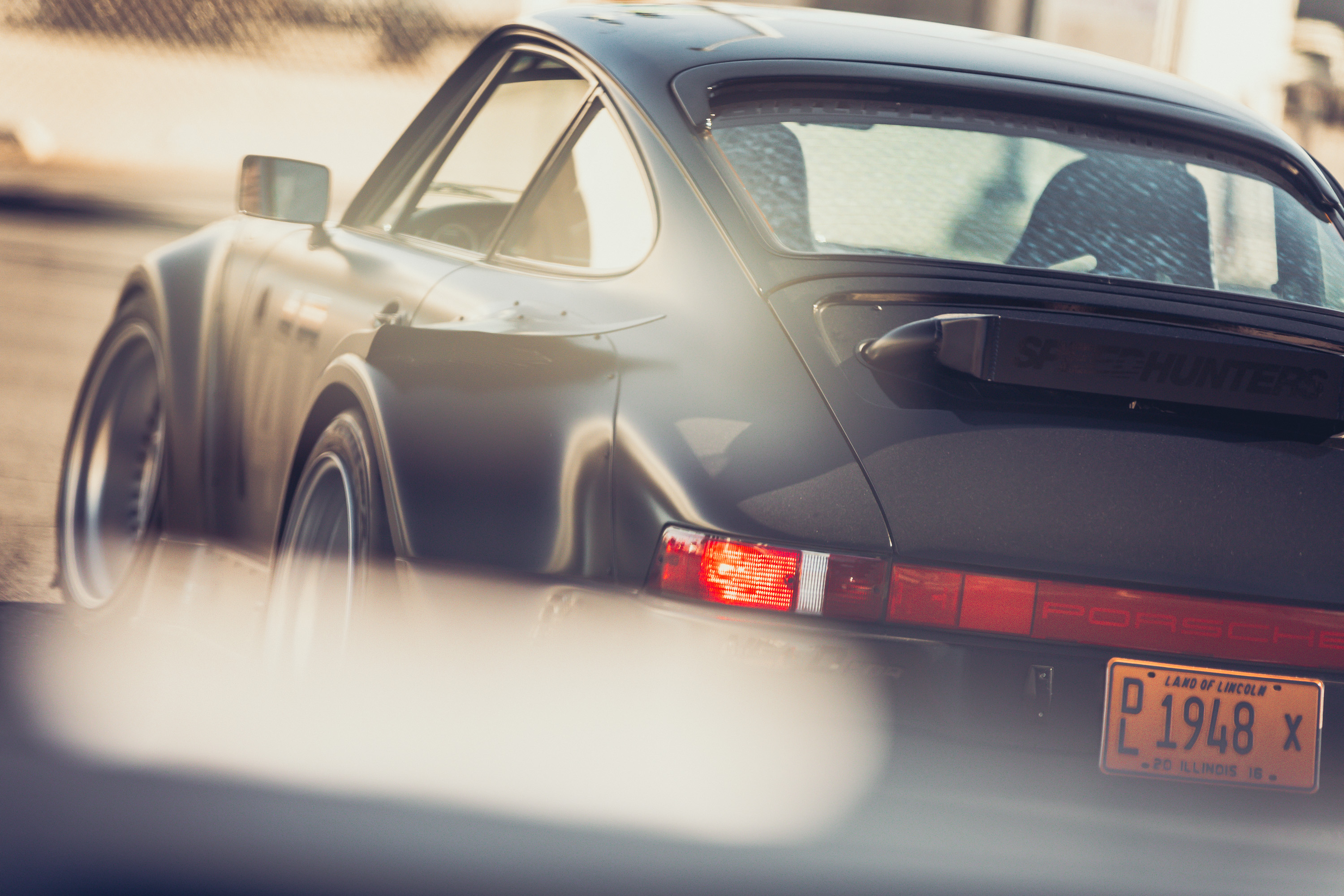 For a lot of car owners, this request would’ve been terrifying. In fact, most SEMA builds have either just been finished, still require additional tuning or simply aren’t designed to be driven outside of the show hall. But this particular car’s owner isn’t what you’d call “typical.” In fact, he’d probably take more offense to you not driving his car hard! 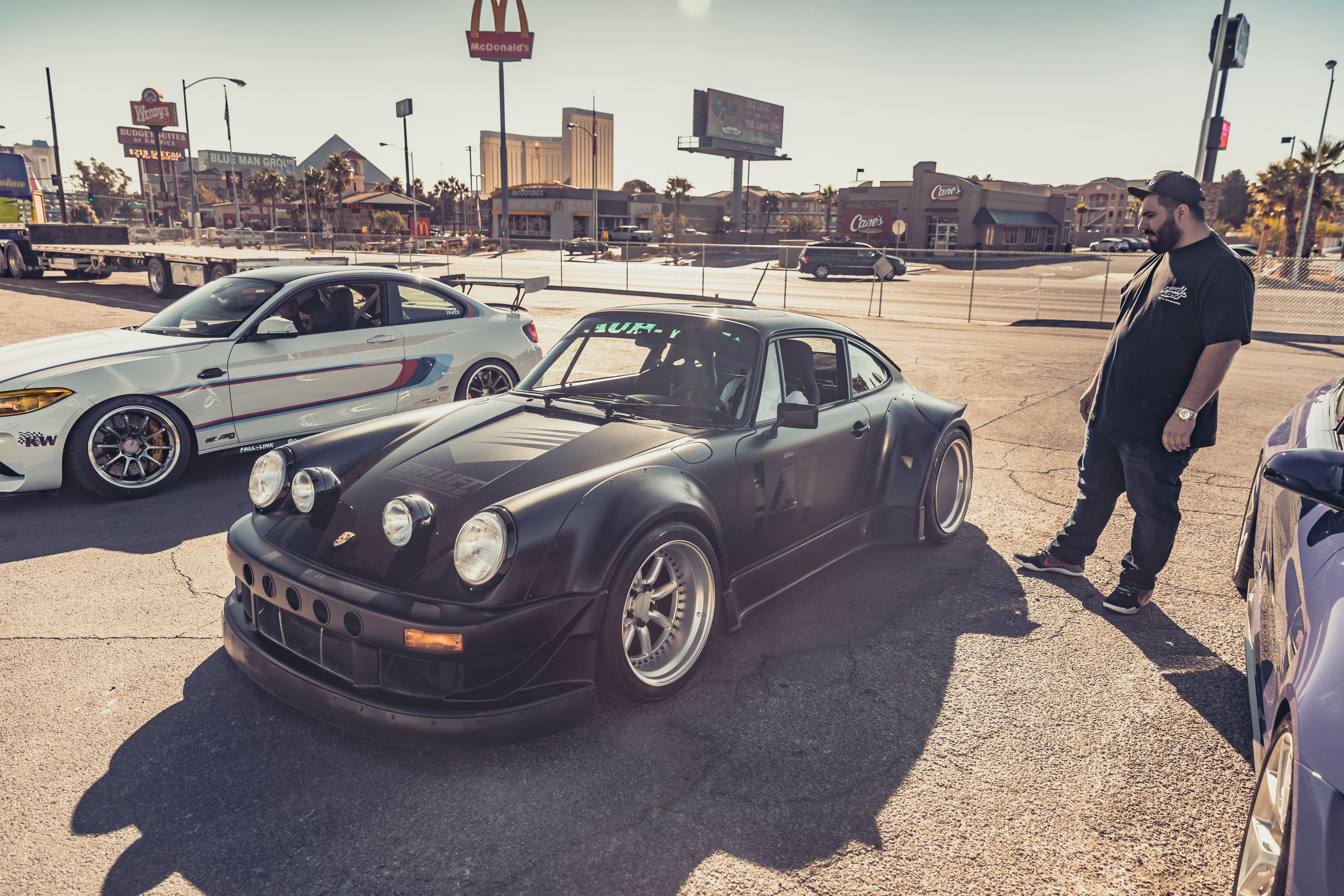 Richard ‘Fish’ Fisher is a long-time Air Lift Performance supporter. Based in Chicago and the owner of several bad ass cars (including a supercharged BRZ and a V8 supercharged S14), Fish has always run Air Lift Performance suspension and spends most of his time driving sideways, destroying tons of tires in the process. So, when asked if Top Gear could drive the Porsche after SEMA, Fish was more than happy to oblige, but on one condition: the car gets driven properly. 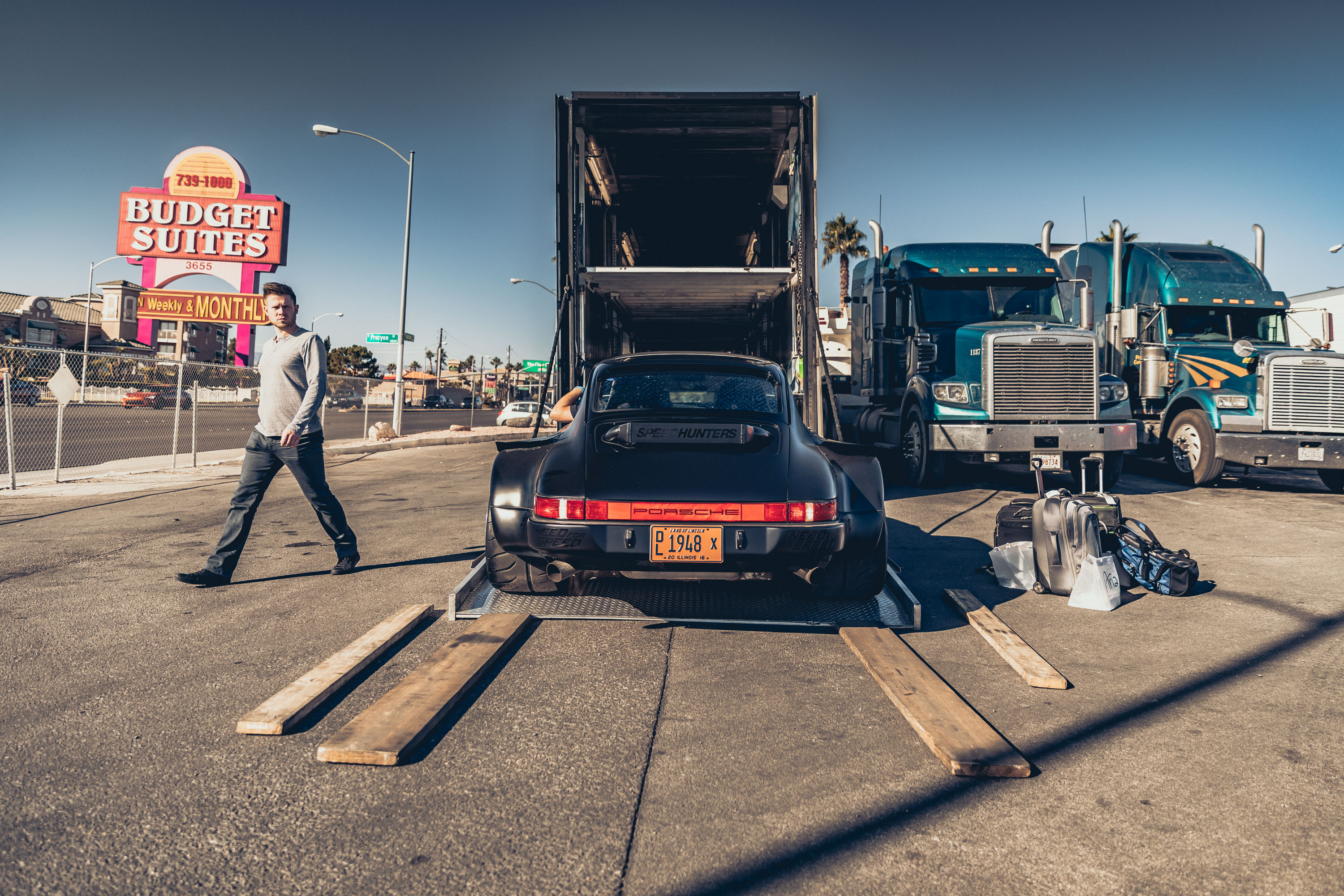 On a Saturday morning after the SEMA show finished, we met up with Fish and the Top Gear team down at a local truck stop. The plan was fairly straightforward – take the 964 on a 100-mile blast through Las Vegas and the nearby canyons before dropping it back off with Fish ahead of its 1750-mile journey back to Chicago. 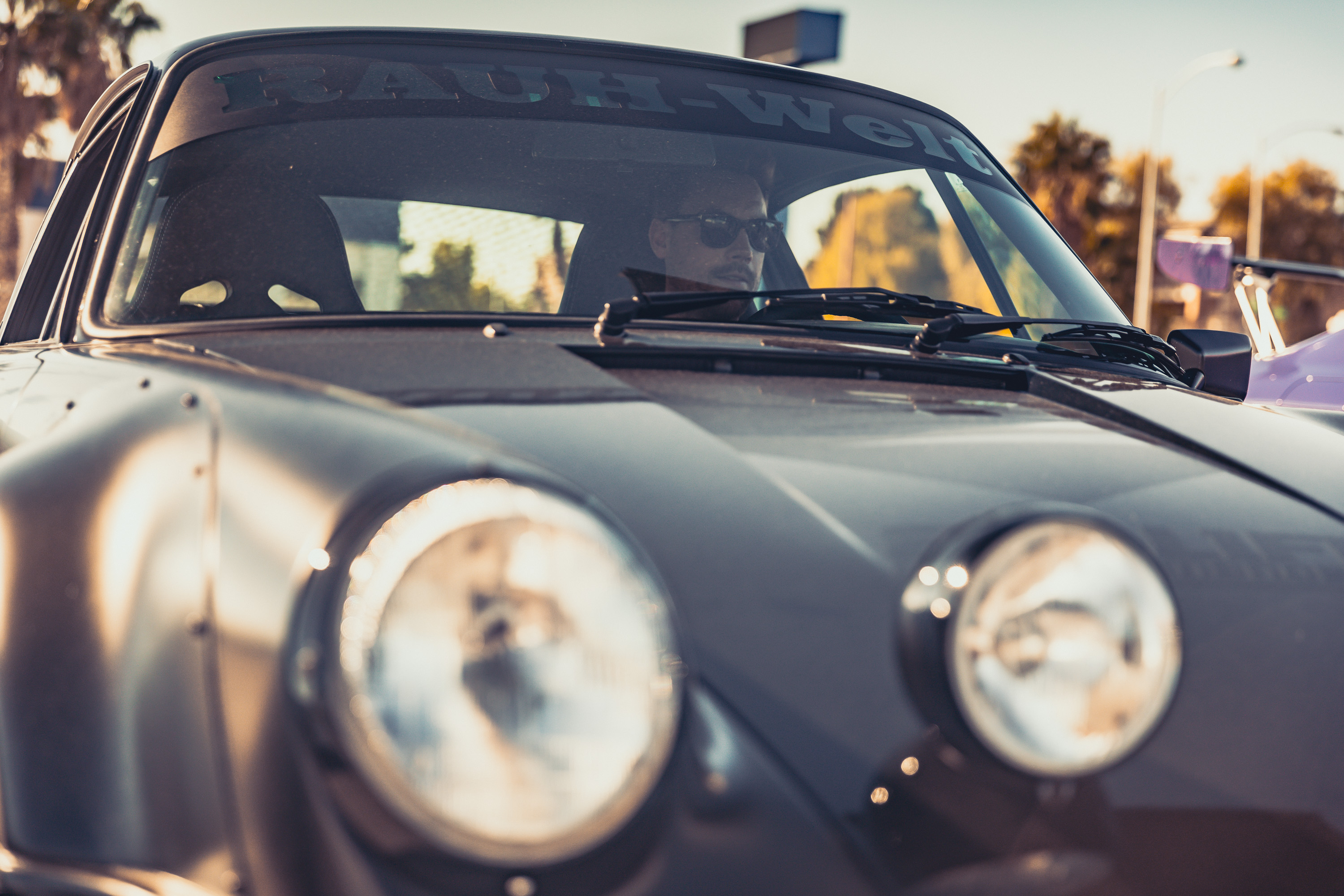 “So long as the car can be pushed, I’ll get it back home, so don’t worry about blowing it up,” Fish shouted. He wasn’t joking, either. 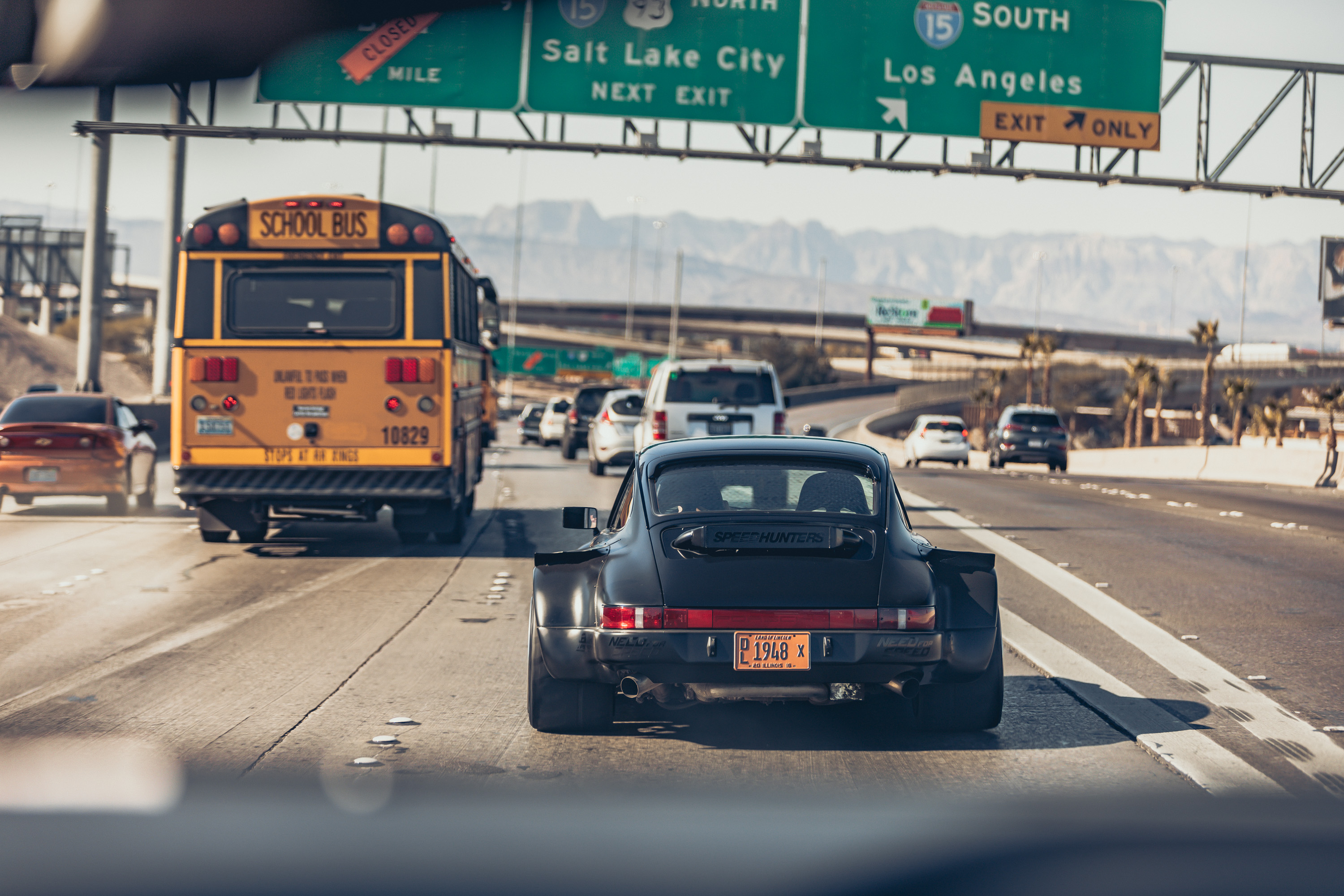 Within a show like SEMA, the Porsche looks pretty wild, but on the streets mixed with everyday traffic the 964 looks downright insane – even in a place like Vegas! You don’t fully appreciate just how wide those RAUH-Welt arches are until you see it from behind. There’s not much space either side of the white lines. 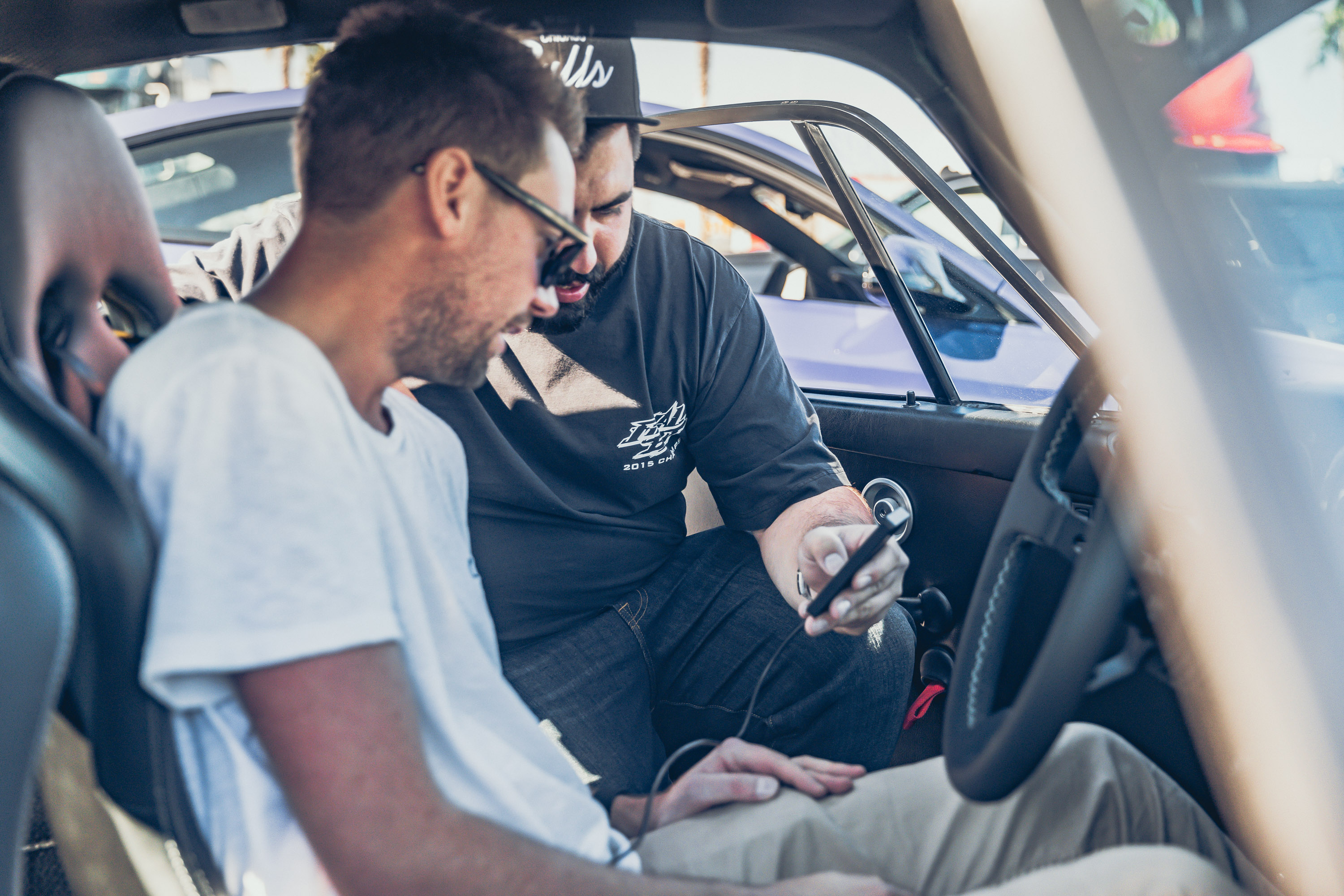 Before setting off, Fish showed Rowan from Top Gear all the relevant controls, including the control for the 3H system and how to quickly and easily adjust the Porsche’s ride height. “Don’t drive it too high in the photos,” Fish added. “It looks so much better slammed!” 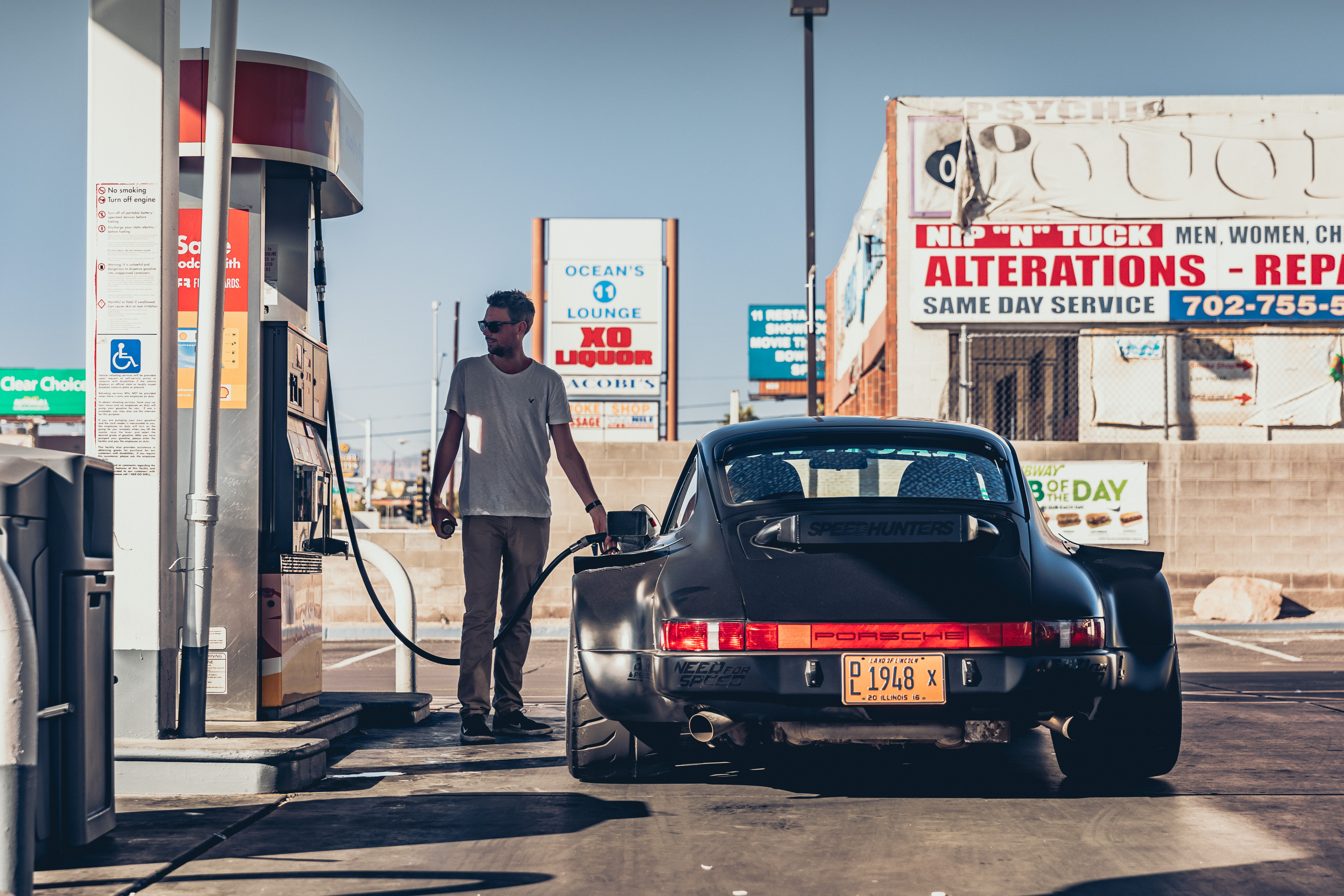 With the tank full with super unleaded fuel, Fish handed the keys to Rowan and we set off in hot pursuit of the 400 bhp single-turbo beast. Even if you lose sight of the 964, the straight-through exhaust and open waste gate mean that you’ll always be able to hear it! 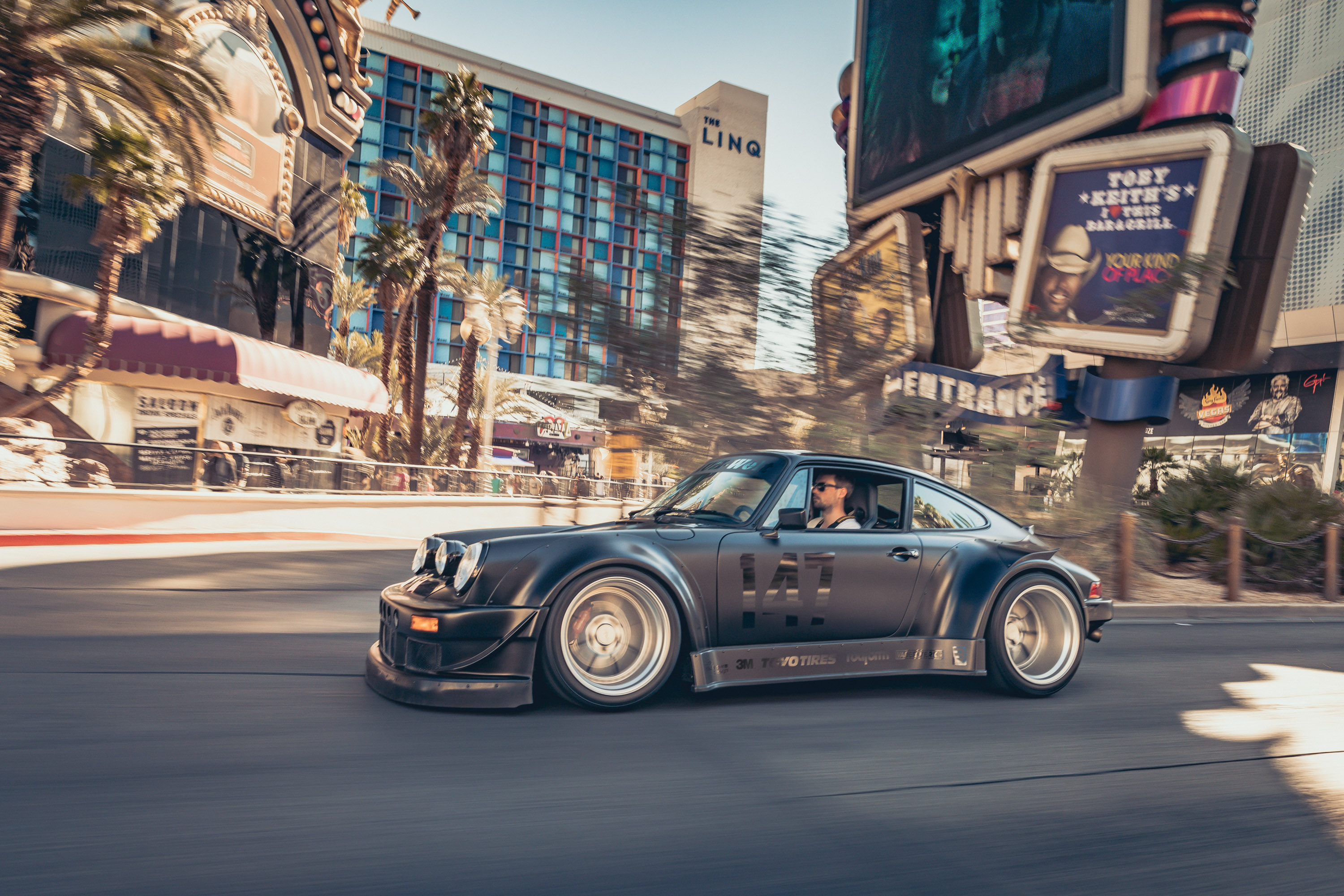 Our route took us down the Las Vegas strip before heading out to Red Rock Canyon, which gave Rowan a chance to open up the throttle and experience the Air Lift Performance air suspension when the going gets tough.

Despite the car’s width, the lack of wing mirror and being on the wrong side of the road, it’s safe to say he wasn’t disappointed! 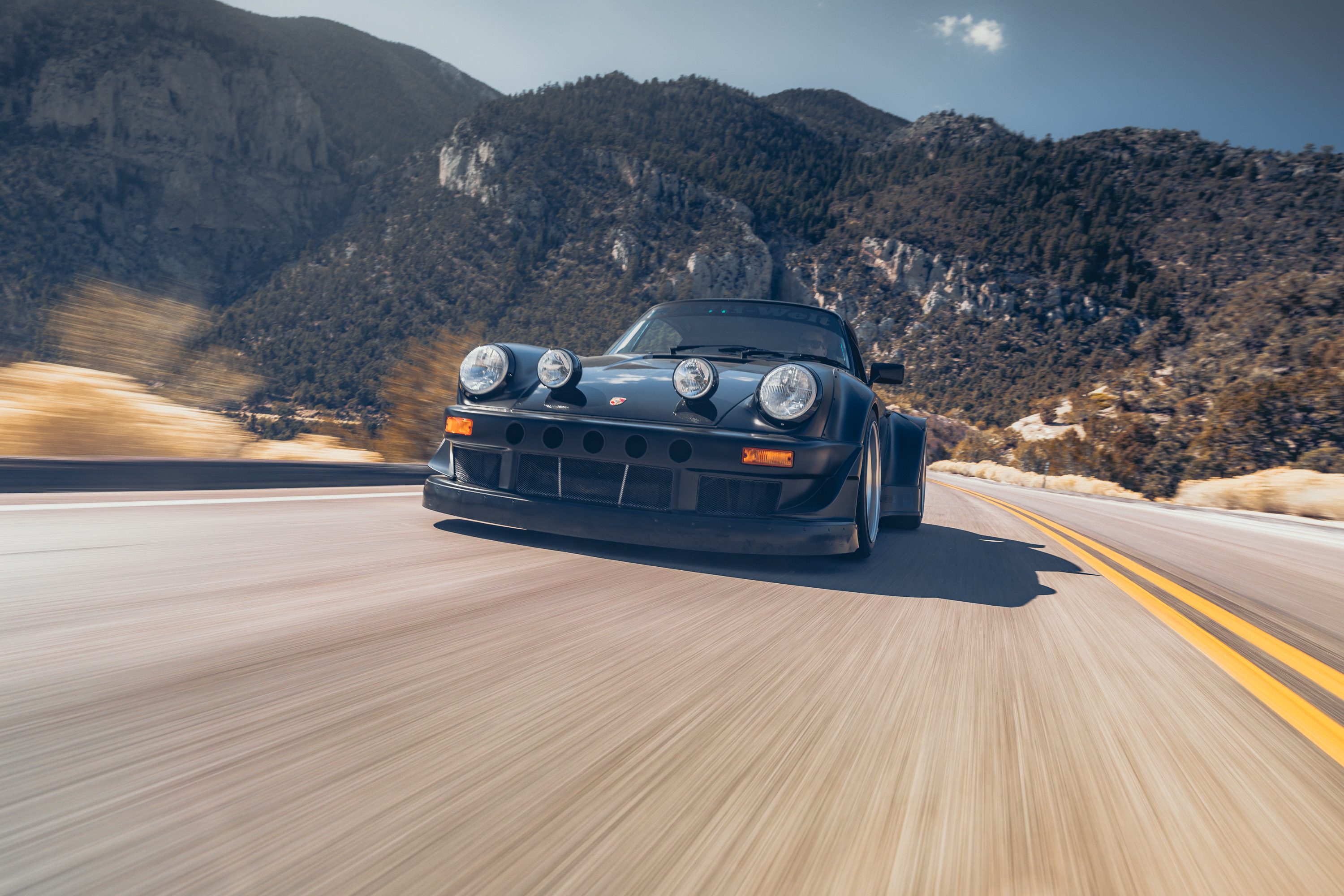 “Considering the vast modifications, the car still upholds the idiosyncratic DNA of an old 911: the front end getting light at high speed, but the rear always being trustworthy for traction. But it’s the ride that’s most surprising,” explains Rowan. “You can lean on those bags at speed, especially when those tires warm up.” 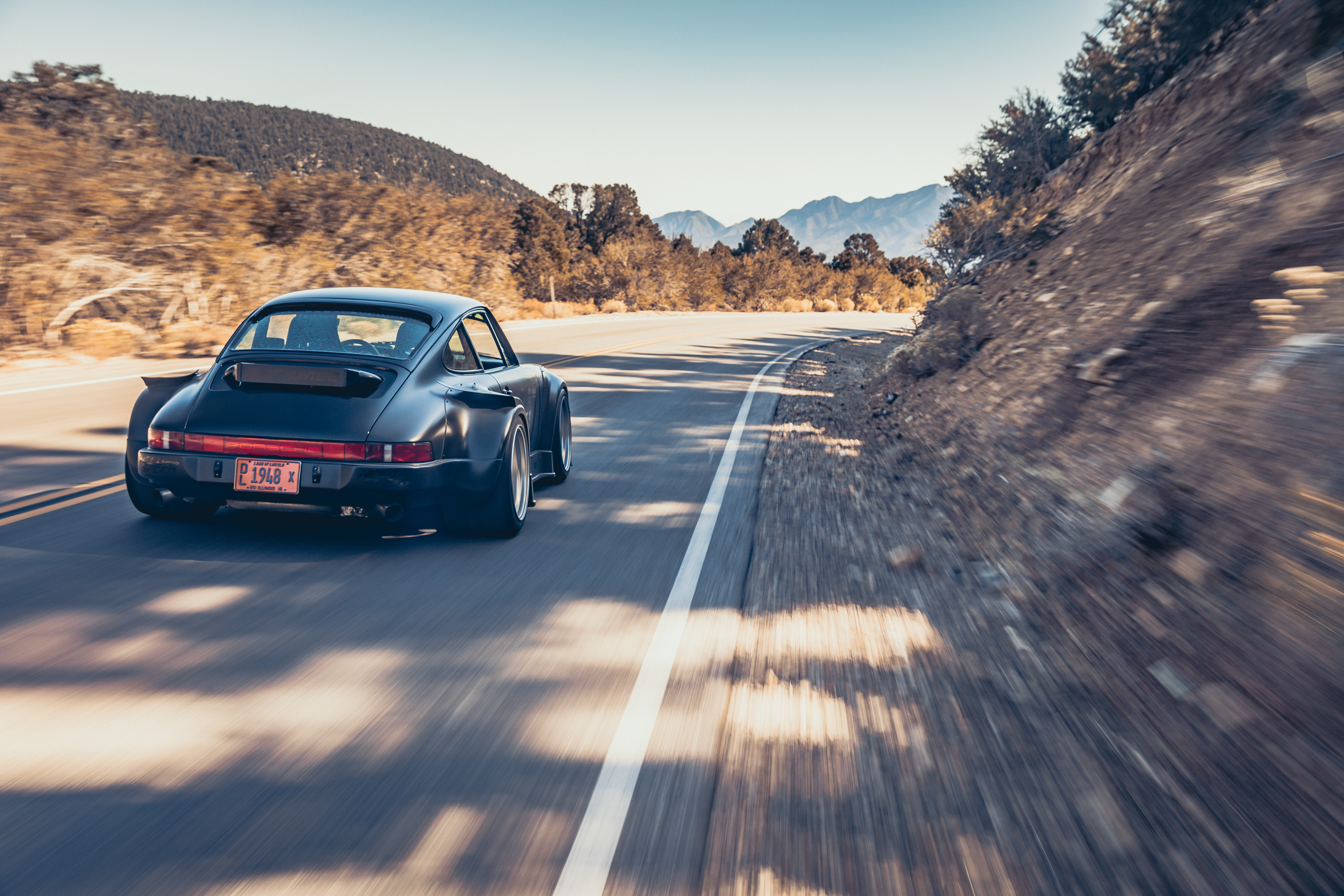 We carried on up through the Canyon, hitting a cool 8000 ft in elevation with the 964 performing without fault the entire way. It was awesome to see Rowan fully coming to grips with the 3H air management system, which allowed him to make adjustments quickly. 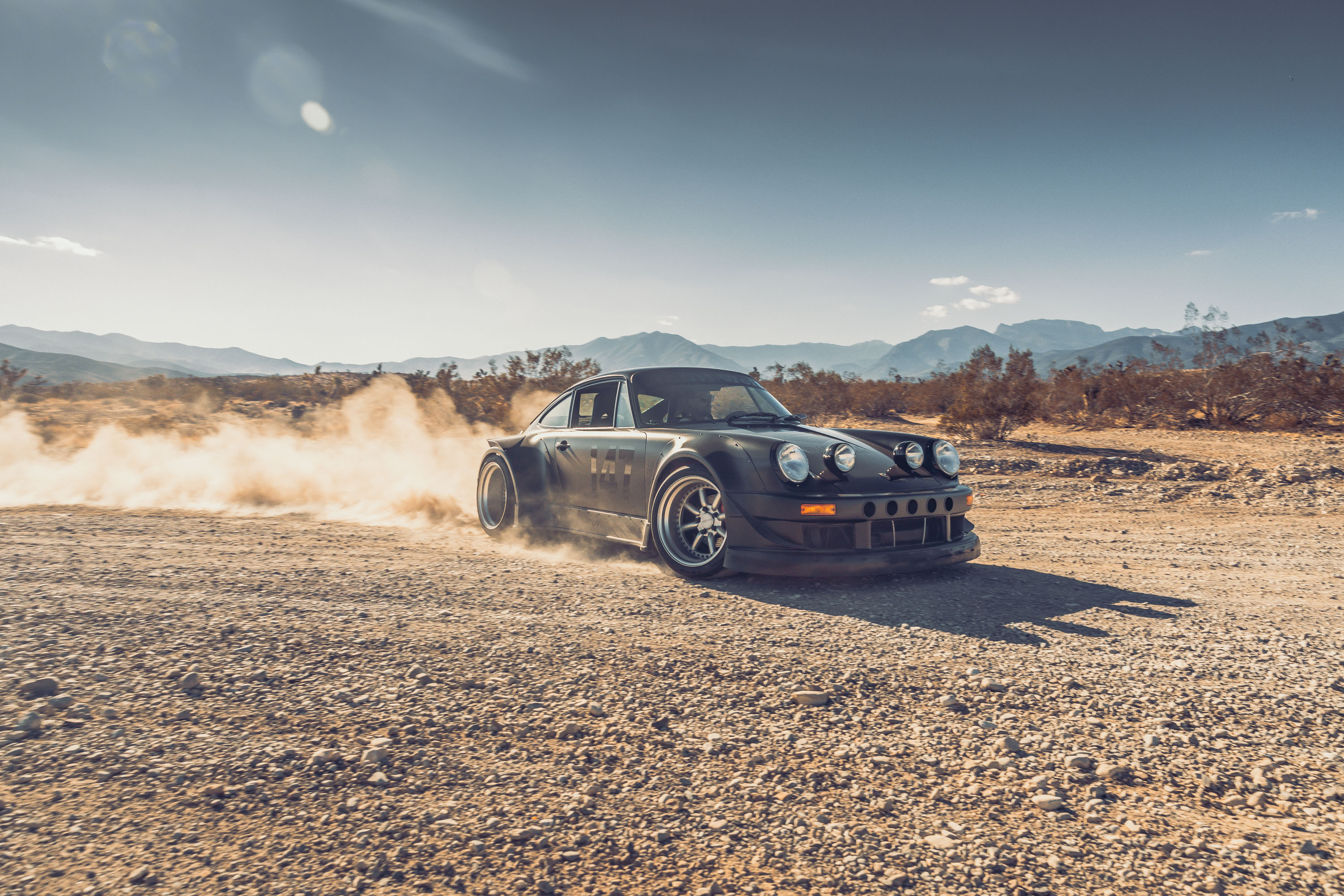 It also meant the Porsche could be taken off the tarmac and down a dusty road for the perfect photo opportunity. 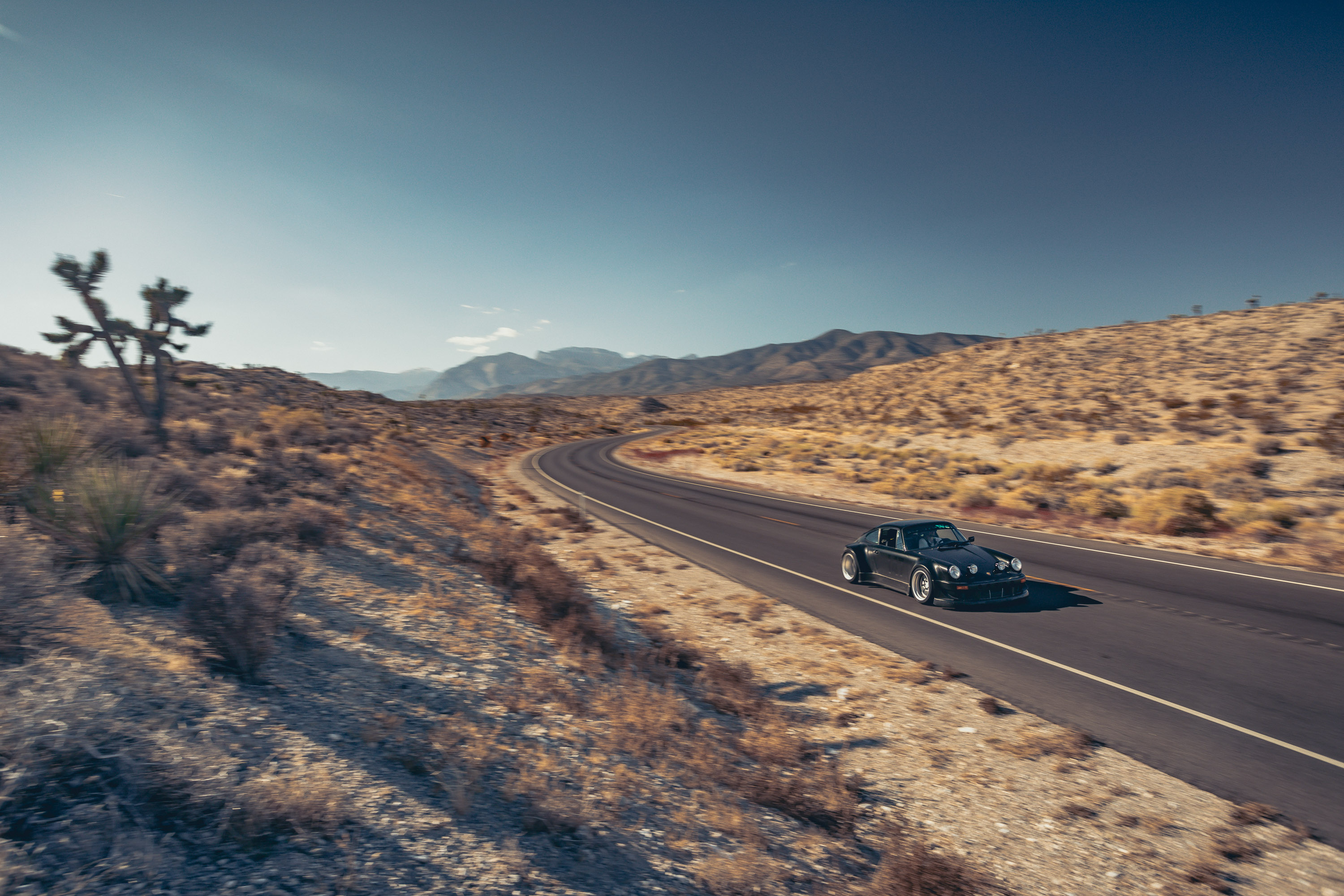 We won’t spoil anymore of the story, but make sure you head on over to Top Gear’s website to read the review in full, or grab a copy of the latest issue (which is also available to download from the app store)! http://www.topgear.com/car-news/big-reads/what-are-tuner-cars-actually-drive 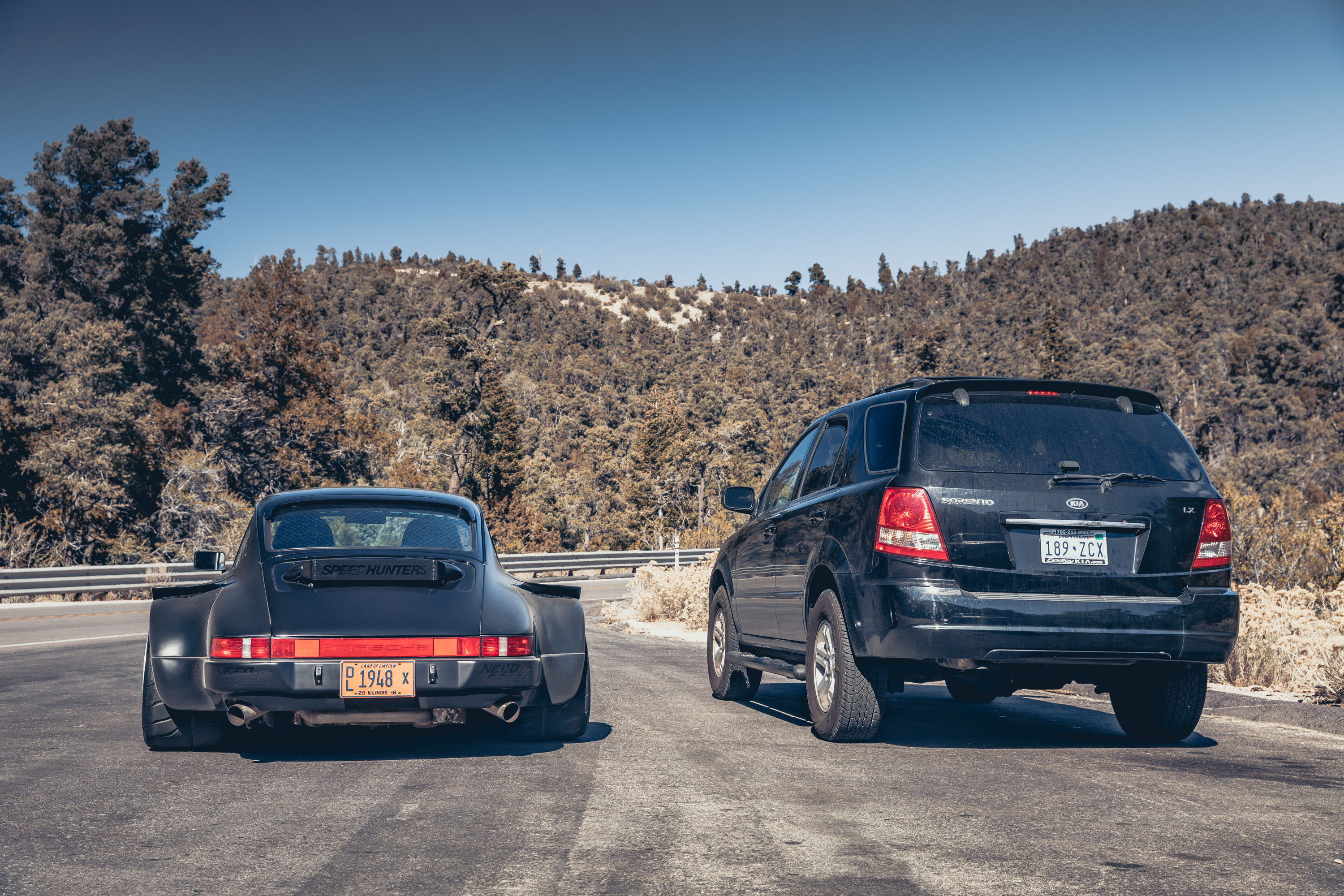