The BMW 7-series has always been at the forefront of luxury German motoring. It has a simple, awesome recipe: take a super-smooth (and often powerful) engine, have it power a behemoth of a car that is absolutely crammed with technology, then make sure it has the all the comfort of a La-Z-Boy recliner, just with […]

The BMW 7-series has always been at the forefront of luxury German motoring.

It has a simple, awesome recipe: take a super-smooth (and often powerful) engine, have it power a behemoth of a car that is absolutely crammed with technology, then make sure it has the all the comfort of a La-Z-Boy recliner, just with a steering wheel attached.

What’s not to love? 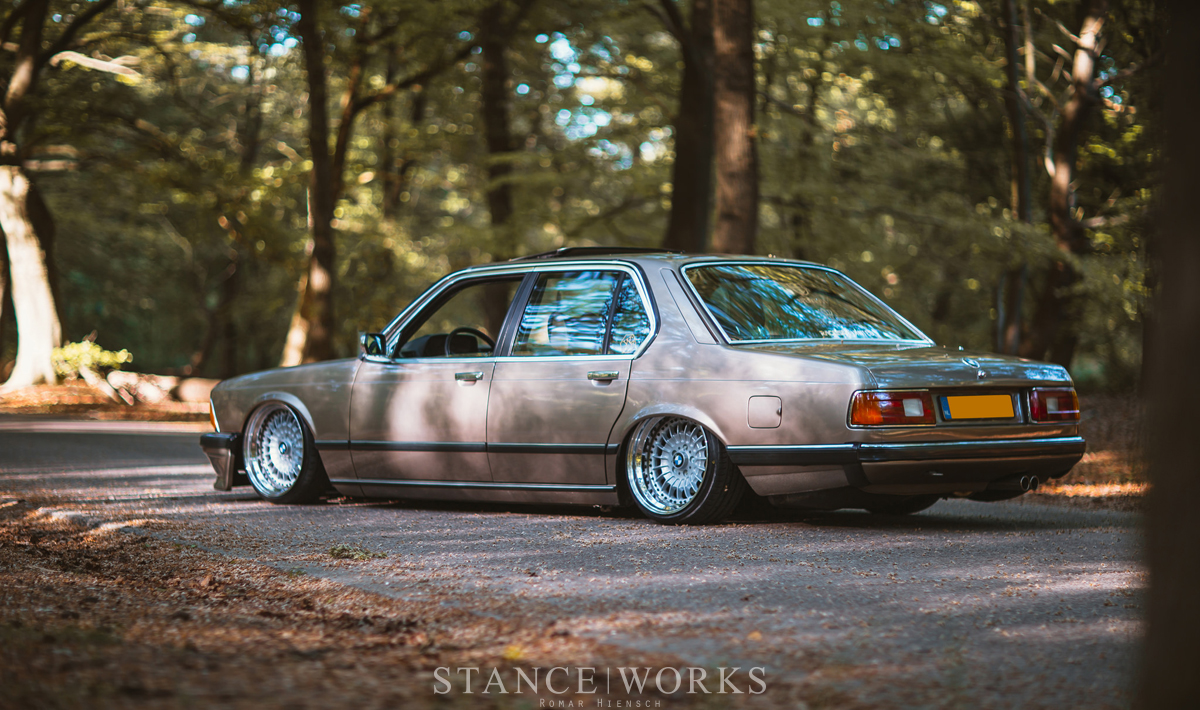 It’s been 41-years since the first 7-series rolled off the production line and, while the ethos has remained the same during this time, it’s safe to say that cars were a little bit different back then. As we look at Denis Goleszny’s E23 735i (pictured here), we don’t think that’s a bad thing!

Don’t be fooled by its now retro appearance; the E23 7-series introduced the world to heated seats, reclining rear seats, power windows, and other in-car technology. These are things that we take for granted now (and are often still optional extras), so they must’ve felt completely alien back in the 70s. There was even a turbocharged 745i version with 250bhp, perfect for riding the Autobahn at 130mph, with maximum comfort. 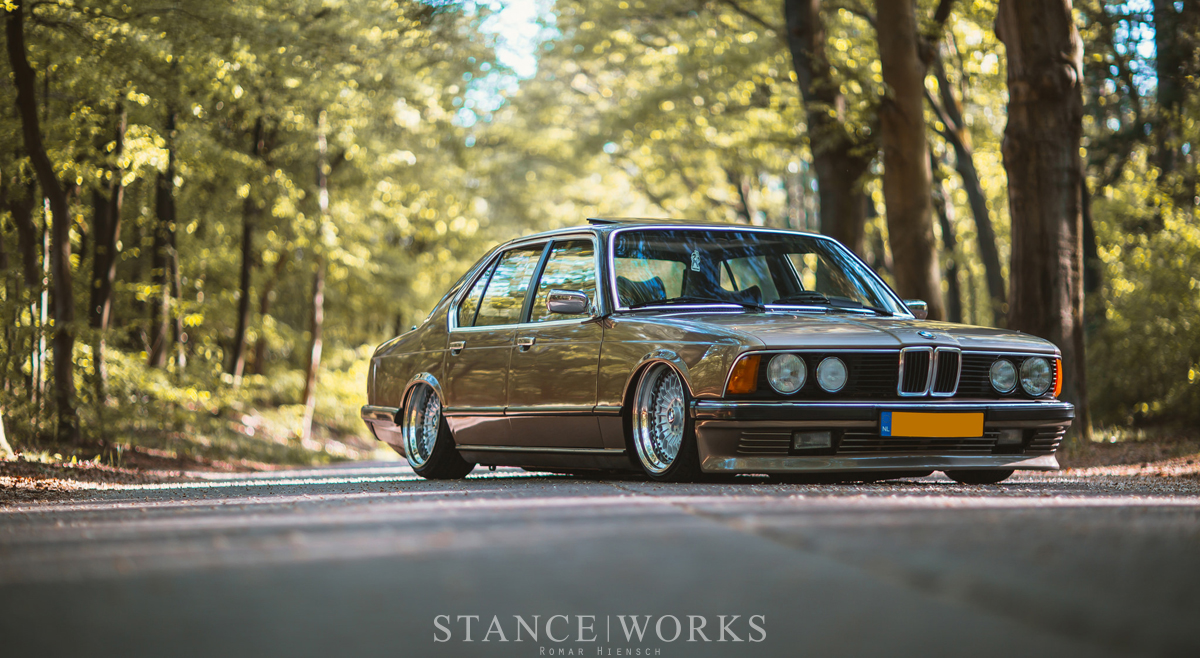 Denis’s E23 is packed full of special touches, but the most obvious is its killer stance.

Utilising Air Lift Performance’s 3H air management system, the BMW’s ride remains silky smooth – even when hugging the ground – thanks to our 3H height sensors, which constantly monitor and adapt the ride height and pressure on the move. What’s more, Denis can quickly and easily raise the E23’s ride height right from his center console, at the touch of a button, to clear even the biggest road obstacles.

Touches of custom work are evident throughout the car, including a wood-trim mount for the Air Lift Performance 3H controller in the center console. While it is a stark contrast to the rest of the interior’s early electronics, it works seamlessly with the rest of the car to drive low and park lower. 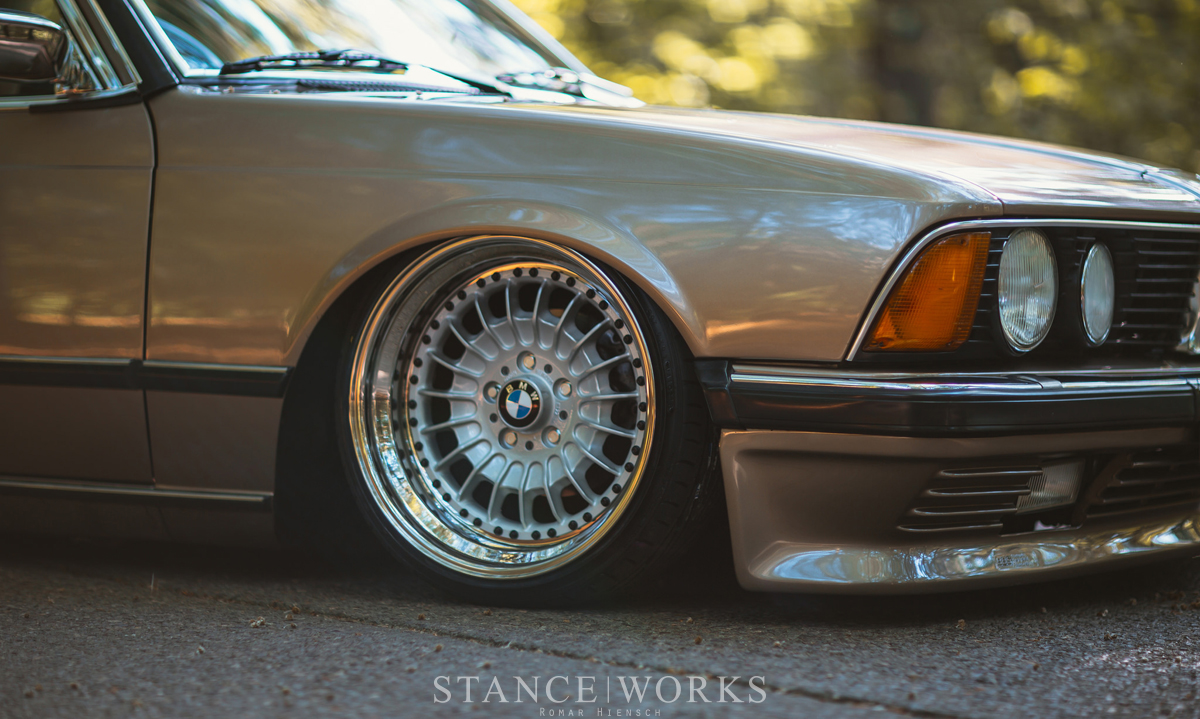 Killer stance is nothing without killer wheels and the ones fitted to Denis’s E23 really are something special.

What started life as BMW ‘Bottletop’ TRX caps have now been machined down by the specialists at 2Polished before being rebuilt with 3-piece hardware, sizing them up to an 18in diameter (from the stock 16in), with the width increased to 8.5in up front and 10.5in in the rear. They are, quite simply, the perfect period-correct wheels for the car. 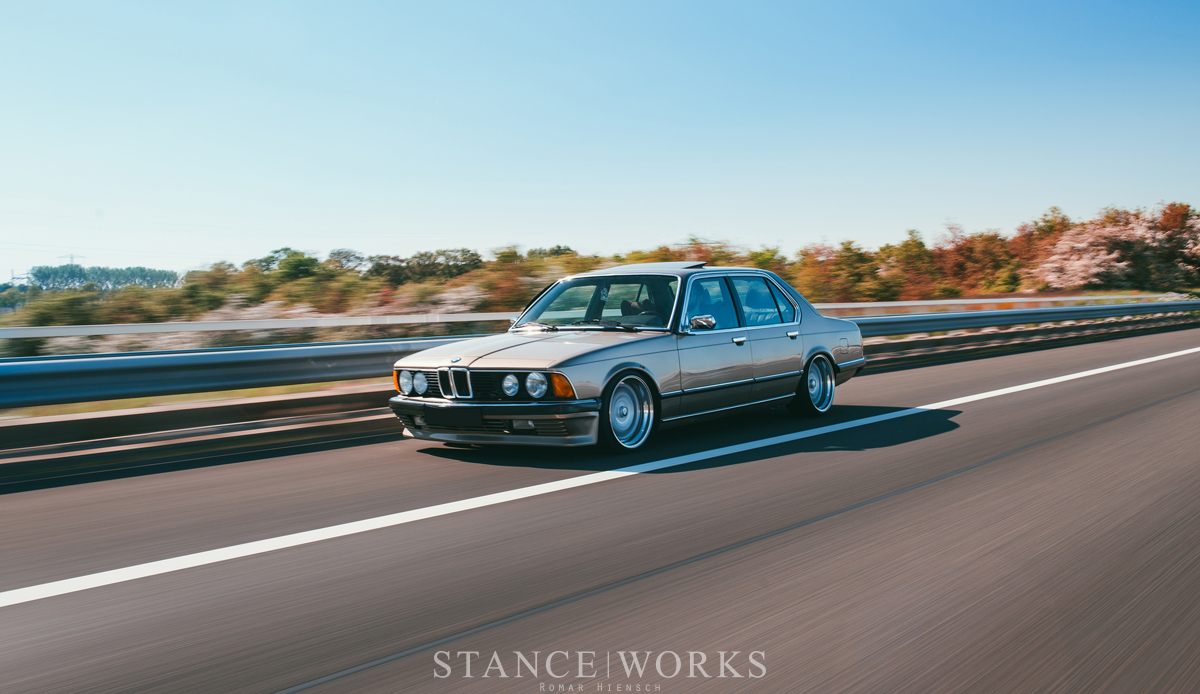 Simple, oozing with cool and without a doubt a future classic, Denis’s 7-series is one of our favourite BMW builds to date. You can find more pictures and information over on StanceWorks here: http://www.stanceworks.com/2018/06/making-the-best-of-the-trx-denis-golesznys-bmw-e23-735i/