With its Maserati wheels and APR Stage tuning, you can tell that Chris takes pride in his ride…but for him, showing cars also has a more serious note.

For Chris St. John, his MK5 was the first car he bought on his own.

“My dad got me into the car scene—not necessarily with his car itself, but by teaching me about taking care of your car, loving it, taking care of it like it’s your baby.” 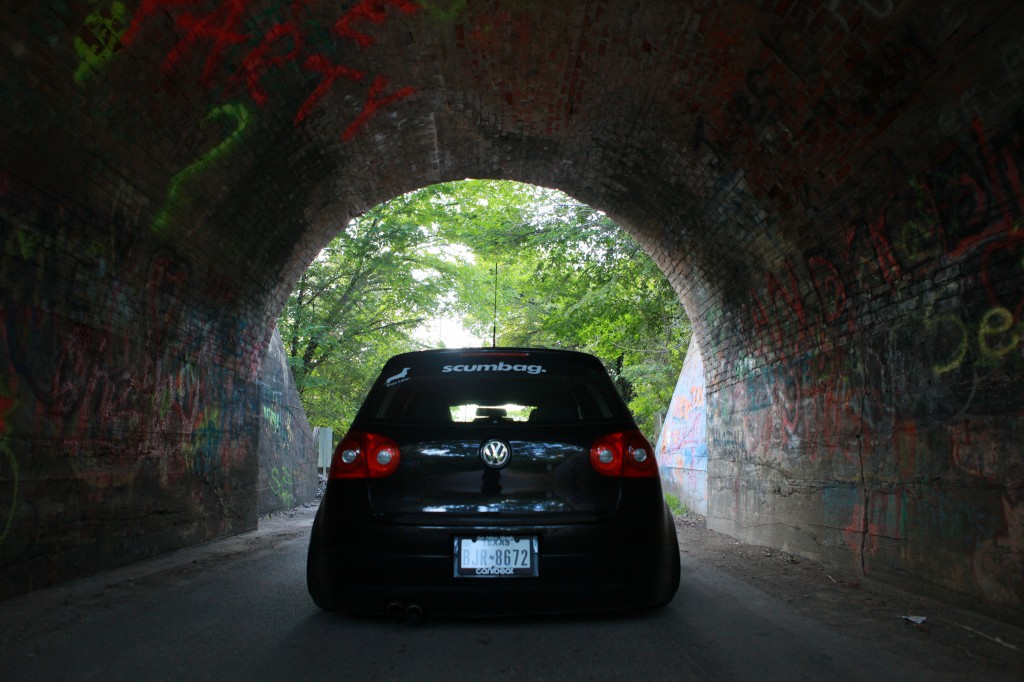 Chris lives just outside of Dallas, and was quick to comment on the ridiculous driveway that he has to climb every day. He started out on German static suspension, and noticed that his car was taking a beating on the Texas roads. He wanted a good ride, wanted to go lower, and wanted to be different. Chris first heard about Air Lift Performance from the VW Vortex forums online, and he’s been on the MK5 Air Lift Performance air suspension for several months. It’s clear that he’s glad he made the switch to an air ride setup.

“Air springs allow you to get over obstacles,” he remarks, “so you don’t have to stress over potholes and all that.”

In addition to turning heads with his Air Lift Performance air springs, Chris also gets questions about his license plate, which reads “HAN SOLOW.” 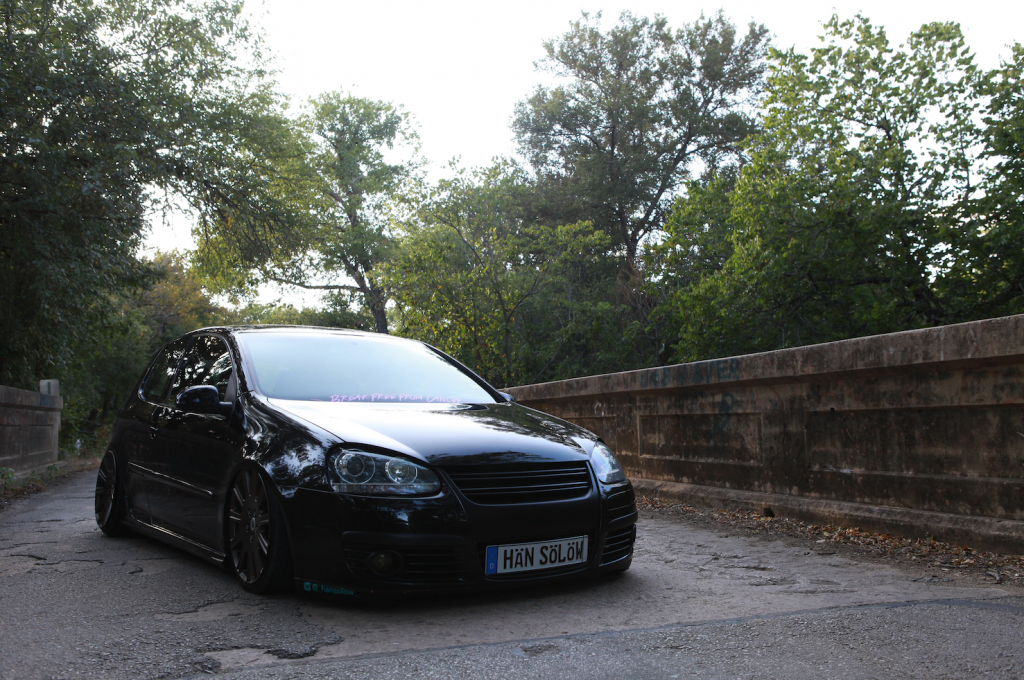 “I actually took that from a friend–it’s from a meme. It’s a picture of Han Solo, and it says ‘My friends call me Han, cause I’m SO LOW.’”

With its Maserati wheels and APR Stage tuning, you can tell that Chris takes pride in his ride…but for him, showing cars also has a more serious note.

“My dad’s a big mini trucker. That’s where I come from. I also come from a lot of shows that are for a cause. We just went to one for cerebral palsy.”

There is a personal element to Chris’s charitable side of car shows; his mom has been battling cancer, and has been going through the rigorous treatments that accompany that disease. His support for her is highlighted on his windshield decal: “Break Free From Cancer.”  Chris and his family love to receive words of encouragement and support from the Air Lift Performance family—kind words never go amiss when you’re going through something like this.

Send some healing vibes from the Air Lift family to Chris’s family, and show some love for that beautiful MK5!