Regular readers of the Air Lift Performance blog will be all too familiar with the name Riiva Designs. Fronted by main man Henry Gilbert and based in Northamptonshire, England, Riiva Designs have been responsible for supplying (and installing) hundreds of Air Lift Performance kits over the years. Always keen to practice what he preaches, Henry […]

Regular readers of the Air Lift Performance blog will be all too familiar with the name Riiva Designs. Fronted by main man Henry Gilbert and based in Northamptonshire, England, Riiva Designs have been responsible for supplying (and installing) hundreds of Air Lift Performance kits over the years. Always keen to practice what he preaches, Henry has owned his fair share of ALP-equipped demo cars throughout the years… but his latest project might just be our favourite to date! 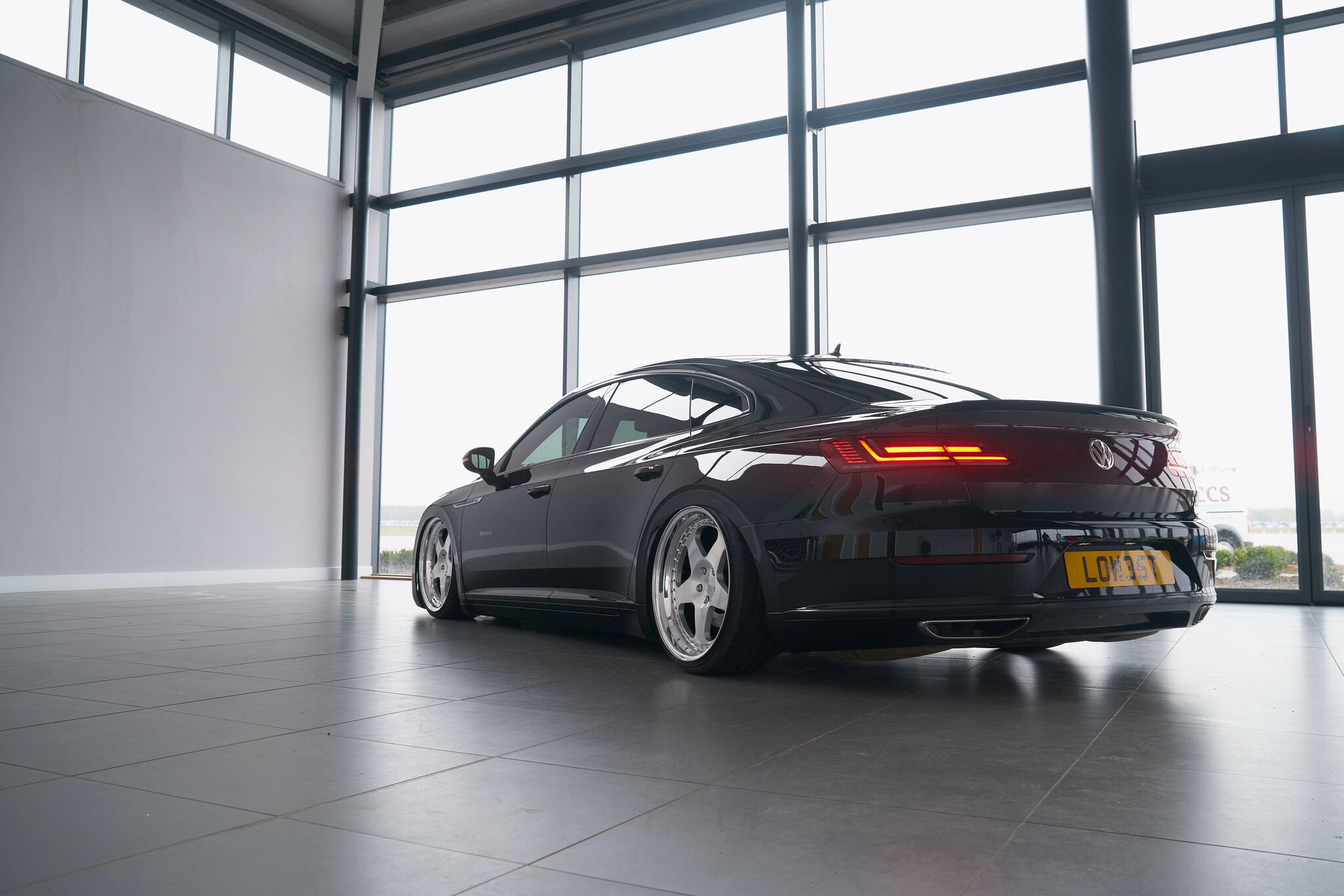 What you’re looking at here is a VW Arteon, an all-new model as of 2017 which also serves as the replacement of the Passat CC. It’s sleeker, smoother and much faster than the Passat – all things we’re big fans of here at ALP! But from the factory it’s still not low enough, and if there’s one thing we love seeing slammed to the ground it’s big ol’ 4-door saloons. 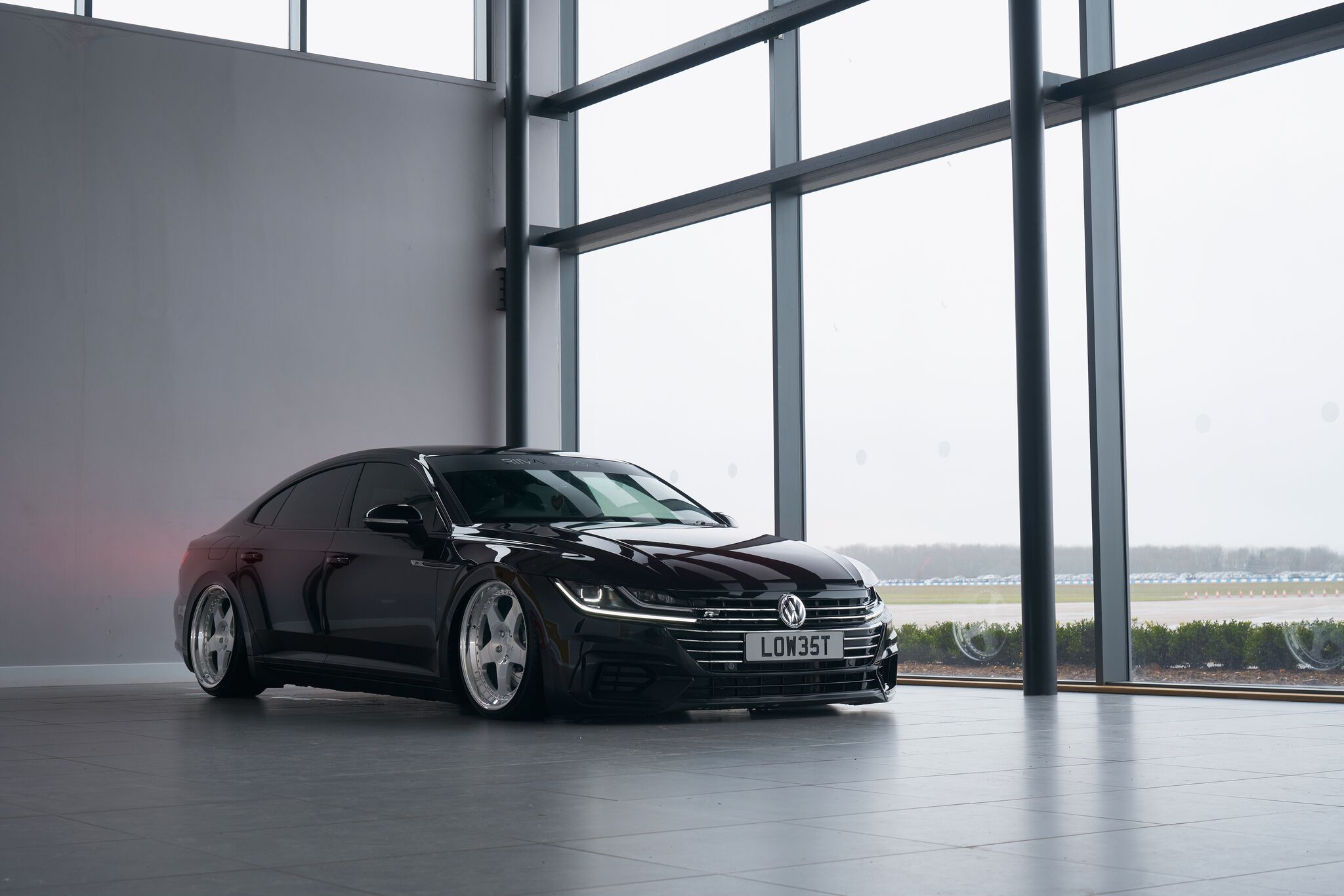 Thankfully, Henry shares the same philosophy. While everyone else was busy buying up Mk7 Golf Rs, Henry turned his attention towards the Arteon instead. Why? Well there’s two very simple reasons. First, the Arteon doesn’t look like your typical ‘tuner’ ride… or at least that’s what it seemed upon its launch. There’s no better way to get attention for your business than with a unique build unlike anything else out there. First box ticked. 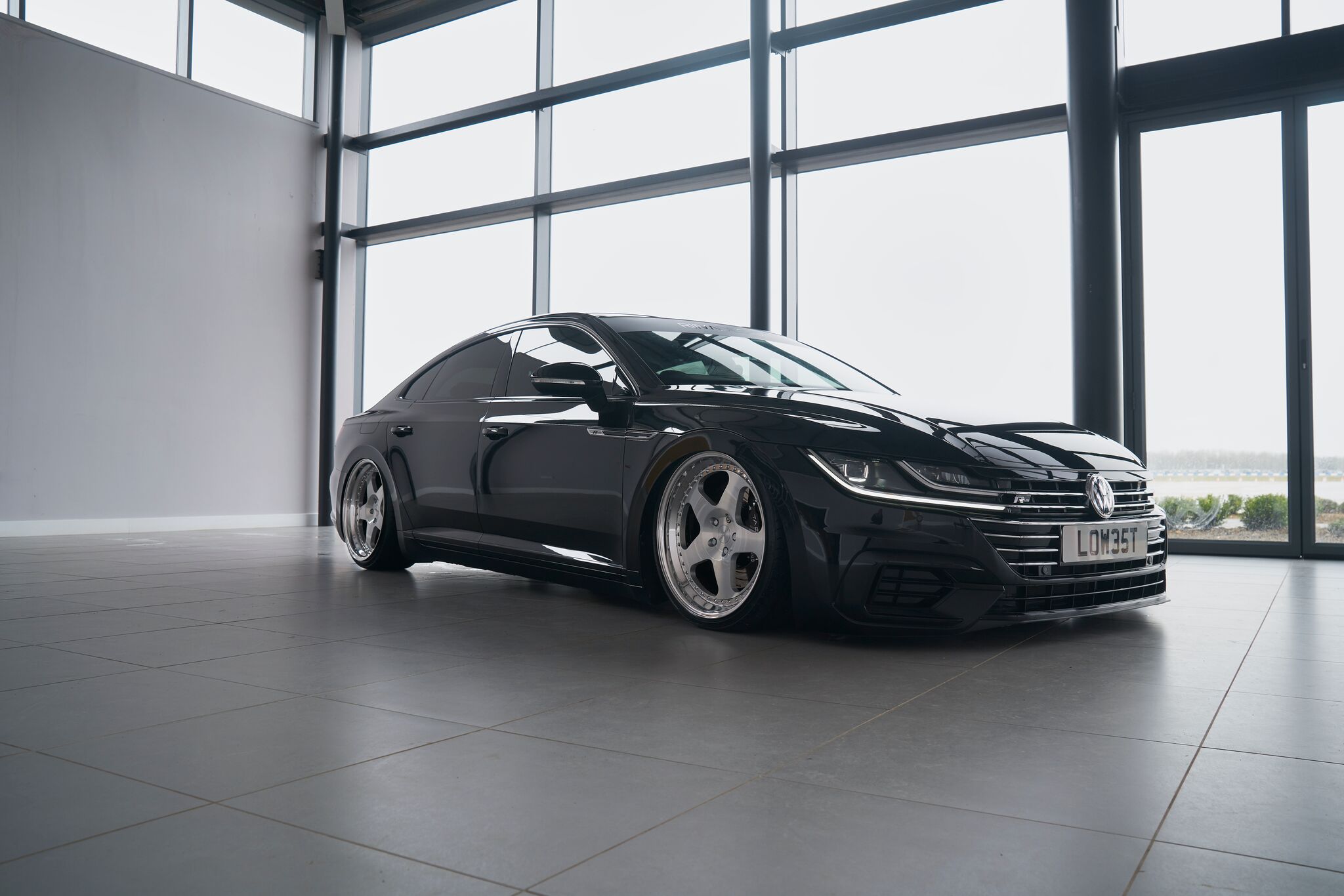 Secondly, peel away the skin and what you’ve got left behind is all the running gear of a Golf R anyway. The top model Arteon boasts a similar 2.0-litre turbo engine, all-wheel-drive transmission and DSG gearbox. Yup, this 4-door saloon packs 300bhp and launch control from the factory which will take it to 60mph in 5-seconds. Second box well and truly ticked! 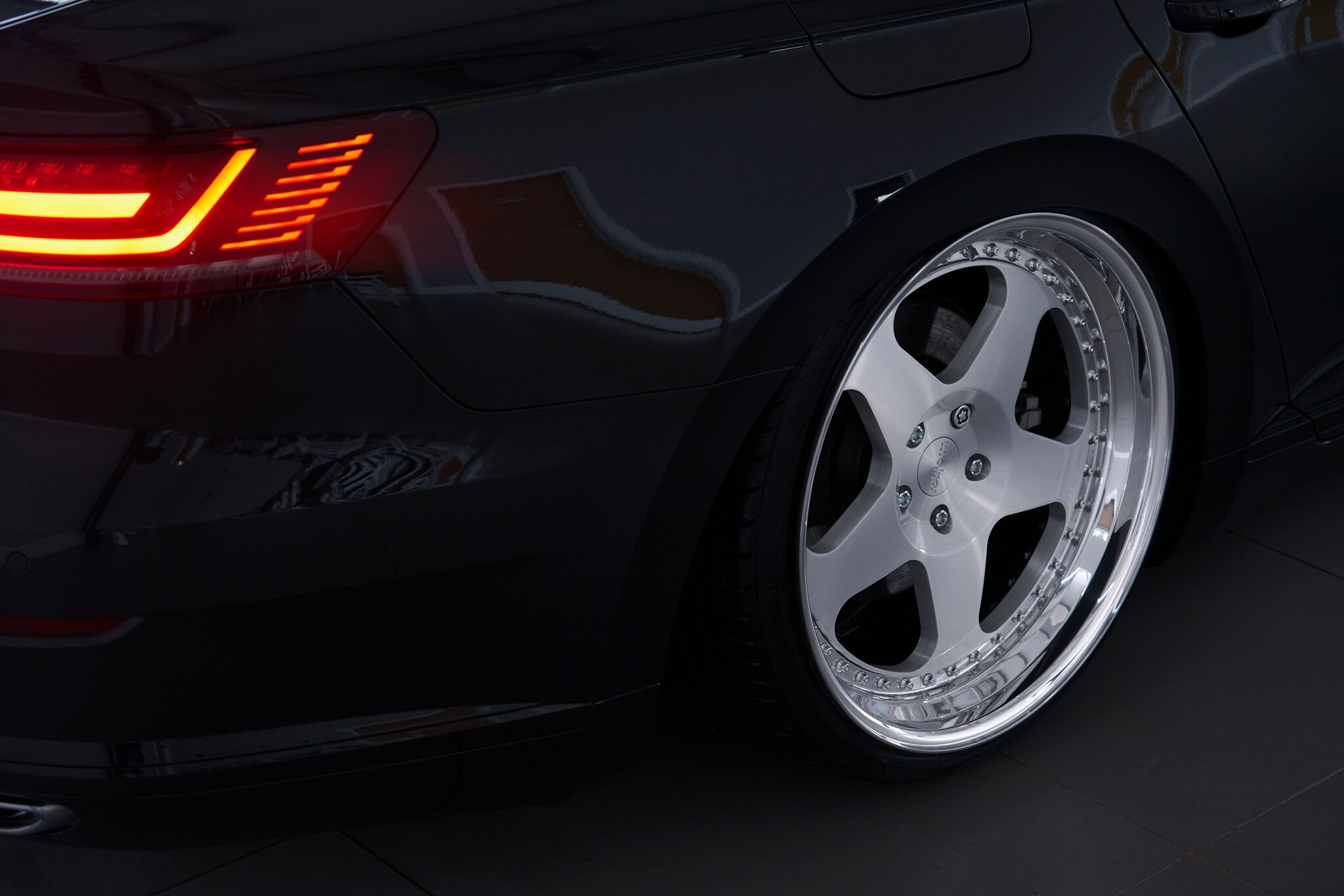 Decision made, it didn’t take Henry long to start unbolting the Arteon… a few miles in fact. Thanks to the Arteon being so similar to the Mk7 platform undearneath, this allowed our Mk7 R Threaded Performance Kit to be fitted with minimal work to provide 4.8-inches of drop on the front axle, and 5.4-inches on the rear. What’s more, being our Threaded Performance Kit there’s the bonus of 30-leve damping adjustment AND bolt-in camber plates. Anyone who knows Henry knows he’s no slouch behind the wheel, so if he ever feels compelled to hit the track in the Arteon we’ve got him covered… 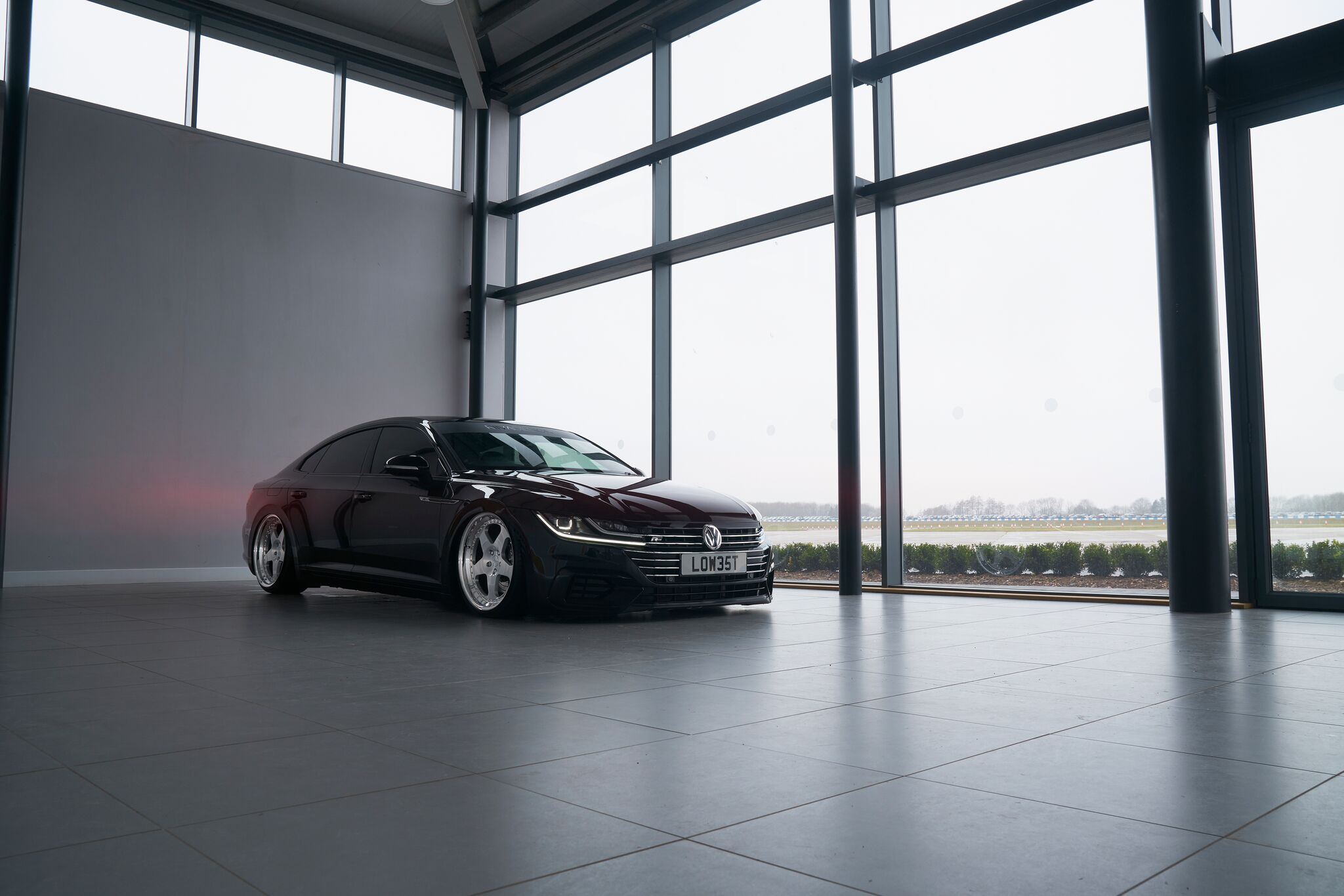 Getting the drop is only half the story with any new build, and finishing the almost ‘VIP’ look of the Arteon is a set of Rotiform ROC split rims custom specc’d for the ultimate fitment. Drive low, park lower – that’s our motto, and one Henry is keen to adopt with every project. We know the ‘wheels and air’ debate gets a lot of hate from internet warriors, but take a look at the Riiva Arteon and tell us it isn’t a winning combination. We dare you.

You know we said the Arteon is basically a Mk7 R underneath? Well, there’s a few extra tweaks fitted to the Riiva one – Stage 2 MMR+ software, RacingLine Performance Intake and a Milltek downpipe. What that means is a power output just shy of 400bhp which in turn brings the 0-60mph sprint down to under 4-seconds. Top speed? Somewhere between 170-180mph… all while looking like a total boss in maximum comfort. That’s what we call having your cake and eating it, and damn it tastes good!