To the Ring & back – Speedhunters.com Project GTI visits the Green Hell

Cars are meant to be driven. That’s a statement everyone at Air Lift Performance agrees with, and it’s one also shared by Speedhunters.com Editor Paddy McGrath. But like a lot of good things in life, actions speak louder than words… Paddy – and the Speedhunters.com platform – have been advocates of air suspension for many […]

Cars are meant to be driven. That’s a statement everyone at Air Lift Performance agrees with, and it’s one also shared by Speedhunters.com Editor Paddy McGrath. But like a lot of good things in life, actions speak louder than words… 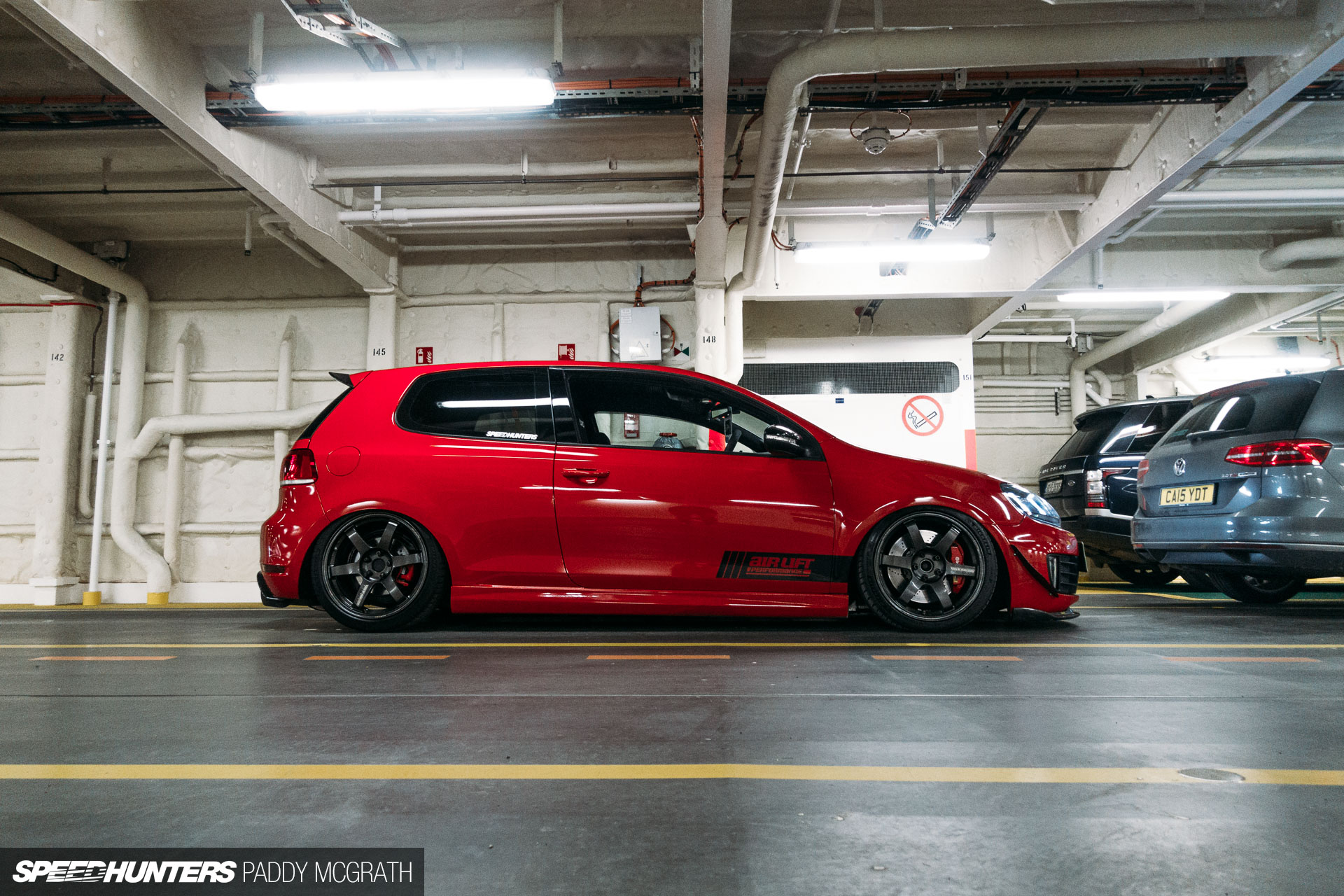 Paddy – and the Speedhunters.com platform – have been advocates of air suspension for many years now. It’s something we’re proud to be a part of and continually support, as the guys and girls working there don’t just hunt speed; they live it. 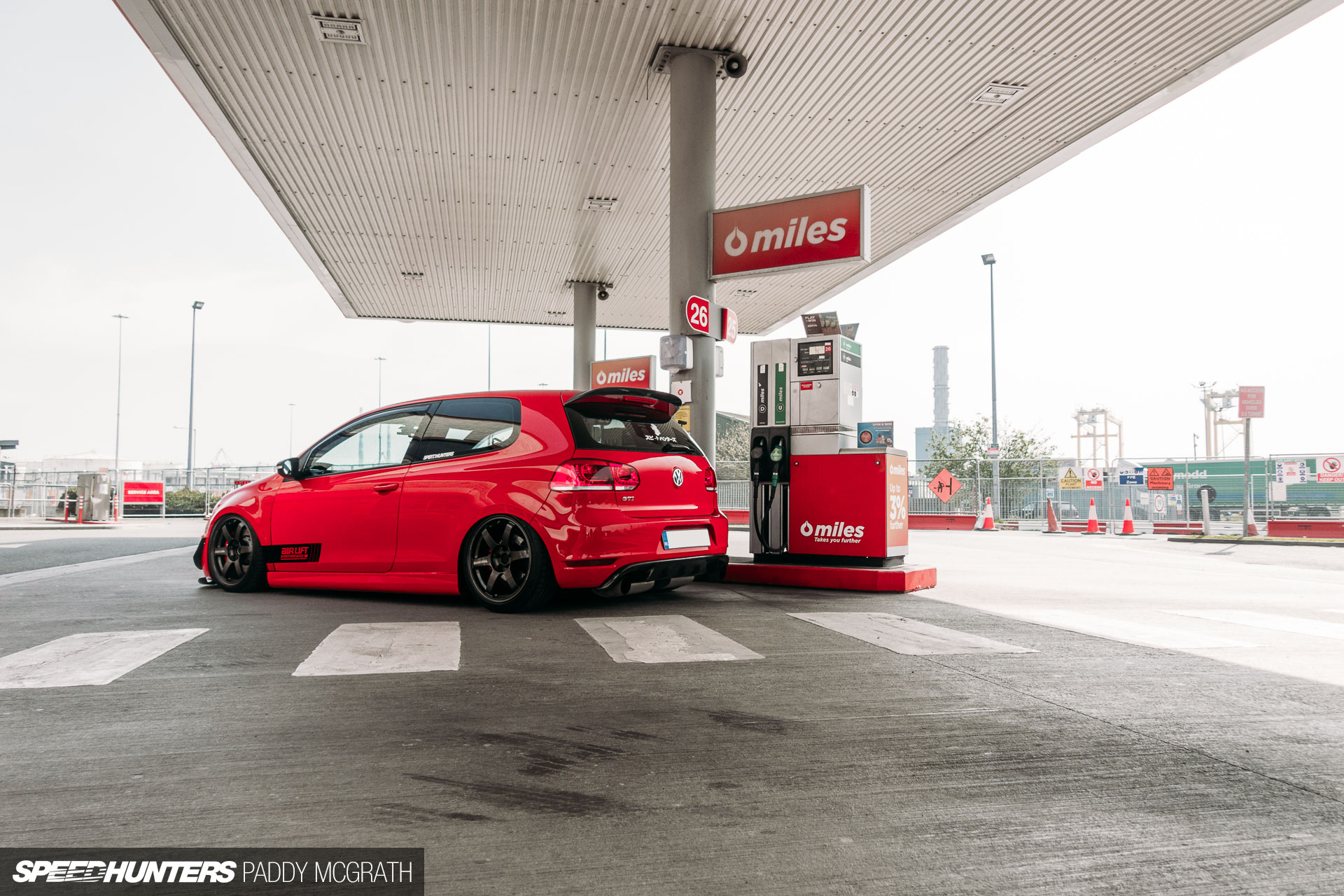 When they’re not busy behind the camera lens, they’re busy in the workshop building their own products with a fleet as eclectic as the team. Having previously owned a rear-wheel-drive diesel-powered BMW, the switch to a front-drive VW Golf GTI seemed like a curious choice for Paddy back in 2015, but there was no reason to ever worry – Paddy new his goals from day one and knew he’d get there no matter what it took. 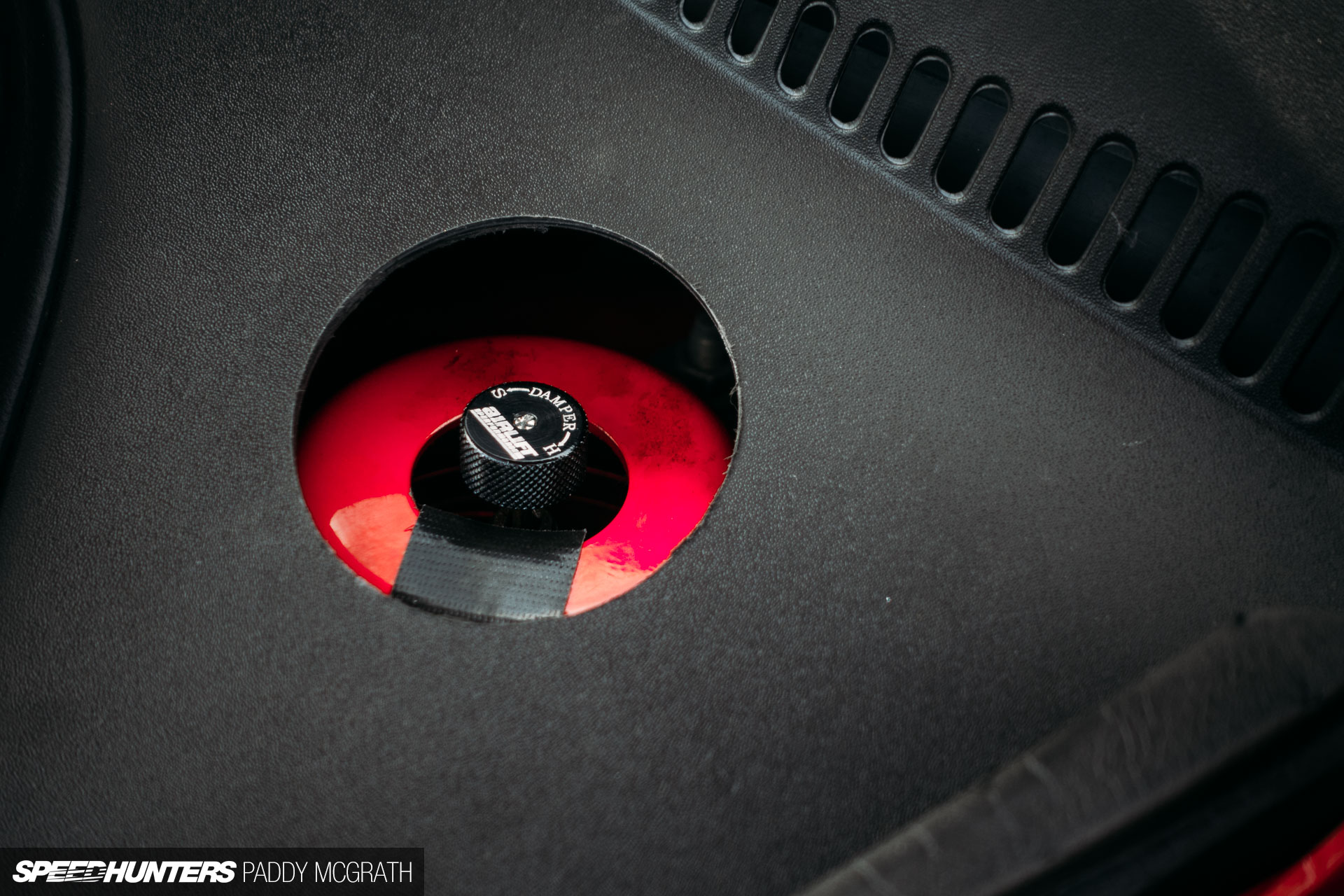 ‘Put simply, I wanted a car that could quite simply do it all’ Paddy explains. ‘It needed to be comfortable for daily driving, it needed to have performance for track use. But it also needed to look good at a show, without being too wild and getting unwanted attention in the process’. The answer was the VW Golf GTI – Mk6 variant to be precise – but stock was never going to cut it. 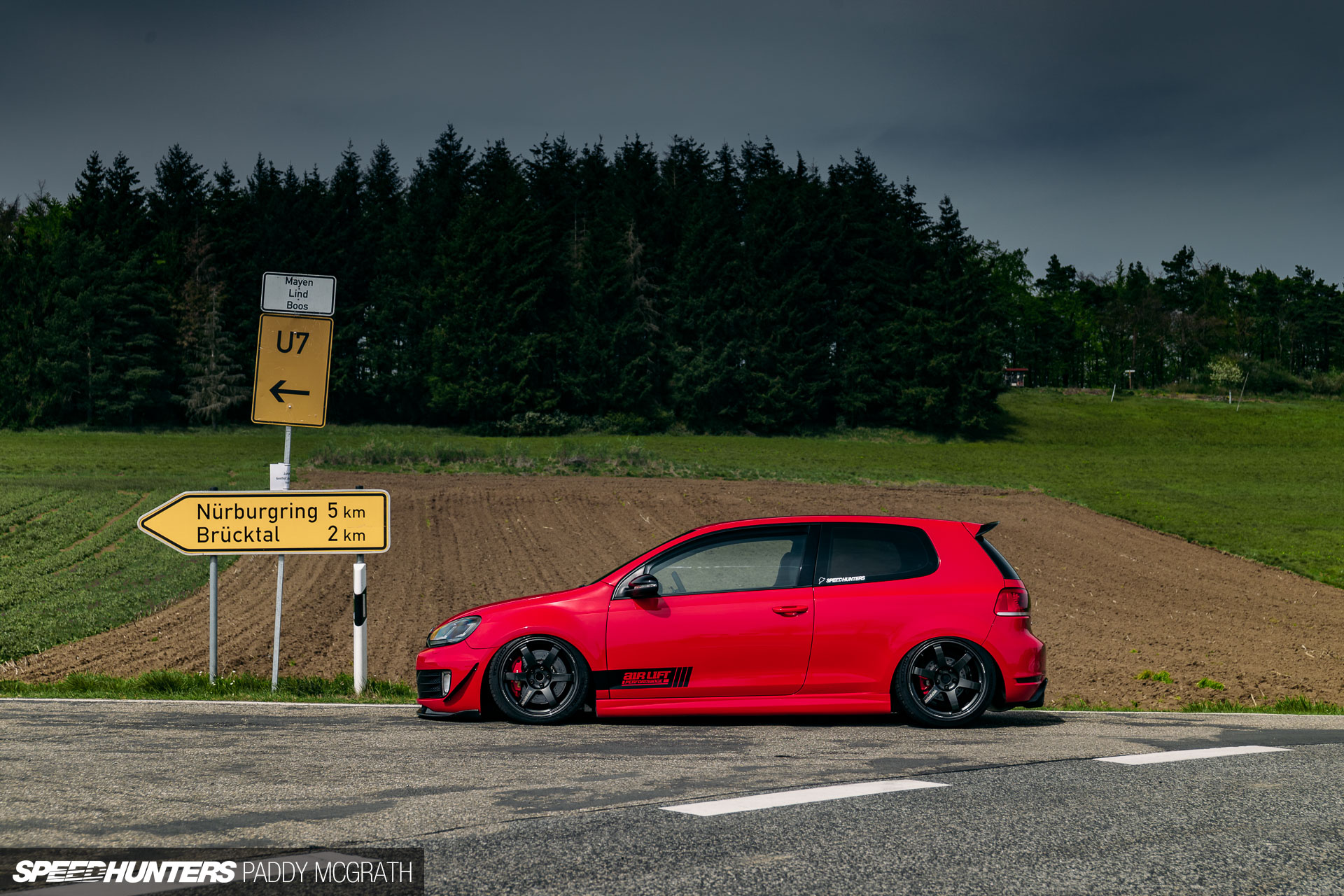 Over the next few years, Paddy upgraded every key component from its wheels and brakes through to its 2.0-litre engine which now develops a healthy 350bhp. Air Lift Performance suspension was the final piece of the puzzle for Paddy, allowing him to achieve a show-worthy stance at the press of a button without worrying and ride-height clearance, a real concern for a man who seemingly spends half of his life catching ferries. 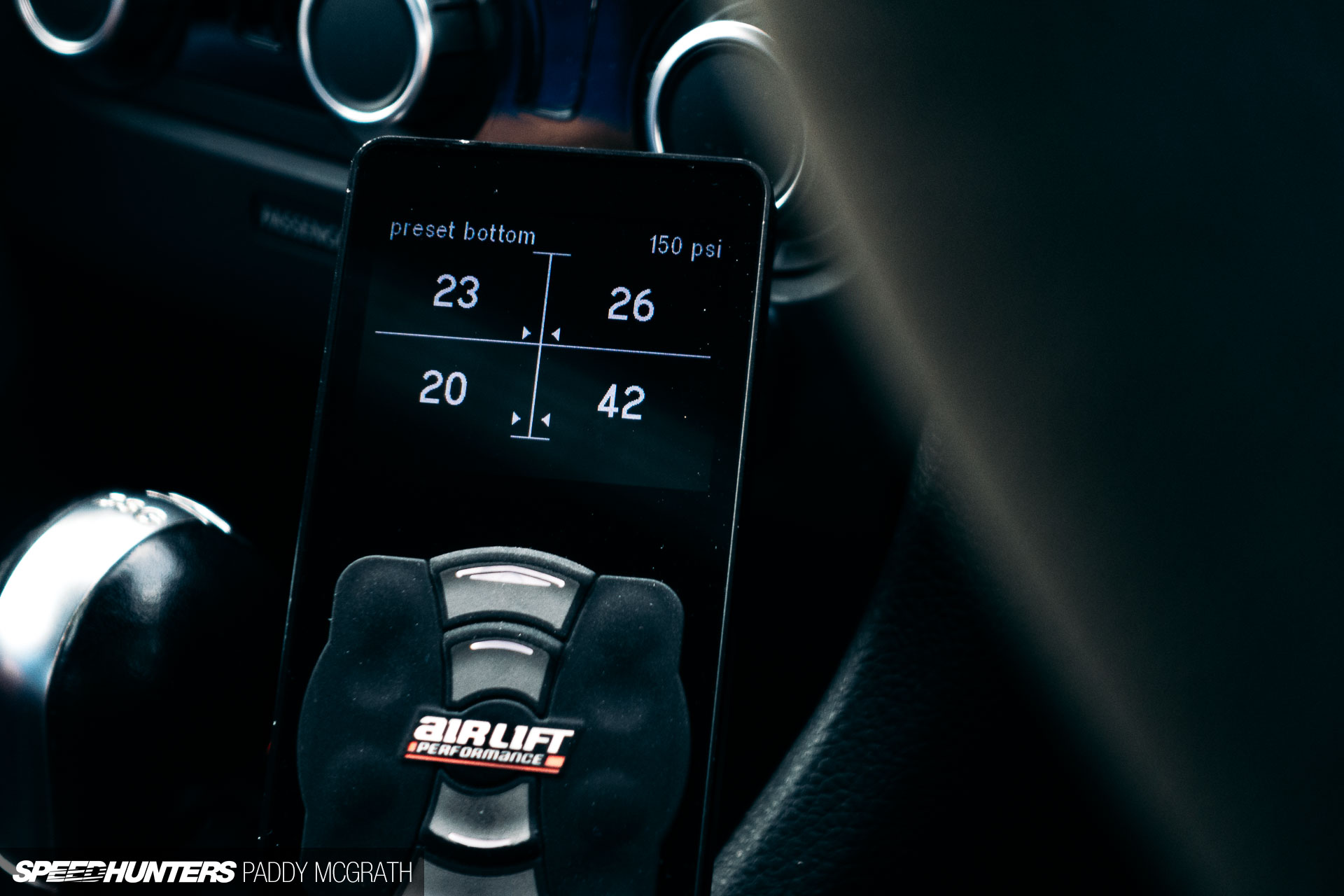 Four years on, it’s safe to say Paddy not only achieved his goal of building a car capable of all driving disciplines; he absolutely smashed it. But there was one final dream he wanted to achieve before he could truly consider it job done – a trip the legendary Nurburgring. 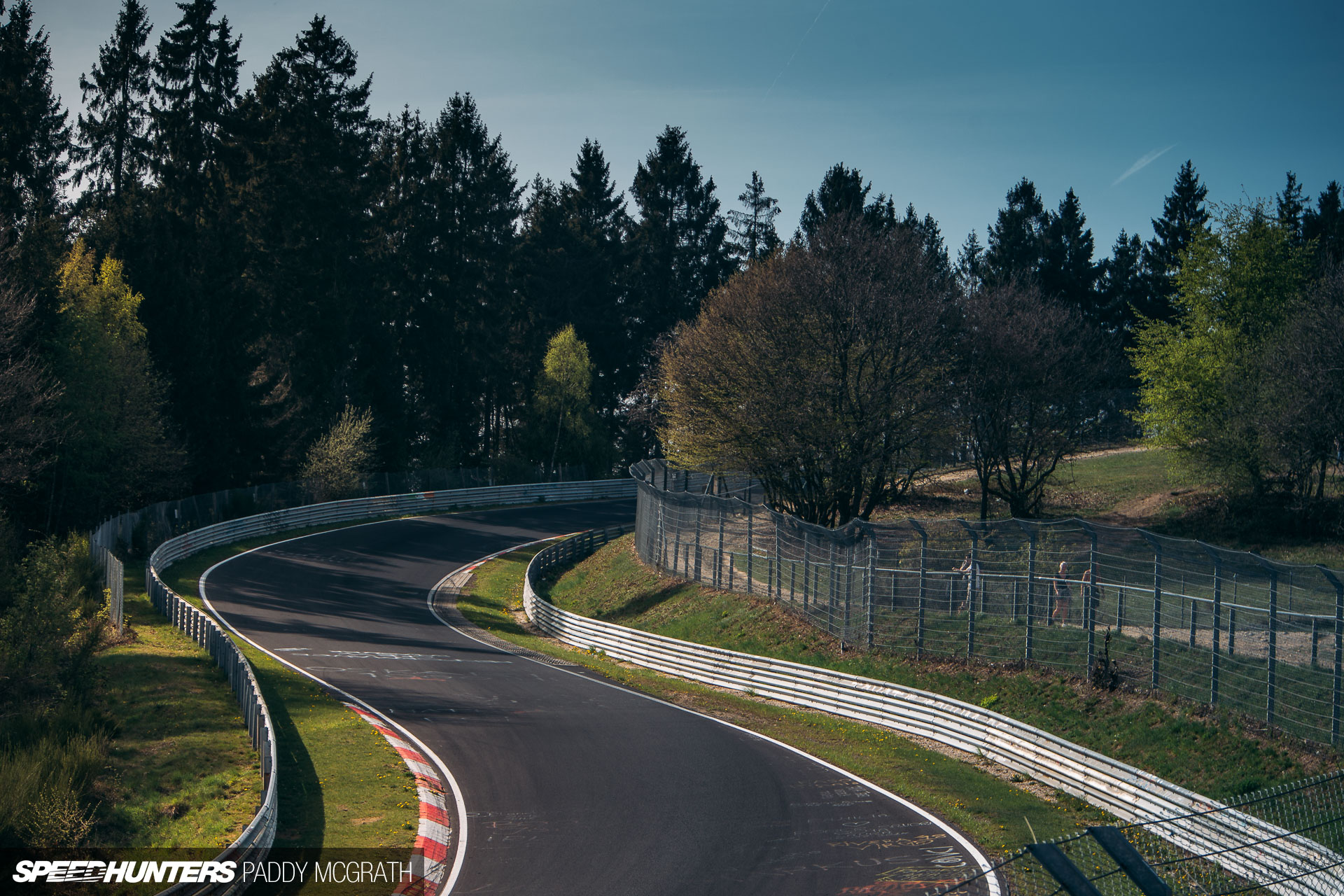 This is a circuit which needs no introduction. It’s nicknamed the ‘Green Hell’ for good reason, and it’s the ultimate test for any car – be it road or race – which is why the 14.2-mile Nordschleife remains such a rite of passage for any petrolhead. 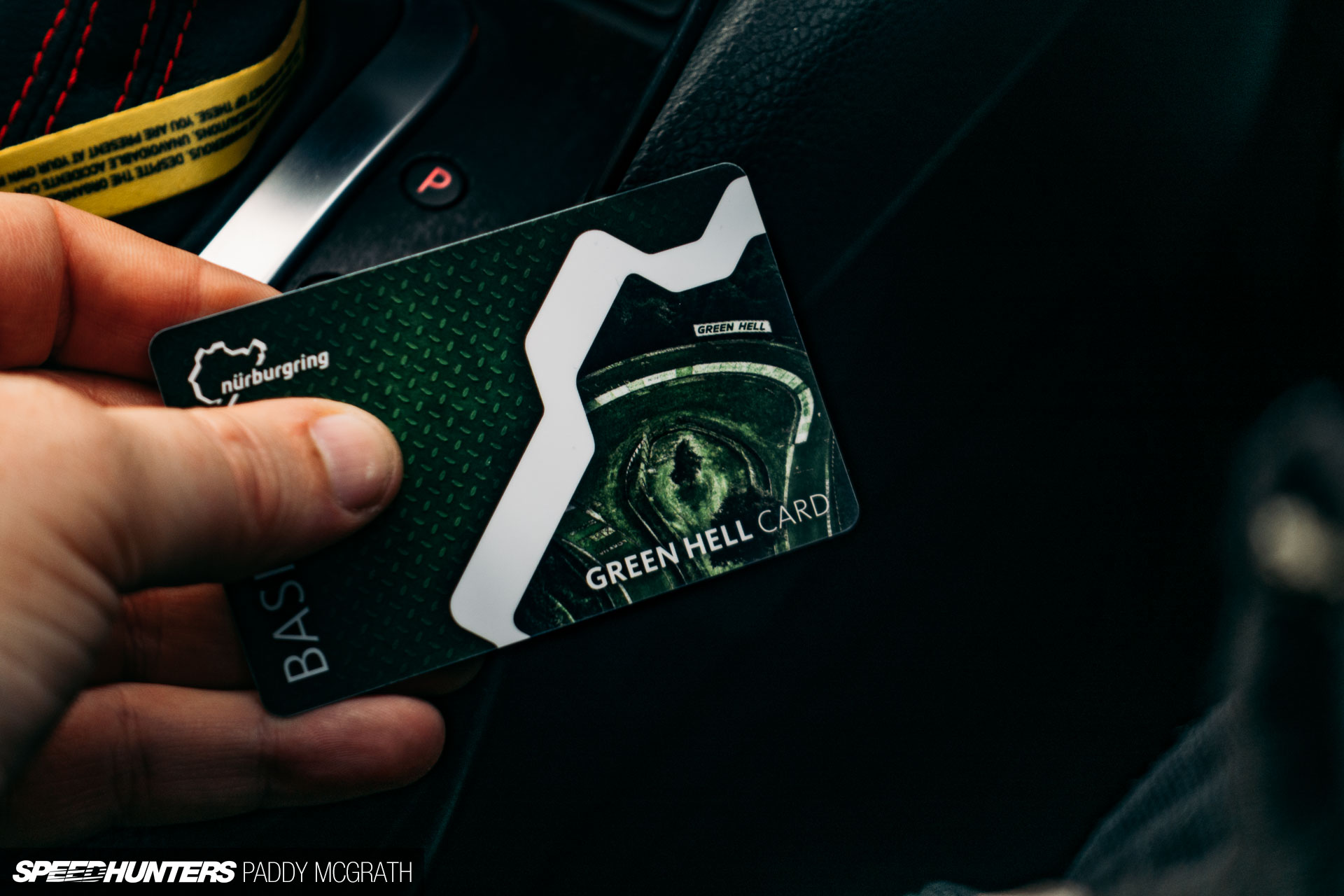 From door-to-door it’d see Paddy rack up 2500km crossing no fewer than five countries to get there and two ferries. Patience is something our Irish friend has; that and a super-comfortable car with enough power to reach upwards of 165mph on the unrestricted Autobahn… The result for all that driving? More than worth it. 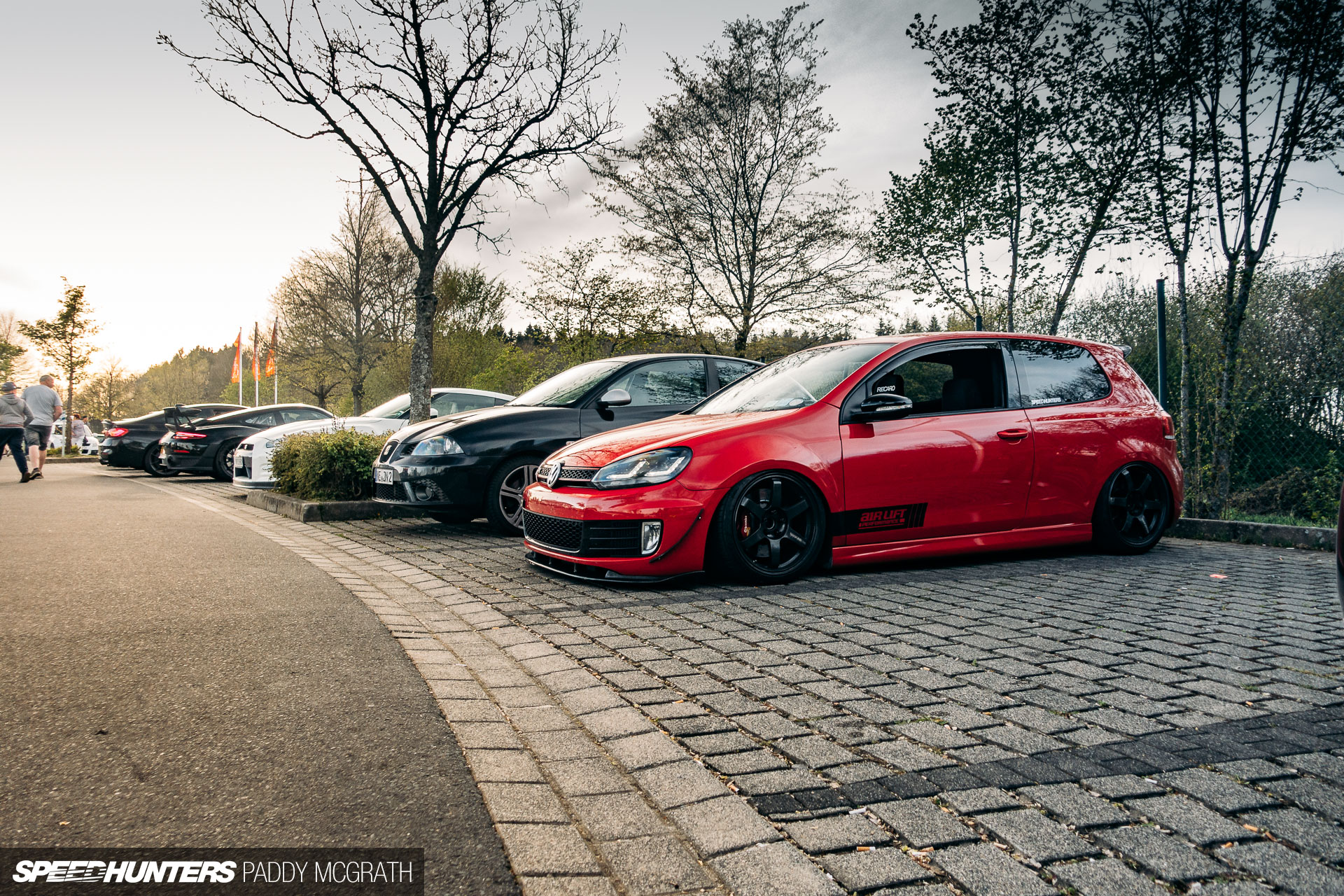 Those minutes on track are amongst some of the greatest times of my driving life’ Paddy explains. ‘I wasn’t out setting records or anything, but just the challenge of learning the place and trying to go a little bit quicker here and there was such a joy.’ 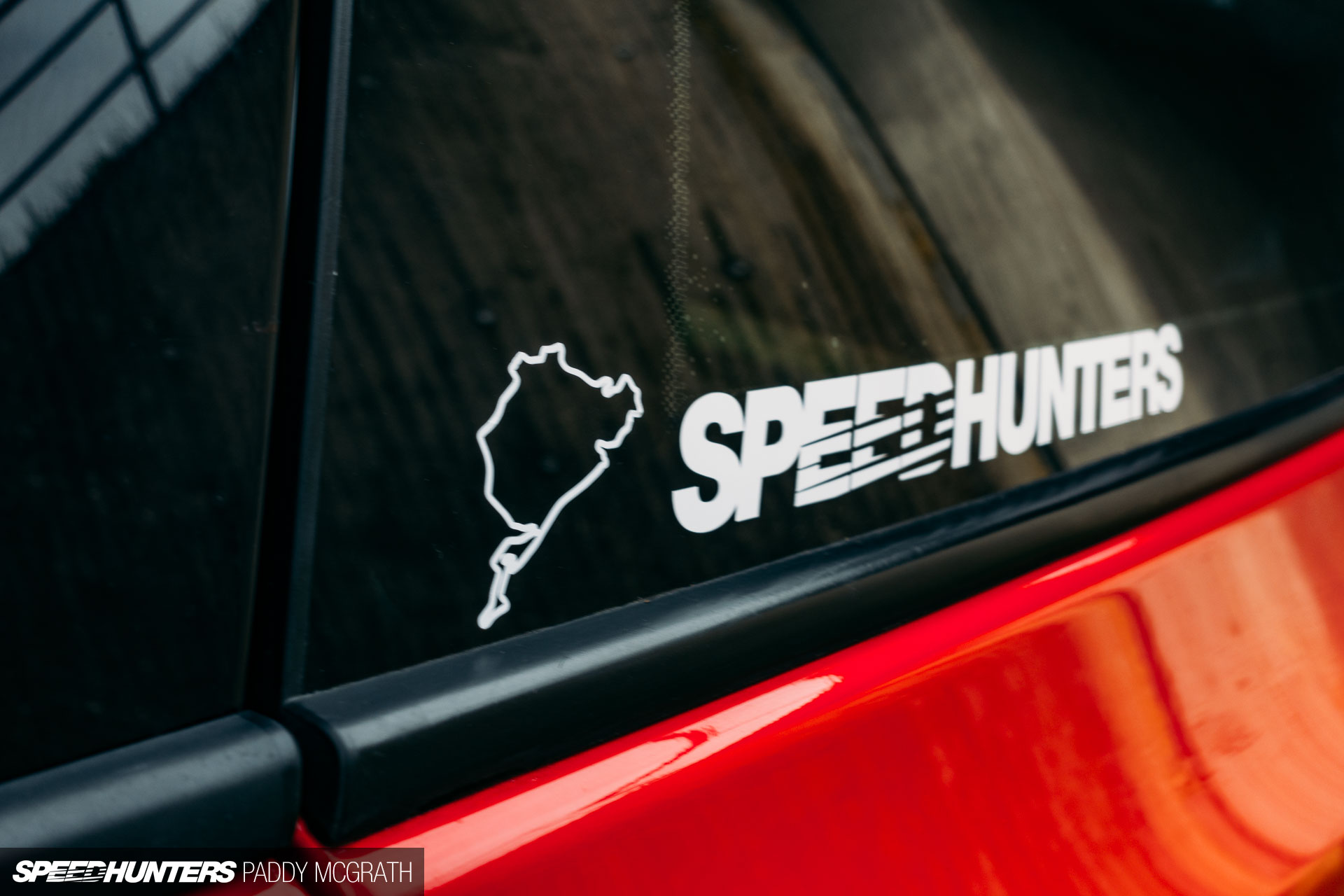 ‘Nothing is a substitute for driving the Nordschleife, but you have to leave your ego at the gate. Unless your name is Timo Bernhard, there’s always someone quicker coming behind you and you have to respect those who aren’t out there trying to go maximum attack. It’s a fine balancing act, but it’s so rewarding when you make it around cleanly.’ 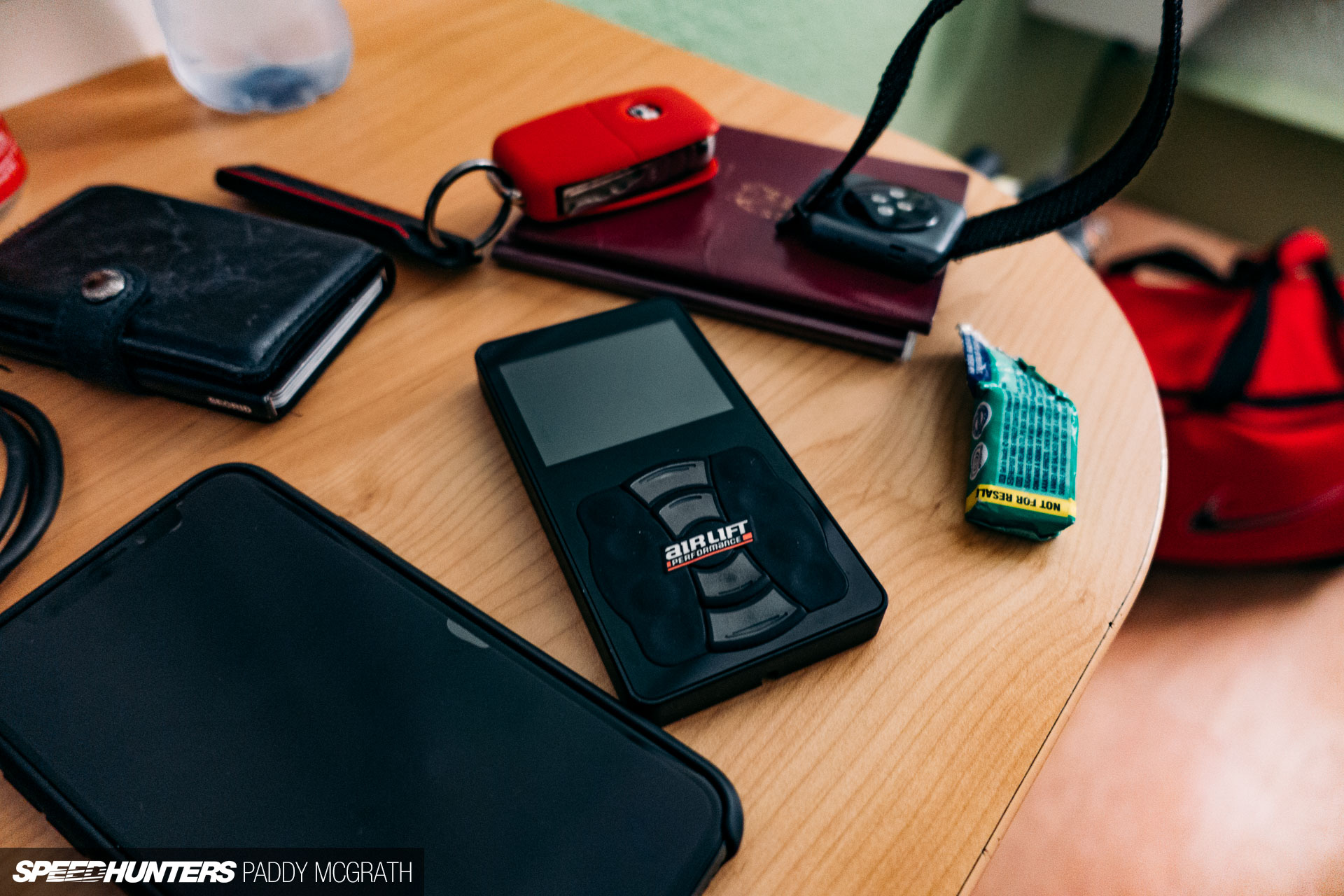 ‘The car couldn’t have behaved better either. It was reliable, predictable and just good fun to drive. Any shortcomings in my pace were entirely down to me, but I know it’s something I’m going to spend more time on improving in the future.’

You can read the full feature of Paddy’s journey with Project GTI over on Speedhunters below.