We’re dropping the mic and letting Cody Miles tell everyone about his #lifeonair as he embarks on another winning (and now record setting) year on the track with his 2007 Subaru STi, fitted with our Subaru STi air suspension kit and the latest Air Lift Performance 3H control system. We’d also like to thank Renner […]

We’re dropping the mic and letting Cody Miles tell everyone about his #lifeonair as he embarks on another winning (and now record setting) year on the track with his 2007 Subaru STi, fitted with our Subaru STi air suspension kit and the latest Air Lift Performance 3H control system. We’d also like to thank Renner Racing Development for stepping in to help Cody with his engine after this latest mishap:

“As I geared up for Round 5 of Redline Time Attack, at Willow Springs International Raceway, I knew that it was unfortunately going to be another extremely hot weekend. I know, I know… all I’ve been doing is whining about the high temperatures we’ve been experiencing lately, but this time proved to be a little different as the predicted temps were estimated to reach 113 degrees. I rolled up to the track, unloaded, and immediately confirmed my plan of ‘run as little as you need to and walk away with points’. The temps were just too high and excessively pushing the car in an attempt to get practice laps in just wasn’t worth it at that point. I do my best to balance seat time against unnecessary wear and vehicle risk, as frustrating as it might be. But let’s face it, when your own measly little wallet is the primary source of funding for all of your racing adventures, you have to be very aware of wear and tear.”

“So, with all of this in mind, I went out as soon as I could for a qualifying run in an attempt to beat some of the afternoon heat. I did one single lap that I felt was decent enough, especially for qualifying, then pulled off. Water temperature is where most of my focus is, in these scenarios, and it was beginning to push my comfort zone a bit upon completion of one hot lap. Luckily, we’re in the realm of Time Attack here, so one lap is all it takes to claim your spot on that podium. Once I pulled off, I pitted the car and gave it a much-needed break to cool off. A few minutes later, I wandered over to the main office and saw my time of 1:29 posted in the top position! While this was certainly slower than I knew to be possible, I still managed the fastest qualifying time of the day out of the entire field of drivers, including Unlimited Class! That was a first for me and, honestly, stamped a pretty big grin across my face.

“At this point, I was happy with my qualifying run and now was playing the waiting game until competition time. My plan was to, once again, complete one lap and call it a day. It’s unfortunate to willingly turn a race weekend into just two laps of seat time, but it’s the harsh reality of trying to preserve equipment for future events. After sitting around for about 2 hours, the announcement for Group A competitors rang through the paddock. I hopped in the car and headed over to my very first pole position, which I must admit, felt incredible! The flag waved and off I went, leading the pack on our out lap before charging into a hot lap. As I rounded turn 9 heading onto the front straight, I apologized to the engine for what I was about to put it through, and sent my right foot to the floor. I pushed through 4th gear, 5th gear, then 6th gear, as 30psi rushed into each cylinder, propelling me to about 145mph. After braking and downshifting to 5th for turn 1, my right foot reached for more throttle… but there was nothing to be had. I immediately lost power, and heard what appeared to be a bad misfire. In conjunction with no power and an odd sound, I noticed water temperature climbing rapidly, almost as fast as oil pressure began dropping. Simply put, something had gone seriously wrong. I shut the car off, to prevent any further damage, and pulled off into the dirt where I then waited for a tow truck. Sitting in 113-degree weather, fully suited and harnessed in, watching all my friends blast by me wasn’t exactly how I had envisioned this day going. Once they all finished their runs, I was towed in. I let the car cool off for a while as I sat in pure frustration, with a flood of thoughts running through my mind.

“Once everything had cooled down, I checked a few things and tried to crank the engine over. The sound I got was the sound of an engine effortlessly turning over with what seemed to be zero compression. Right at that moment, I realized the car was going down and I was in for another engine pull/rebuild session, which could very well lead to this build seeing its fourth engine. It’s difficult to describe the feeling that overcame me after that, especially since I had just murdered my wallet building this engine, just 4 months ago. When I previously mentioned that this sport offers the highest highs and lowest lows, this is a perfect example of what I was referring to. I felt crushed, gutted, demotivated, and overall discouraged. At the very least, the engine was going to need new head gaskets, but that would be the best case scenario, and, deep down, I had a feeling that the damage was much worse than that. Needless to say, my weekend was over and the car was in need of surgery. I began packing up, and managed to push the car back into the trailer with the help of some much needed friends. As I slowly worked to load everything up, my mind was in a million places at once. 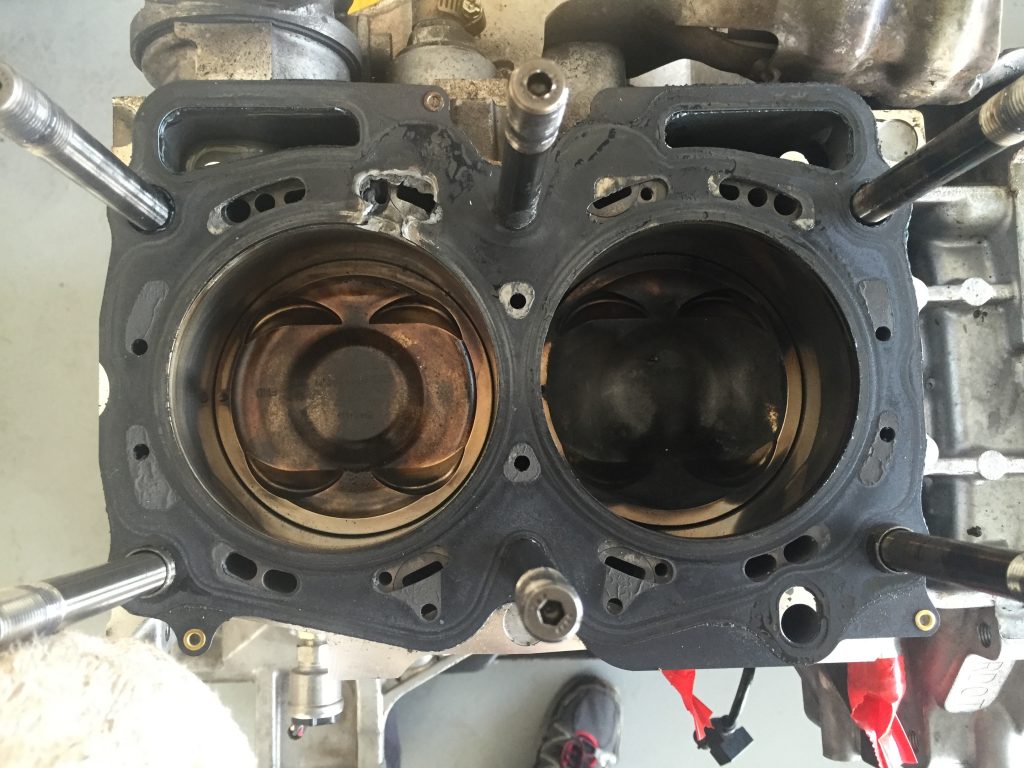 ‘How much damage is lurking inside that EJ25? How the hell am I going to get this thing rebuilt and ready for the next event? How on earth am I going to be able to afford this? How can I possibly keep the sport that I love and have so much respect for in my future when it continues to push me down and require a wallet much larger than mine?’

“If I’m being honest, that last thought brought tears to my eyes. Racing is part of who I am, it’s that simple. It started when I was 5 years old and has gained momentum ever since. The thought of being pushed to quit due to financial reasons makes me sick to my stomach, but, once again, that’s the harsh reality of this sport. It requires so much more than just coming to the track and managing to put down fast laps. It grabs a hold of your life and requires nothing less than complete dedication.

“I’m 26 years old, I live with my parents. I won’t allow myself to work less than 10 hours a day, I refrain from spending any considerable amount of money on food or other non-car related activities, my bank account hasn’t seen growth in three years. I only use sick/vacation days for prepping the car or traveling to a race. I daily drive the cheapest thing I could get my hands on, which happens to be a salvaged title Miata, which has seen multiple accidents and looks as if it’s been beaten and abused since its creation.

“Everything I am and everything I do is tailored and geared towards building cars and pursuing success in competition. Simply put, I do everything in my power to make racing a possibility, which is why that last thought hit me so hard. Putting everything you have into something that you can’t live without, while it continuously reminds you that what you’re doing just isn’t enough, can be a bit hard to swallow… like I said, lowest lows. 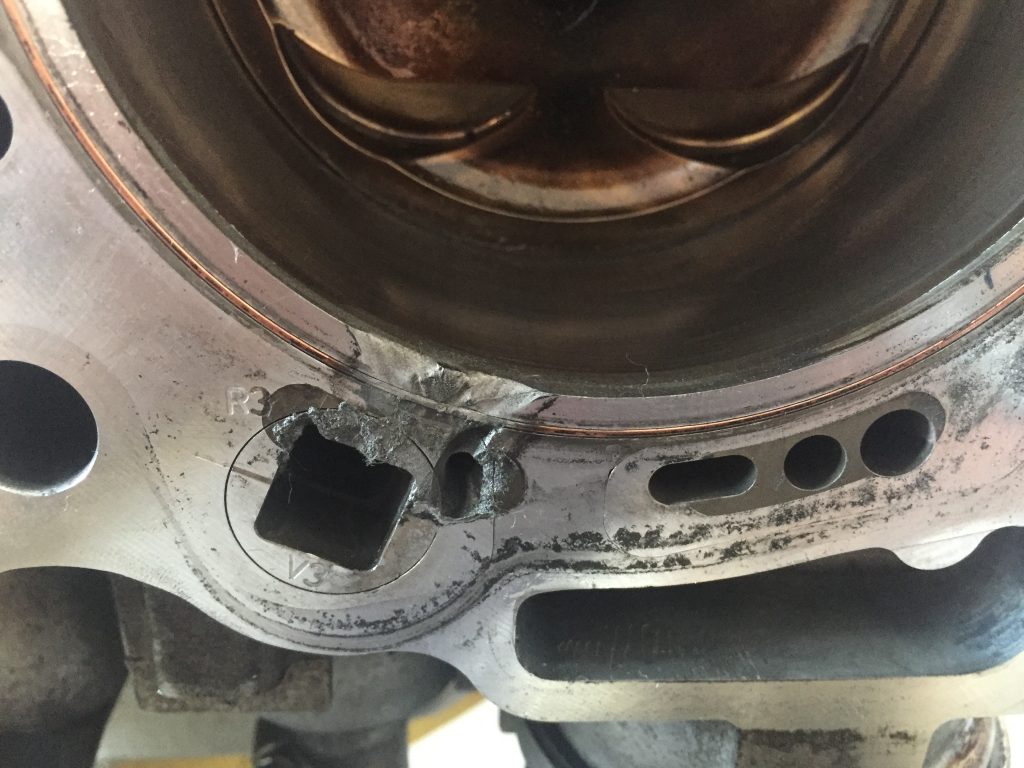 “Regardless of my spinning head, giving up isn’t something I ever plan to be associated with. It was time to get the car home and assess the damage. I pulled the engine and isolated the short block, only to find that I had lost all coolant due to a line rupture, which subsequently caused everything to overheat very quickly. I managed to kill cylinder one with an extreme level of heat that damaged both the block and the head. This meant that the new ‘best case scenario’ was going to be transferring over all of the internals to a new block and new heads. This is when I reached out to Renner Racing Development, to figure out what we could salvage and to get a game plan going. If you own a Subaru, and strive for nothing but the best with your build, then chances are you’ve heard the word “Renner”. I’m lucky enough to compete side by side with those guys, which I must admit, is an honor. Upon contacting Peter, the magic man behind Renner Racing Development, and informing him of what had happened, along with the ridiculous timeline I was facing before the next race, he quickly came up with a plan and treated my problem as if it were his own. I honestly couldn’t ask for anyone better to be working with on my build. The fact that Peter, and his son Damyan, dropped everything they were doing and rushed to help in every way that they could is something I’ll never forget, and I am extremely grateful for. Without passionate guys like them, a lot of what we do wouldn’t be possible. So, to Peter and Damyan at Renner Racing Development – I thank you from the bottom of my heart.

“The game plan moving forward is to have this next engine built, broken in, and tuned in the next 7 days in order to make it to the HKS Speed Ring. Will we make it? Stay tuned and find out!”